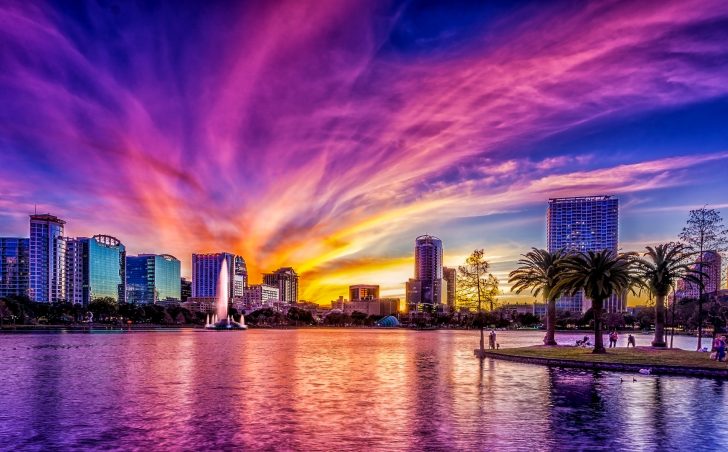 Most tourists come rushing to this city wishing to visit those famous theme parks like Walt Disney World, Universal Studios, Sea World, etc. but there’s a lot more to this city.

With many other attractions, apart from theme parks, it’s no wonder that Orlando has an estimated 52 million tourists a year.

Other cities in the metropolitan area that should be visited by all means include Altamonte Springs, Davenport, Kissimmee, and Winter Park.

It’s also very safe which is probably another reason why it is among the US’s most visited cities.

Still, like in other major cities in North America, some districts can be somewhat dangerous and should be avoided.

The best way to see most of Orlando is to buy the so-called Go Orlando Card which is very useful and can save significant amounts of money as well as help alleviate the stress of planning your trip throughout this city.

New York is a very safe city to travel to, with only a couple of dangerous neighborhoods to avoid. Tourists are unlikely to experience any incidents or inconveniences.

Since this is such a huge tourist city, it's expected that public transport works like a charm and is very reliable and safe. Means of transportation are numerous in Orlando.

There is some risk of running into pickpockets in theme parks and around touristic landmarks, but the rate of petty crime is on a major decline for the past couple of years. Still, it is wise to watch your belongings while on public transport or while in packed theme parks or subway cars.

When it comes to chances of being mugged or kidnapped, they are very low in Orlando. Violent street crime is not a common occurrence but only if you avoid dangerous areas of some cities that even locals rarely dare to walk around.

Orlando hasn't been the target of any terrorist attacks recently, but the attacks shouldn't be ruled out. Be aware of your surroundings at all times.

Just like in other tourist destinations, there will be people trying to scam you in Orlando, too. Be wary of anyone trying to distract you, flashing large signs in front of you or ATMs that look like they've been tampered with.

The city of Orlando is very safe for female solo travelers. Following basic precaution measures should completely minimize the chances of anything going wrong.

So... How Safe Is Orlando Really?

Orlando is mainly a safe city to visit.

However, as in any major city in America, it’s expected that some parts of it are very unsafe for tourists, but if you avoid these areas, you should have no problems.

Such areas in Orlando are Parramore District, an area in downtown Orlando where a lot of the area’s homeless population is concentrated and where crime rates are higher.

Finally, there’s Pine Hills, which is just a lower-income area where crime rates are also higher than the rest of the city.

Don’t linger around the Greyhound bus station in Pine Hills.

These areas aren’t dangerous to a point where you might experience or be victims of serious violent crimes and even the risks that are listed here, are highly unlikely to happen.

Still, tourists stand out in these areas and maybe objects of unwanted attention.

Even though there are minor changes that, as a tourist, you might experience petty theft incidents, it is highly unlikely because petty theft crimes such as pickpocketing and bag snatching have been on a decline for the past couple of years.

Violent crime rates are also pretty low, so you should feel mostly safe here, especially because, since 9/11, most touristic landmarks have been severely backed up by police presence.

How Does Orlando Compare?