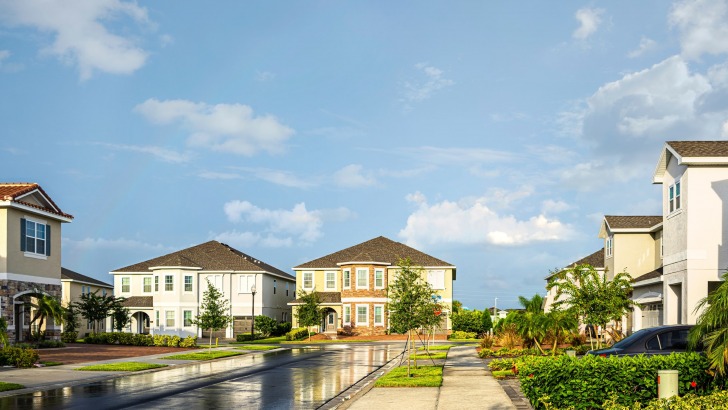 Lake City is known as The Gateway to Florida with its critical placement on the major east/west and north/south interstates.

From I-10 you can get from Jacksonville to Pensacola.

On I-75, it will take you all the way down through Alligator Alley to Miami.

Many trips to Florida wouldn’t be complete without a gas or meal stop in Lake City.

It’s also a great place for a weary road tripper to rest for the night.

There’s much more to see in Lake City beyond the first gas station at your preferred exit.

It’s a natural wonderland of lakes, hence how it got its name.

However, there once was a chance I would tell you about the town of Alligator, Florida.

That was the original name of the city. In 1859, the name was changed to Lake City.

Urban legend says it’s because the mayor’s wife insisted she wouldn’t hang her curtains in a city named Alligator.

I’m guessing it was more than a keep marketing person who realized people were not going to want to visit Alligator, Florida.

Lake City is a small town with just more than 12,000 people, but with all the traffic that moves through there, up to 60,000 people could be in the city at any given time.

It’s a transient town, especially near the interstates, and it comes with a *high crime rate.

*With a population so small, any change in crime numbers could dramatically change the percentage.

Police believe some of the numbers could be skewed because of that, and because there are so many travelers who come through the area.

There's a medium overall risk here. Crime rates are high, but, yes, the percentages are a bit skewed due to the low population and the risk goes down considering the people who travel through here. It's a very "in and out" town unless you are there for work or family. People want to get a quick meal to get on the road again or want to visit a park and then sleep overnight before hitting the highway for another road trip.

Let's be real. If you are in Lake City, you probably already have a car. There's no airport close by, so you'd need to drive from there and it's not a hot spot tourist destination with a lot of shuttle options. It's a good thing you do have a car because there isn't any public transportation I can find aside from trains and busses to get you in and out of town as fast as possible. There are taxis and rideshares available, but in a town this small they might not be as available as other cities. If you can find a ride, there's a low risk.

There were just two pickpocket reports in 2020. The chance is low given that and the fact that just 157 thefts total were reported.

There's a medium risk here mostly in the form of a severe thunderstorm that could spawn a tornado. A neighborhood was damaged in February of 2021 by a tornado. Hurricanes are usually so weak by the time they get to this area of the state that they are tropical storms or depressions, which can still cause flash flooding.

There's a low risk here. 26 robberies were reported in 2020 and 10 of those were highway robberies. Considering all the people who come in and out of the town, that's a low number. Just to show you how the percentages can skew the numbers — when you figure out the crime rate per 100,000 people it's 210, which is three times the national rate.

There's a low terrorism risk here as no hard targets are nearby.

Most of the scams reported in Columbia County, where Lake City is located, were against locals and were garden-variety scams. There's a low risk of the same thing happening to you. As someone who has visited this area several times on road trips, beware of people who approach you at the gas pump with the "We ran out of gas and have no money on our way home and I've three kids in the car" type of scam.

I'm going to call this a medium risk as I've never felt 100% safe when stopping to get gas here. I think it's just part of the transient nature of truck stops and gas stations. Plus, there's a trend among some truckers to honk when they see a single woman driving, perhaps as a mating call of some sort? It just always creeped me out. Also, never answer the question "Where you headed?" when buying snacks inside. Revealing too much personal information could get into the wrong ears. Or you can answer as I do to fend off creeps, "My husband is a SWAT commander and he's meeting me on his way back from tactical training."

The tap water meets or exceeds all national standards, so it's low risk if you want to drink it instead of bottled water or use it for bathing.

Maybe it doesn’t sound like the safest spot to start, but if it eases your anxiety, it was named after a Seminole Chief nicknamed Alligator, and not because of all the alligators that live in the water.

For Floridians, it’s just normal to know there are alligators in freshwater.

Alligator Lake is one of the top outdoor activities in Lake City.

There’s a sporting complex and picnic areas, but people love the trails that weave around the area.

You can also do some fishing or kayaking on the lake.

To get away from it all, head to Osceola Wildlife Management Area, where there are 266,000 acres to explore.

Bring plenty of water as resources are slim in the area.

This is the sight of the largest Civil War battle on Florida soil and 2,800 people died during it.

Every February, the battle is reenacted on this land.

The Downtown Courtyard is a typical small town square with the courthouse as the focal point and businesses around it.

Places to Avoid in Lake City

Crime maps show the area east of I-95 has the highest crime rates, and in most cities, the major interstate corridor brings a lot of crime.

Once you are east of Main Street, the crime rates go down.

If you are just stopping by for a night, avoid any gas stations or hotels that aren’t well lit.

Pay at the pump if you can but look for card skimmers before you swipe your card.

Also, keep an eye out for sex trafficking in this area.

Since two major interstates meet in this area, it’s a prime thoroughfare for sex or human traffickers.

If you see someone, generally a young lady, dressed in cheap, revealing clothing and is with a much older man or woman, that’s a signal.

If the young lady isn’t able to speak for herself or looks scared, that’s another sign.

If she doesn’t pay for anything, but her older friend does, that’s another sign.

So... How Safe Is Lake City Really?

By crime count alone? It’s not too bad.

When you figure that out to the national average of crimes per 100,000 people, it goes like this:

It’s a lower-to-middle-class town with a 22% poverty rate.

Most of the people here love their small town and the outdoor amenities.

Reviews of the city span from “I love my city and the low crime rate” to “I can’t even walk out my front door without being a victim of a crime.”

So how safe is it?

It’s a hard question to answer, but I urge you to err on the side of caution, especially in that interstate corridor.

How Does Lake City Compare?