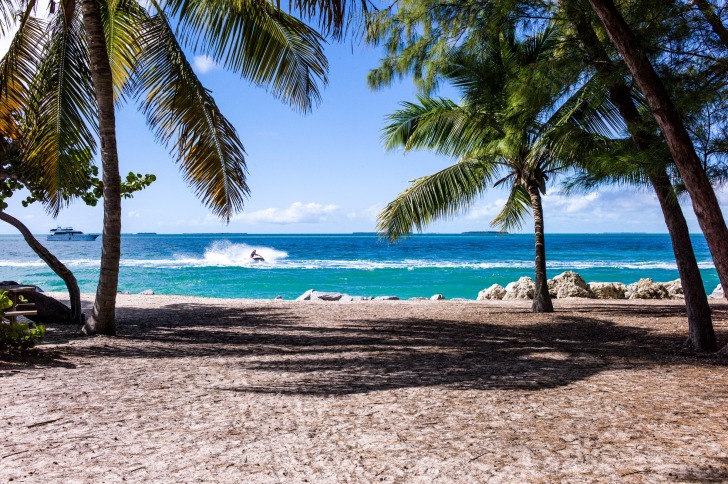 It is a less commercialized, more laid back, version of its neighbor to the south.

It also has a park on the beach and many recreational opportunities.

The beach is less crowded than the one in Daytona and is more family-friendly.

Ormond Beach shares with Daytona the history of automobile racing and was a proving ground for cars in the early days.

The historic winter home of John Rockefeller can be toured, and there are many mansions along the beach.

It is a good launching point for exploring Daytona Beach, Orlando, and Cape Canaveral, and other interesting Florida destinations.

While there are stately mansions, it is also more affordable than some beaches in Florida and has more of a small-town atmosphere.

Ormond Beach has the typical issues that any resort community would have, and it is safer than many. It has been ranked in the 74th percentile, meaning it is safer than 74 percent of cities of the same size. Property crime is a bigger threat than violent crime. It is more laid back than more commercialized beaches to the north and south.

There is not a lot of public transportation available. Some bus lines go from city to city. There are a couple of taxi companies that are a little expensive. If you want to go off the tourist area, you will need to rent a car.

Pickpockets are fading away as people carry less cash and credit cards get more secure. There have been very few reports of pickpockets on Ormond Beach. Even so, it is a good idea to be careful about your wallet or purse.

The beaches of the south always have the risk of a hurricane that can be disastrous. There are plenty of warnings when one is coming, so evacuate if you are told to do so. That is the major risk in this area.

Most crime on Ormond beach is a crime of opportunity. Thieves go after things that are not protected. Muggings or armed robberies are rare here.

Crowded tourist areas are targets for terrorists at times, but Ormond Beach has not had any. More popular places like Orlando or Daytona Beach would be a more likely target.

Fake vacation rentals are an issue at times. Some hotels use an overbooking scam to get you to pay a higher price for a lower-quality hotel. It pays to make reservations ahead of time with a reputable organization. Any deal that seems too good to be true is likely, not true.

Ormond Beach is an upscale resort area with little violent crime. Women travelers are common. The tourist areas are generally safe even at night. It is still a good idea to use common sense safety precautions.

The city provides water that meets all state and federal standards. There have been no issues reported with the tap water in this area. The city is not old, so the pipes are generally safe as well. You can drink tap water here with confidence.

The Ormond Scenic Loop is a 30-plus mile loop through some of the most scenic areas of Florida.

It has easy ocean access, as well as state and city parks.

It is very safe, but you might see a wild animal or even an alligator, along the roadway, and they should not be trifled with.

There are also trails for hiking off this roadway.

The beach is very safe as it is patrolled regularly and lifeguards are on duty in daylight hours.

It is generally safe at night, but there is a slight risk.

The beaches and tourist areas are very safe.

They are patrolled by law enforcement and there is an emphasis on public safety.

The state parks are also very safe, with lots of nature to explore.

The only danger would be from wild animals, and as long as you don’t bother them, there’s little danger.

Alligators can be dangerous.

They will not be on the beach but could be in other areas.

If you see an alligator, stay away.

They are very fast and are dangerous for humans and pets.

Placess to Avoid in Ormond Beach

While the beach is safe, it can also be dangerous.

Heed any warnings about sharks or riptides.

Avoid the beach in bad weather.

Drugs are a bit of an issue, and drug deals happen at night on the beach.

There are some unsavory characters at night on the beach at times.

The beach and tourist areas are very safe.

The further inland you go, the less safe it gets.

The eastern neighborhoods have a higher rate of crime, which are just back from the beaches.

The southwest part of town is considered the safest by residents.

In the east part of town, you have a one in 40 chance of being a crime victim and a one in 77 chance in the southwest.

So... How Safe Is Ormond Beach Really?

Ormond Beach is a very safe town, especially considering it is a heavily visited tourist area.

The City ranks in the 75th percentile of safety, meaning it is safer than 75 percent of other cities nationally of comparable size.

There are 18 crimes per 1000 residents in an average year.

The national average is 40.

There is a difference in neighborhoods though.

People in the east, further inland, have a one in 40 chance of being a crime victim.

In the more affluent areas in the southwest, there is a one in 77 chance.

Few, if any, people live on the beach or in parks, so any crime there will make the crime rate seem much higher than it is.

Theft is the most common property crime.

The property crime rate here is much lower than it is in nearby Daytona Beach.

There is a violent crime every nine hours in Ormond Beach.

Many cities have more than one per hour.

There is very little risk in the tourist areas, but there is some risk the further inland you go.

Robbery is second at less than one per 1000.

You have almost as much of a chance of being murdered as you do of being raped.

Even though assault is the most common violent crime, your chances of being a victim are one in 260 in the worst part of town, and one in 991 in the best part of town.

How Does Ormond Beach Compare?