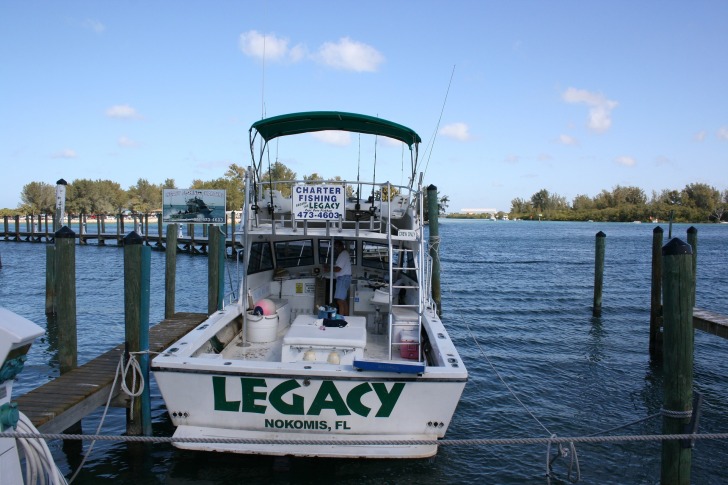 North Port sits in a prime spot in Southwest Florida.

To the west, the beautiful beaches and downtown charm of Venice, and it’s immediately surrounded by Myakka State Park and Myakka State Forest.

The Atlanta Braves call North Port home during Spring Training and a new state-of-the-art facility was built to infuse the local economy and bring baseball fans from all over the world to this small town with big dreams.

North Port is mostly a bedroom community for people needing relief from the high cost of Florida housing.

Tourists have been drawn to this area for its natural wonders, like the Warm Springs Mineral Park where saber-tooth tigers once roamed but now has a mineral-infused hot spring that draws 100,000 people a year to get therapeutic relief.

There's a low overall risk in North Port. Crime numbers are low, police are actively involved in community events and crime prevention, and it's a city that wants to keep growing as a premier destination.

North Port is definitely a "rent a car" kind of place, but if you don't, there's low risk when getting a rideshare or taxi. Sarasota County Area Transit (SCAT) has buses that go through the North Port/Venice area and up to Sarasota. Many people who live in North Port work in Sarasota or Tampa and they've built a great commuter program to share the price of gas and wear and tear on cars. It's a very trusting town like that.

There's low risk. No pickpocket or purse snatching was reported in 2020, the last year data was provided to the FBI.

North Port is prone to hurricanes and severe thunderstorms just like much of the Florida coastline. There's a medium risk because of this. Several hurricanes this century have caused flooding and structure damage, like Hurricane Irma in 2017. Even Hurricane Elsa in 2021 caused major flooding problems. Even a run-of-the-mill thunderstorm in the summer has ripped roofs off homes.

There's a low risk. No reports of robberies impacting tourists were reported in 2020. I've spent a lot of time in North Port myself (as a baseball fan) and never had any issues.

Port cities always consider themselves possible targets of terrorism, but there's a low risk here with busier ports along this coast. The City of North Port does have a detailed plan on its website to educate people about terrorism.

There's a low risk of a tourist being scammed here as many of the reported ones target locals. The one time to be wary is after a storm hits. That's when scammers pop up claiming to be raising money to fix their homes or help donate to a fake charity. If you want to help after a disaster, donate to the Red Cross or a local organization.

There's low risk. I'm a single woman who ventured from the depths of Myakka State Park to the middle of a packed Braves/Cardinals game and never had a concern for my safety.

There's a low risk in the tap water as it meets or exceeds the safety standards required by law. The only pause I give in that statement is if you are visiting during or after a flood, check the city's website for any water boil orders or contamination concerns as flooding can quickly cause problems in the tap water supply.

We’re going to talk about North Port and a few of the surrounding cities.

North Port itself is a residential city that didn’t quite keep up with the commercial demands of its residents.

There’s not much nightlife in North Port, one big complaint among residents.

As a tourist, you’ll be so spent from a day outdoors you won’t even notice.

This ballpark is one of the finest in all of Major League Ball (MLB).

The park also hosts activities throughout the year, like classic car shows and community cookouts.

Warm Mineral Springs Park brings you back to the Florida lifestyle of the 60s, with a hot spring pool at 85° year-round.

The water is loaded with nutrients to soak aching muscles and infuse their bodies with nourishment.

Don’t just get lost in the water, look around at this park, which’s one on the U.S. National Register of Historic Places.

There’s an extensive plan in place to grow this area to make it an even bigger tourist draw.

Myakka River State Park is just to the north.

There are 58 miles to explore here, whether fishing, hiking, kayaking, or climbing high above the trees on a canopy trail.

This is a perfect place to set up camp for days and just live in nature.

There’s no WiFi or television here to distract you, offering a real unplugged experience.

Here you marvel at the trees and marshes while getting some good wildlife viewing done.

You can unplug a little bit more here with campsites you can only get to by paddling.

There are 40 miles of trails here with some designed for horseback riding.

Venice is nearby, and the two cities have a little bit of a rivalry.

If you talk with a local you’ll hear arguments about what’s in Venice vs. North Port, with some Venice residents claiming that gem of a ballpark is technically in Venice, even though it’s a North Port property.

Venice is known as the Shark’s Tooth Capital of the World, so it’s worth some beachcombing before or after wandering the charming downtown streets.

Venice holds several festivals throughout the year as well.

Port Charlotte is to the south, a busier and more commercialized port district.

I’ll be honest, I didn’t spend a lot of time there because I got so caught in Venice and North Port, but Port Charlotte is worth exploring as well.

Places to Avoid in North Port

There aren’t bad parts of North Port as much of the community is new and housing is always being developed.

It’s a middle-class community with some of the nicest people you can meet.

Certainly, the Atlanta Braves wouldn’t have moved from Disney World to North Port if it was a dangerous community.

*Another point of contention in the boundary argument over CoolToday Park is that it’s listed in the master-planned community of West Villages, Florida.

Regardless of anything you read, the city of North Port did the leg work to move the team here and it’s always going to be called a North Port location by city, county, and state leaders.

Traffic can get a little congested in some areas, but nothing like you’d see in the greater Tampa/St. Pete area.

During “Season” (the annual snowbird flock of retirees looking to escape the cold winters), everything in and around North Port gets much busier.

Some communities double or triple in size during Season.

There are only two hotels in North Port, but there are home rentals.

Especially from April to November, look for rentals that are snowbird homes during the off-season.

You can get some pretty great deals.

Just make sure you get proof of ownership and residency and never put a rental deposit down by wiring money.

So... How Safe Is North Port Really?

Again, the World Champion Atlanta Braves left the Happiest Place on Earth to come to a community that wasn’t safe.

The violent crime rate is half the Florida average.

Property crime is 40% less than the Florida average.

Burglary and theft rates are 40-60% lower than the national average.

This is a city that takes care of its town, and once you visit you’re officially part of the North Port family.

In a region that has some more affluent communities, this is a more casual community that accepts you as you are.

I spent a lot of time visiting North Port and the worst thing I had was someone who talked my ear off about the ballpark wasn’t in North Port, it was in Venice and then another man got involved and then a group of women came up and demanded it was West Villages.

I slowly backed my way out of the conversation.

You’ll never meet a stranger in North Port, that’s for sure.

How Does North Port Compare?