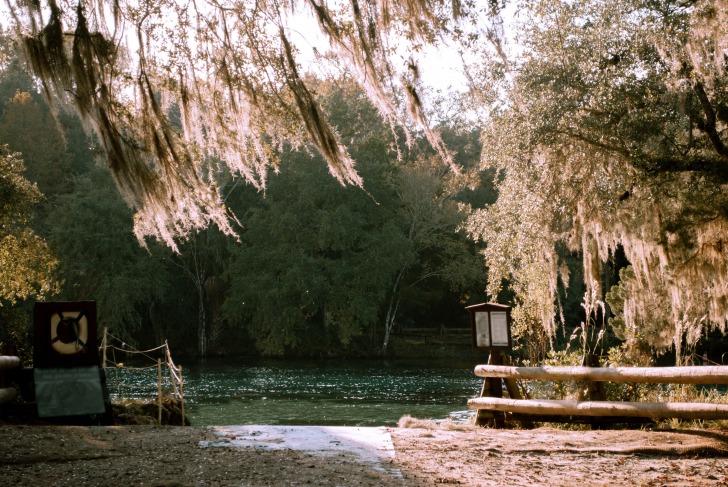 You won’t find sparkling beaches or lighthouses in the inland Florida city of Ocala, but you will find horses.

Lots of them. It’s the “Horse Capital of the World” and has more horses than anywhere else in the United States.

Ocala beach proves you don’t need an ocean or gulf to have fun on the water.

The Ocklawaha River and Lake Weir are just two of the top water destinations in the Ocala area.

(“Ock-la-wah-ha” and “Weer” are the pronunciations of those lakes).

You can kayak, fish, boat, or just sit riverside.

You can wander through a U-Pick farm and get some Florida citrus samples right from the tree.

See where the FBI finally caught up with Ma Barker in 1935 and put an end to the criminal escapades of her family that ranked them “Public Enemy #1.”

For many people, Ocala is a nice place to stop and fill up the tank on a trip across Florida, but they’re missing so much more that can be found in this inland getaway.

He’s had a home in this area for years.

There's a low overall risk, with all crime rates being well below the national average. It's not a top tourist destination, so the shady suspects that come with the big crowds aren't a concern here.

Taxi drivers must be licensed and follow all applicable laws, so there's a low risk there. The SunTran bus system is another safe option with 7 routes throughout Ocala. The city isn't that big, but the activities are spread out, so renting a car is a good idea here to save costs and guarantee the safety of everyone in the vehicle.

The chance of theft is one in 123. Larceny/theft crime has been trending down the past three years. There's a low risk of this happening on your trip to Ocala, Florida.

Ocala is safe from the worst of the hurricanes that hit Florida, and by the time they arrive, they are usually weakened to a tropical storm. Those storms can still dump large amounts of rain and leave flooding. Also, people who evacuate from hurricane areas can fill up hotel rooms in places like Ocala. Severe thunderstorms are common in the summer. There is little to no earthquake risk.

Robberies are especially and surprisingly low in this town with just a one in 3358 chance of being a victim. The most common things stolen are cars. This is a low risk.

There's nothing in Ocala that would stand out to a terrorist organization, so we're going to give this a low risk as well.

There are many reports of scams in Ocala, but mostly ones that affect residents. That means you have a low risk in town, but never trust that scammers aren't getting more creative, so always be aware of deals that seem too good to be true.

Nothing in the crime data suggests women have a higher chance of being a victim of a crime here, and with those low crime numbers, we'll call this a low risk too.

The city of Ocala passed the water test with flying colors for 2020, meaning its water was not found to have any elements exceeding regulations, so there's low risk when using tap water for drinking or bathing.

Safest Places to Visit in Ocala

Ocala is ranked #4 on the list of safest places to live by U.S. News and World Report.

It’s #6 of the fastest-growing places.

There’s so much to do safely here, but you’re going to need to like the outdoors if you want to enjoy most of it.

Yes, you can do the usual kayaking and hiking, like any park, but this one comes with glass-bottomed boats and Cracker Village, and a replica of a 19th-century pioneer settlement.

(“Cracker” is a Florida term for a pioneer settler and their descendants who still live in Florida).

You can get a sample of Ocala history too, by visiting the historic downtown area.

Boutique shopping, antiques, and bistros fill this part of the city.

The World Equestrian Center is a horse lover’s paradise with plenty of dining options.

See if there’s an event happening during your trip at the Florida Horse Park or maybe just take a casual horse ride through the beautiful Ocala wilderness.

Art enthusiasts will love to stroll through the Tuscawilla Art Park.

Don’t miss the Appleton Museum of Art on the east side of town either.

Places to Avoid in Ocala

When you search for Ocala and safety measures, it’s downright confusing.

Some websites claim it’s one of the most dangerous cities in Florida.

Others say it’s so dangerous you shouldn’t even go there.

Yet others claim it’s one of the safest cities.

Our numbers come right from the 2020 crime report given to the FBI and are broken down by major categories that would impact tourists.

All crime categories are lower than the national average.

U.S. News and World Report wouldn’t call a city “safe” if it wasn’t.

You can check out the crime statistics on the Ocala Police Department website and read their annual report with actual numbers of crimes and trends.

Does Ocala have crime?

Is there that “one part of town” to avoid?

I’ve poured through crime maps and the central part of town gets the most crime, and then west to I-75.

The farther east you go, the lower the crime numbers go.

Since it’s not a tourist haven, you want to treat your personal safety as you would in any town.

If you get a bad feeling about a person or place, then leave.

Safety Tips for Traveling to Ocala

So... How Safe Is Ocala Really?

I’m an investigative journalist with more than two decades of experience and I’ve extensively looked at the latest crime numbers in Ocala.

Over the past decade, Ocala hasn’t had a year with more than 500 violent crimes.

It’s still below the national average.

Even when I crunched the violent crime numbers of Marion County in 2020, it still came in below the national average and the numbers are the highest they’ve been since 2013.

This is on par with a national trend.

At least half of the cases in Marion County were “Stand Your Ground” cases.

That’s a law that allows people who feel they are in danger to use force against their attacker instead of running from them.

It’s a lot more complicated than that, but that’s the basics of the law.

For all the websites claiming Ocala is so dangerous, I’m not sure how they interpret or present the data, but based on the real crime statistics as reported to the FBI, Ocala is safer than most cities in the United States.

There is certainly not a targeted attack against tourists in Ocala.

How Does Ocala Compare?