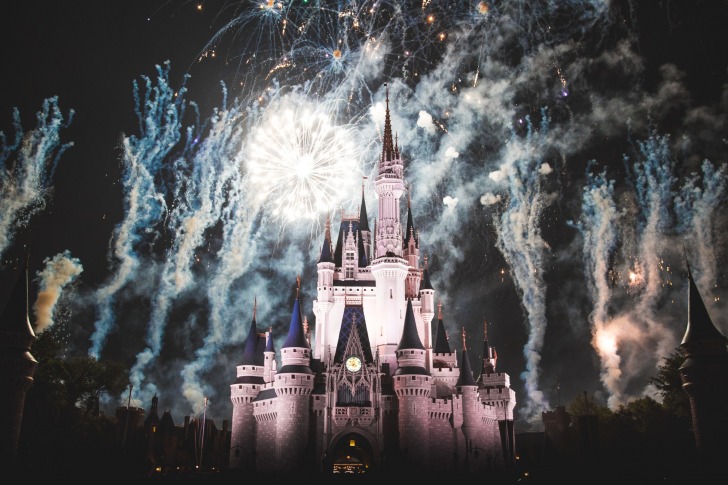 How can one city have one of the smallest populations nationally, yet bring in nearly 60 million visitors each year?

At Lake Buena Vista, Florida, anything is possible.

The city name is nothing more than a mailing address for the world-famous Walt Disney World Resort.

That’s right, it’s time to virtually go to Disney World and learn about the fun and safety at all the parks.

The city is home to more than 30,000 hotel rooms in 25 Disney resorts with more options that aren’t under the Disney brand.

You can’t live here though unless you are a jolly mouse or a little bit Goofy.

The population of Lake Buena Vista is 4.

For those of you who are from out of the country or maybe aren’t Disney fanatics, this is Disney World (or, as the PR people want it called Walt Disney World Resort).

This is the Florida Disney location and it’s two words.

In California, there’s Disneyland, all one word.

I couldn’t keep those straight until I lived in Florida.

Put on your Mickey’s ears and let’s get to it.

Disney is the happiest place on earth and doesn't want to muddle that by releasing non-happy things like crime statistics. Since it's Disney's World, we have to live by their rules. We do have a bunch of insider information and helpful forums. There's a medium risk due to the POTENTIAL for crimes, whether it's you being distracted and walking away from the stroller or someone watching you make a big purchase and eyeing your goods. 58 million people wouldn't visit a place riddled with crime.

There's a low risk and it's like clockwork around here. Your WDW resort should offer a complimentary shuttle from the airport. Ask about that when you book. To get between the parks and resorts, you can take the bus, a boat, or the monorail. If you are driving there, you park in one of the parking lots and then take the bus or monorail around. My plan for this was to park at the place I wanted to end the day. I liked to end with a good meal at Epcot, so I'd park there. That way, at the end of the day, I wasn't shuttling around to get back to my car to rest my weary feet.

There's a medium risk this could happen, but we don't have actual statistics to back it up. Some people tell stories of 300 visits to the park without a single item being stolen, others turned their backs for a minute and lost a baby bag and stroller. I had a special "Disney purse" I brought with me. It was a crossover, and I brought my ID and one credit card with a little bit of cash, like $40. If you are staying at a park resort, you can add a payment method to the wristband you get when you enter the park. Then you don't need any currency at all, and it all goes on your hotel bill.

Five of the six times Disney World has closed was because of hurricanes. Any place in Florida gets a medium risk for that, in addition to the fierce storms that can roll through, mostly in the summer.

There's not a lot of violent crime at Disney World. You'd hear a lot more news stories about it if there was. Disney is mostly about crimes of opportunity and you really control how at-risk you might be. In the rush of excitement, don't get too distracted to practice basic personal safety measures.

There's always going to be a medium risk against a Disney Theme Park, but there's a high focus from law enforcement at the local, state, and national level to protect it, so you don't have to spend any time worrying about that.

The biggest scams to look for are people offering discounted Disney World tickets online or in-person around the Orlando area. This is illegal and it could even be a big old scam. Never take a deal that seems too good to be true. There's a low risk of a scam happening, but there's a bigger potential that someone might try.

Disney World is so attended to that there's never a place a woman would feel scared or alone, even at night. There's a low risk.

Again with Disney, there's no formal report of tap water for Disney World or Lake Buena Vista that I can find. The Orange County water report says all water meets or exceeds standards. There is a low risk but there are a lot of reviews online that say the water at Disney World "tastes funny", which is most likely due to chlorine or another safe element in the water that slightly impacts the taste. Parents suggest bringing a drink mix to add into the water for finicky children (or adults) to be able to drink the water even if it doesn't taste like water at home.

There are also Disney Springs and Disney’s BoardWalk.

I think I’d eat up all the bandwidth on this website if I tried to explain all of them to you in detail.

How do you keep it all together?

Here you can keep track of all the events, attractions, and schedules for each day while learning about the newest places within the parks.

You can also make dinner reservations or order food to go.

You can see wait times and even chat with a Disney Expert if you have a question you can get an answer to on the app.

It’s a must-have for a Disney World trip.

You will need a wristband to travel safely through Disney World, so order one through the app.

This is how you pay for everything from food to souvenirs and go to attractions and shows.

One of the newer options is at Animal Kingdom, where you can go on a nighttime safari for an hour-long ride complete with night vision goggles.

There’s not a single place to avoid in Disney World.

It’s trying to see them all that is the hardest part.

In Lake Buena Vista, you shouldn’t go into other parts of the city outside of the parks.

It’s all Disney property and isn’t open to the public unless you are one of the four people who live there or you work in the industrial area.

When you go to Liberty Square in Magic Kingdom, you aren’t going to have bathrooms close by because it’s a model of colonial America that didn’t have indoor plumbing.

So “go” before you go to Liberty Square.

This falls in line with the reason the streets in Libertyland are brown if you catch my drift.

Avoid going to your favorite park in the middle of the day, if you can time it out that way.

For example, it’s hard to get a good selfie with Cinderella’s castle when it’s packed with people at midday.

If you absolutely must ride Space Mountain, try to get in line first thing.

I visited Disney World at Christmas a few years back and it was so crowded I was close to a panic attack (but I NEEDED a picture with Cinderella so I had to stay there.)

Another little hack, when viewing the fireworks at Cinderella’s Castle, everyone crowds to the front side but the fireworks look just as good from the backside and there is a smaller crowd.

So... How Safe Is Lake Buena Vista Really?

Lake Buena Vista is a city controlled by a powerful company that built its reputation on clean family fun.

The company takes incredible steps to make you safe, even down to the walking path on Main Street being different colors so you don’t trip.

With all the money Disney brings in ($6.8 billion!) you can bet the Orange County Sheriff’s Office is going to work with Disney World security to keep everything as safe as possible and immediately interject when something happens.

You’ve heard about some of the accidents on rides, the monorail, and resorts.

Accidents are going to happen and sometimes they are tragic, like the little boy who was killed by an alligator in a lake outside the Grand Floridian resort in 2016.

Unless you can prove an accident was due to negligence on the part of Disney, you’re going to have a hard time winning that court battle (and Disney has a lot more money than you do).

Some of the most common accidents are slip and falls after a rainstorm or when there’s a spilled drink, or tripping over a curb, and dehydration.

There are first aid areas across the different parks (Check your Disney app for exact locations) if you do get hurt.

How Does Lake Buena Vista Compare?