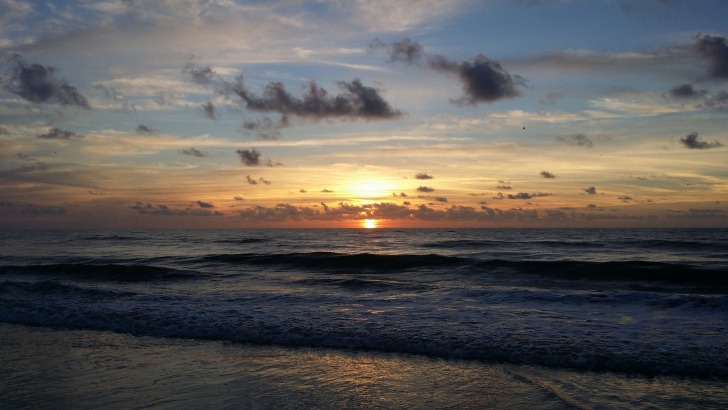 A walk on the beach of Amelia Island, Florida, is a walk through the sands of time.

This island earned it the nickname The Isle of Eight Flags, due to the number of times a different country has staked a claim here.

American Beach was the only one in Florida that ignored the Jim Crow segregation laws that were enforced before 1965.

It’s a tradition in Florida for every coastal region to have a nickname, and this is Florida’s First Coast.

There’s so much packed into an island just four miles wide and 13 miles long, including a fort that was never finished, the most valuable missing ship in history rumored to be off the coast, and a desperate attempt to stop development from destroying a historic plot of land.

The island itself is home to several communities:

Amelia Island has won numerous accolades over the past few years for being one of the best islands in the country and the world.

It’s easy to get lost in its beauty, but don’t forget the incredible history that brought it here.

There's a low overall risk here. Crimes are exponentially lower than the Florida and national averages. Fernandina Beach is also one of the wealthiest cities in North Florida, so there's a certain expectation of safety that comes with being affluent.

There's a low risk of using public transportation but there's also a low risk of finding one that suits your needs. A car is highly recommended here. There are taxi services available. Rideshares are available but can be limited due to the small island size. There is no community shuttle or bus system.

There were no pickpockets or purse snatching reported in the past five years. That's low-risk if I've ever seen one!

Hurricanes are the biggest concern here with the season running from June through November. Amelia Island has seen her fair share of hurricanes over the years. Several were so strong they led to the rewriting of history with the devastation left behind. It's important to know that if a Category 1 hurricane is headed toward the island there will be a mandatory evacuation. No exceptions. This is a medium risk for hurricanes and the summer thunderstorms can be brief but intense.

There were two robberies in 2020 and both were in local homes. You've got a low risk of causing that number to jump.

There's a low risk of a terror attack here. It's a small island and far enough away from a big city that there shouldn't be a concern about it.

There's a medium scam risk here. Rental scams are popular across all of Florida. This is when a scammer posts a fake rental listing at a low price and steals the deposit money. Some local scams shouldn't impact tourists, but just a heads up — don't click a link if someone sends a message saying "We have your package, click the link for more info" or get pressured to buy a gift card in demand for an "overdue bill."

There's a low risk for women here. Some of the fanciest resorts, like the Ritz Carlton, have locations on Amelia Island with spas catering to women.

The water meets or exceeds all EPA and local requirements, so there's a low risk. The city hasn't had a violation of water quality since 2016.

From the old world to the new world, Amelia Island has so much to offer.

Fort Clinch State Park is a great place to start on the north end of the island.

The fort is the focal point with its majestic row of cannons (hint: they are fired the first weekend of every month) and you can walk through the brick walls of history in the steps of a confederate soldier.

There’s a fascinating story of the “fort that was never finished” and the role it played in several historical moments.

The park includes hiking trails and a beach.

I was going to call the historic downtown area of Fernandina eclectic, but since it is rated as one of the “Quirkiest Towns in America,” we’ll go with quirky.

You can enjoy cobblestone sidewalks along 50 blocks of shopping and dining options.

You’ll be as likely to see a pirate as you are a horse-drawn carriage.

Art adorns every block of this community.

There are several museums to put on your Amelia Island bucket list.

Start at the Welcome Center, which is also a shrimping museum (quirky, remember?) and is part of the Amelia Island Museum of History.

Here you can learn about the “eight flags” history of the island and how shrimp played a role in its development.

Farther south is the A.L. Lewis Museum at American Beach, paying tribute to the African American heritage of the island.

After the civil war, slaves from Amelia Island formed their own self-sustaining community called Franklintown.

The area then later transformed into the only beach resort town for African Americans during segregation.

The Amelia Island Lighthouse is the oldest still operable lighthouse in Florida.

There are tours twice a month, but it does not include ascending the tower.

Places to Avoid in Amelia Island

There aren’t any parts of town to avoid due to the dangers of crime.

The crime rate is just too low.

Of course, that doesn’t mean letting your guard down.

You still need to lock the car door and keep personal belongings out of plain sight.

You still shouldn’t wade hundreds of feet into the ocean with your purse sitting by itself on the beach.

You do need to avoid the dunes and only use designated walkways to get to the beach.

There are hefty fines for disturbing the dunes or taking seagrass.

You also need to be sure you are on a public beach.

For the simplicity, the Amelia Island beaches have, there sure are a lot of confusing points.

The rules vary whether it’s state, county, or local beach.

There are beaches on private property and you can only walk along the shoreline when walking through.

If you’ve heard you can drive on the beach here, that changed.

There is now no driving on the county beaches except for a small group of exempt people.

Amelia Island State Park does allow it, but the vehicle must be 4X4 and there’s a strict limit of how many vehicles are allowed on the beach.

The county beaches are open 24 hours a day, but the parking lots are not.

So... How Safe Is Amelia Island Really?

When a ghost tour is the most dangerous thing you are going to do, a city is safe.

Honestly, I have a full mathematical process I go through to break down all the crime statistics in cities.

For this area, it wasn’t needed.

Again, keep in mind these are the crime rates for Fernandina Beach only, as it’s the only actual city on the island.

Those are the numbers according to the population, but also include the 1.5 million people who visit this area each year.

How Does Amelia Island Compare?