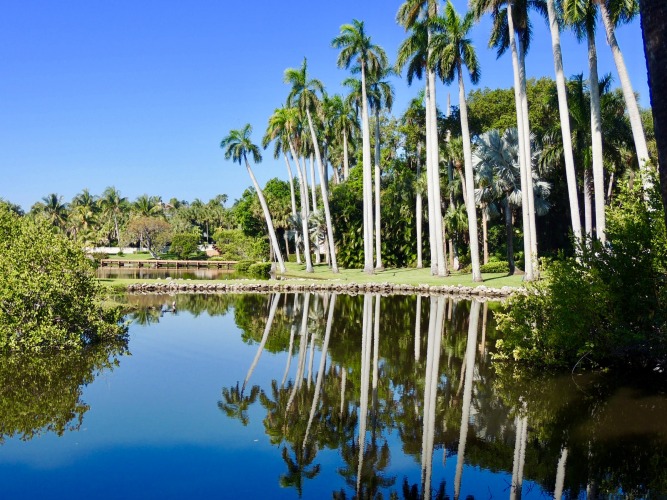 When you’ve had enough of beach crowds, full parking lots, and restaurant lines in the Tampa/St. Petersburg area, you can “run for the hills” of Palm Harbor, Florida.

Rolling hills, undeveloped beaches, and a suburban lifestyle away from the hustle of the city fill Palm Harbor.

Golfers will recognize this city’s name because of the nationally-known Innisbrook Resort & Golf Club.

So many tourists stop going along the shoreline at Clearwater Beach, not realizing what lies north.

Palm Habor is 11 miles north along the coast with its vibe and atmosphere.

You’ll especially appreciate the view along the way in Dunedin (Duh-NEE-din) where the building height limits let you see the coast.

Palm Harbor is a city that will quickly feel like home, yet allow you close access to all the big attractions of the Tampa Bay area.

Lovebirds will cherish their time on Honeymoon Island and wait until you see what I’ve got in store for your anglers reading this.

Palm Habor is a safe place with low risk. The city is policed by the Pinellas County Sheriff's Office, so getting specific crime data isn't as easy as other locations with a police department. That is because counties put out county-wide numbers while departments only focus on their cities. So we'll get the answers for you, just not using the traditional method of math. Giving you Pinellas County numbers would greatly distort the true safe nature of Palm Harbor.

There's a low risk here. How could something called the Jolly Trolley be dangerous? But seriously, the trolley runs throughout Pinellas County for just $5 a day and you'll get to see Clearwater, Dunedin, and Tarpon Springs. Rideshares and taxis are also available, all regulated and licensed by the county.

There's a low risk of being pickpocketed here as long as you follow basic safety steps. There aren't large tourist crowds mixed with thieves looking for a steal and this community watches out for others.

Hurricanes can happen in any coastal town in Florida, and if you're staying west of Palm Harbor Boulevard, you are in a potential evacuation zone if a storm is approaching. There are also strong but brief summer storms that hit this area with dangerous lightning, torrential downpours, and dangerous winds. All that gives it a medium risk because there are strong weather events, but day-to-day the weather is pretty darn near perfect.

There's a low risk, but there are no statistics to back this up. I'll be honest about that. Palm Harbor hasn't released any city-specific crime data. Even doing an extensive search for "robbery", "mugging", "shooting", and the like, in search engines doesn't bring up more than a handful of incidents over the past few years. Property crime is probably going to be a little bit higher here simply because there are a lot of homes in nice neighborhoods.

Palm Harbor is still close enough to a major metro area that we'll give it a medium risk, but it's the low end of that scale. Terrorists like to target large populations and the Tampa/St. Pete area has more than three million residents.

The scams here are mostly targeted at residents via phone or through financial fraud schemes. One woman here was accused of scamming retail giant Amazon for $168,000 after returning 42,000 packages (!!!) claiming she had paid for the shipping and getting reimbursements. Wow. Anyway, there's a low risk for tourists.

Women, you're safe here. There's a low risk here. One of my closest friends grew up in this area and even when she moved around for her career, not only did she come back to the Tampa area, she insisted on living in Palm Harbor because it's so safe, yet so close to the city.

The water is safe with low risk. It meets all requirements and is tested daily.

From Honeymoon Island to the White Chapel, love is in the air in Palm Habor.

Honeymoon Island started as a romantic place for lovebirds to say their vows on a touch of unspoiled beach with a few love shacks built.

History got in the way and, in the end, the state of Florida purchased the land but kept the hallmark name of Honeymoon Island, though you can still schedule a wedding service there.

Take a ferry ride to Caladesi Island, which was one with Honeymoon Island before the hurricane of 1921.

That’s why you’ll go through Hurricane Pass on the way to Caladesi.

The White Chapel has gone through a lot of functions since it was built in 1924, but it’s now a historical market and banquet hall, but it’s an Instagram-worthy moment.

Downtown Palm Harbor holds the historic design of its founders with modern upgrades to create a quaint shopping and dining experience.

Several festivals and art shows are held here throughout the year.

Take a break from the heat and visit the Palm Harbor Museum to get a dose of Florida history.

Wall Springs Park is a big outdoor destination here, watered by warm springs that once served as bathing houses (what we now call spas) in the early 1900s.

It was once touted as a “Fountain of Youth” to lure in tourists.

There’s a boardwalk and a viewing tower where you can see clear out to the Gulf of Mexico.

There are many wildlife viewing opportunities too.

If all that isn’t enough to go ape about, how about visiting the Suncoast Primate Sanctuary?

You can see more than 100 primates being cared for at this non-profit haven.

Places to Avoid in Palm Harbor

Palm Harbor has its own “Death Valley” and it’s something every tourist needs to know.

Locals have given that nickname to the stretch of road along U.S. 19 from Curlew Road at the south end to Klosterman at the north end.

In a five-year span, nearly 2000 people were hurt in traffic accidents and 17 were killed.

This road IS a major thoroughfare for the city and it’s a busy business, shopping, and dining area, so it’s hard to avoid.

Other than that, there aren’t bad neighborhoods or places to avoid.

Most beaches in the area close at sunset, so you could get in trouble (or danger) walking the beach at night.

In this part of Florida, at the height of summer, sunset isn’t until after 9 pm.

So... How Safe Is Palm Harbor Really?

The crime statistics we can get from this city show an overall ranking well below the national average.

You still need to use basic security measures.

Don’t carry around a large purse with a lot of stuff.

A backpack might be a better option since it’s more secure for your body.

Pay what you can in advance or through your mobile app so you don’t carry a large amount of cash around.

Bring water wherever you go because it’s very sweaty in Palm Habor, no matter how hard you try.

I remember when I first moved to Florida I asked my hairdresser “Does everyone sweat this much?

Or is it just me?

Will I ever not look like a sweaty mess in the summer?”

She laughed and said “That’s what ponytails and hats were made for.

We are all just used to it.”

How Does Palm Harbor Compare?