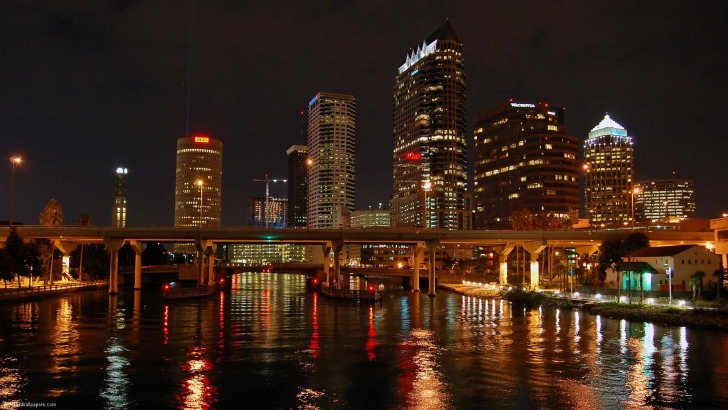 The city of Tampa is the county capital of Hillsborough County, as well as the largest in West Central Florida.

Tampa is a lively city: it offers pro football, baseball, and hockey; lots of live music venues and just about any activity on a national tour will pass through.

There’s plenty of clubs whether you’re looking to dance or hear a wide variety of live music, and the city is very diverse in many ways, whether ethnically, socially, culturally, or politically.

Tampa is one of the fastest-growing job markets in the nation and has robust growth in professional fields as well as blue-collar jobs.

Overall, there isn't much to worry about in Tampa, when compared to other cities in America, though it does have some rough neighborhoods. It's best to be aware of your surroundings at all times.

The means of transport in Tampa are problematic as it tends to be scarce, but it's overall safe - as safe as it can get in a city of Tampa's size.

Pickpockets aren't the biggest threat in Tampa, though you might encounter bag snatchers. Don't be too worried, but you should remain vigilant after dark and in crowded places.

Tampa's coastal location and topography make it significantly vulnerable to a wide array of hazards, including hurricanes, floods, tornadoes, and sinkholes.

Tampa is mostly safe when it comes to mugging and kidnapping, but it is recommended that you avoid poorly lit and deserted streets and dangerous areas known for street crime

Excluding isolated mass shootings, Tampa hasn't been the target of any terrorist attacks recently, but the attacks shouldn't be ruled out. Be aware of your surroundings at all times.

There aren't many scams in Tampa. Still, be wary of people trying to distract you to steal from you and of people overcharging you for various services. We advise you to be extremely careful when handling money and around ATMs.

Tampa is somewhat safe for female solo travelers. There are no issues that would endanger females specifically but general caution is advised. Following basic precaution measures should minimize the chances of anything going wrong.

So... How Safe Is Tampa Really?

Luckily for its residents, the dangerous areas in the city have been cleaned up greatly over the last decade.

It is feasible to live in a very safe neighborhood on a budget.

Such areas are, for example, the part of town surrounding Busch Gardens, USF and University Square Mall, as well as some rough areas of East Tampa, Sulphur Springs north of Seminole Heights, and Old West Tampa west of Downtown across the river.

When it comes to the safer areas, generally you can tell the neighborhood by driving around North Tampa, Carrollwood, Citrus Park.

Any neighborhood to the North of citrus Park is going to be safer, have great schools, low crime, better amenities.

As far as other dangers go, Tampa is particularly susceptible to hurricanes, so you have to be prepared if such a situation arises, and be ready to move as soon as you see the first lightning.

How Does Tampa Compare?