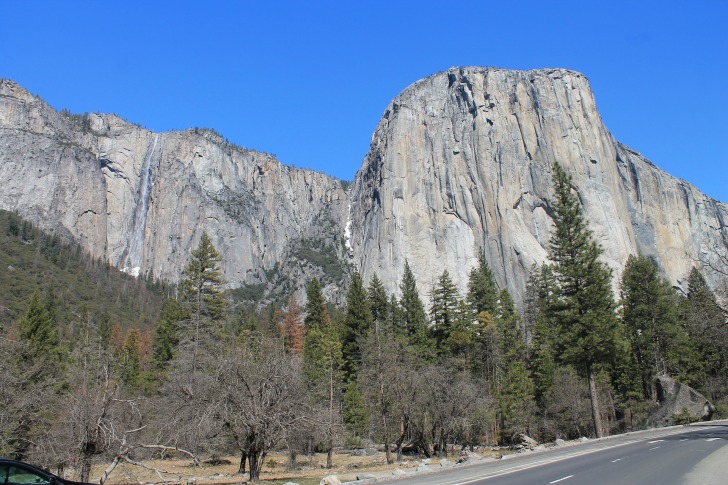 Merced, California, is known as The Gateway to Yosemite, but it’s much more than a fueling stop on the way to one of the best natural wonders of the world.

The city is nestled in the San Joaquin Valley, two hours east of San Francisco.

The central location makes it a great stopping point for an adventure in all directions.

True Crime junkies might recognize this city as the home of serial killer Cary Stayner aka The Yosemite Killer.

UC Merced is a growing university in this area and brings a lot of students and young professionals to the area.

Merced offers outdoor activities without going all the way to Yosemite, but you can also enjoy many things in the city.

There isn’t that historic downtown area as some small cities have, but there are so many museums and cultural opportunities throughout the city.

There's a low overall risk in Merced. It's a small town but is densely packed with people and places. While the average crime rate makes it one of the top 50 most dangerous cities in America, it's also not running rampant with crime.

There's medium pickpocket risk here with 16 reported cases in 2020. That's much higher than other cities of its size.

Earthquakes and wildfires are the top two disaster concerns. Smaller earthquakes have been known to rattle the area, but the locals are used to them. Wildfires can cause air quality impact and get close enough to cause evacuations.

The terrorism risk is low. This is a small town surrounded by wilderness. There's not a major target around.

The scams here are targeted at locals, like the man who claimed to be an attorney and represented several families before officials realized he was using a dead attorney's credentials. There's a low risk of a tourist being scammed.

The tap water meets all requirements and there's a low risk. The biggest tap water concern is that it might run out. The state of California is taking some of the water that served Merced County and giving it to northern California. There's a big battle over that with an initiative called Save Merced Water.

Safest Places to Visit in Merced

I got a little nervous when a popular website put the post office as one of the top attractions in Merced.

In case there’s any confusion, the city name is pronounced “MUHR-said”.

The city is like a suburb, with big box stores and no certain neighborhoods, each with a different flair.

It does have some great stopping points throughout the city.

The Applegate Park Zoo is a great place to see some of the wildlife saved from throughout California.

If you’re feeling extra generous, they need cotton towels that the monkeys sleep within their habitat.

Just north of the zoo, the Merced Mall could be a great place to get some last-minute items needed for a trip to Yosemite.

The lake is man-made and serves the agricultural community in the region but makes it a great place for hiking or boating. It’s $6 per vehicle to get in.

Fahren’s Park is a popular local spot for some disc golf or biking.

The city of Merced is very bike-friendly.

It has the most extensive bike path layout in the nation.

Cyclists can get to any location in the city by bike.

With more than 70 types of military aircraft, it could take half a day to see them all.

You can also tour Air Force One from President Ford through George W. Bush eras.

This is where I’d start my day — the Hilmar Cheese Company.

The headquarters for the global company is right in Merced and you can get tours of all the gouda goodness or take a bite of grilled brie in the cafe.

Places to Avoid in Merced

Crime maps show the area north of the Golden State Highway to Bear Creek Road has the highest number of crimes.

It’s not an area to avoid, but just be more vigilant in that area which includes downtown.

There isn’t a bustling nightlife scene in Merced, so you might want to read online reviews before heading to a local spot.

There are mostly chain restaurants for dining.

This isn’t a place for foodies.

Avoid walking around at night haphazardly.

It’s a central California community, which means there will be gangs, homeless, and drug issues.

There were several travel forum reports of homeless people approaching as soon as they got out of their car, so don’t bring any belongings with you that you plan to leave in the car.

If you don’t like heat, then the summers are going to be rough for you here.

Even the average highs are in the upper 90s and in 2021 the city broke the hottest temperature record when it hit 108.

Safety Tips for Traveling to Merced

So... How Safe Is Merced Really?

Merced is not a city built for tourists.

It’s a working town with an agricultural dynamic and home to a great university.

The majority of people who stay here as tourists come to or from Yosemite.

It’s a small city, which means the statistics done the traditional way can easily be skewed.

The city has 86,000 people and here’s how the crime risks break down:

There are parts of the city that are gritty.

There is a problem with the homeless downtown.

Gangs do mark their territory with graffiti and don’t take kindly to strangers.

On the flip side, the city is working on a homeless initiative to get 20 people a month into housing.

There’s a gang task force working to cut down on gang crime.

You have to appreciate Merced for what it is — a basic city with outdoor adventures everywhere and some cool museums in town.

How Does Merced Compare?