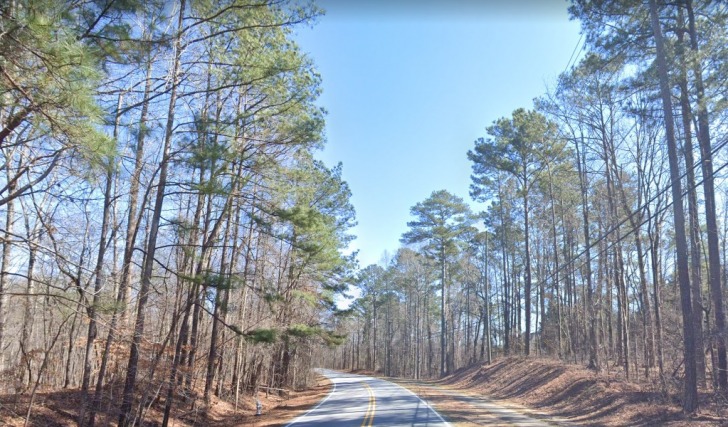 South Fulton, Georgia is one of the newest cities in the Atlanta metro area and thriving as the eighth-largest city in the Peach State.

What makes that statistic really odd is that there isn’t a single hotel in South Fulton.

You’re going to need to go another 15 minutes south along I-85 or closer to Atlanta along I-285.

The city boundaries of South Fulton are also literally all over the place.

We’re going to talk through the region as a whole, with specific crime numbers from inside the South Fulton Police Department jurisdiction.

This is a community that is 91% African American with a Hispanic/Latino and Caucasian presence as well.

City leadership celebrates the Black pride of the community and wants to enhance the living experience, not make it any less diverse than it currently is.

There’s a new mayor who has ideas to change everything about the way the city has been run over the past five years, including the name.

By the time you visit, it might be called something other than South Fulton.

One of the challenges that the mayor faces is the exorbitant crime rates. There's a medium risk when traveling here because any way you dissect the numbers, there's a concerning number.

The MARTA bus system does come to one stop in South Fulton. There's also a Fulton Countywide bus system, but it only runs until 4:00 pm daily and it's quite confusing to figure out where it goes and at what time. Rideshares and taxis are available. I have no numbers that suggest perfectly if this is a low or medium risk, but waiting at a bus stop here isn't the safest idea for a tourist. To err on the side of caution, I'd call it a medium risk.

Surprisingly, of the 1850 thefts that occurred, not one of them was a pickpocket or purse snatching. The downside is the violent crime rate is one in 103, so that means there's most likely a bigger chance someone will take your stuff by force than by trickery. There's technically a low risk, but keep your belongings secured and bring only what you need with you in public.

This city faces the risk of tornadoes as the most destructive element. Severe thunderstorms are common as well. You'll get plenty of notice before a storm comes, but you had better get to a safe spot when there is a tornado warning or you could get seriously hurt.

There's a medium risk of mugging happening here. In mid-2022, an armed robbery suspect was caught on camera smashing into a semi during a chase with police. There are just a lot of ruthless crimes here.

This is a medium risk due to its proximity to Atlanta and not because South Fulton is a target. Atlanta is the largest city in the South and will always be a focal point of Homeland Security.

There is a low risk of typical tourist scams, but there is a lot of scamming going on in the city. One scammer hijacked the fine payment line at the courthouse to steal money from people. There is a home rental scam. While it doesn't target tourists specifically, it could. This is when a real listing for a home is altered by scammers who keep all the home details intact but add their own contact information. They steal the deposit and run, leaving people without their promised rental. Never send money via wire to hold a rental home. Since there are no hotels in South Fulton, you might be looking for a rental. Be sure the landlord can prove ownership and a rental license before committing to anything.

Women have a medium risk here due to high violent crime rates. The sexual assault average is below the national level, but not by much. Recently, there was a Stop the Violence rally at a local park and someone not affiliated with the rally was shot and killed just a few feet away. When someone can get shot near a peaceful rally in broad daylight, I can't in good conscience give it anything but a medium rating.

The annual water quality report for Fulton County shows no violations and a drinking water supply that is low risk and meets or exceeds all requirements at the state and federal levels.

There’s not a whole lot to do in South Fulton by itself, and I’m not just saying that.

Even the “Tourism” section of the website is empty.

The Georgia Tourism website doesn’t have a South Fulton section either.

This is one of the challenges of being in a new city and having to start a lot of planning from scratch.

The problem with South Fulton is that as of 2022, only 15% of the area was zoned to be commercial properties.

The new mayor is working to fix that.

The Atlanta Campaign Heritage Trail is a road that takes you along many historical markers of the Civil War throughout Atlanta.

The road does run through South Fulton, so it’s a great activity to hop in the car and drive around Atlanta looking for all the markers.

The Campbellton Creek Nature Preserve is on 81 acres and will include walking trails and wildlife sightings when complete.

It’s still being worked on as of May 2022, but hopefully, it will be finished by the time you arrive.

JD’s Horse Ranch is a place where you can go on trail rides with horses and a guide.

If you aren’t sure how to ride a horse, you can even take a lesson there.

You do have to make an appointment for a ride.

There you can do trap or skeet shooting and you don’t need reservations.

Beginners shouldn’t feel nervous because there are skill levels for everyone.

You probably didn’t bring your shotgun on vacation, so you can rent one on-site.

From South Fulton, you are also just 20 minutes away from Six Flags Over Georgia in Austell.

The park is open from April through September.

There’s a water park there as well.

The BIG Six Flags White Water park is in Marietta.

You can buy tickets for both at a discounted price.

Places to Avoid in South Fulton

Here’s the thing – if you don’t have a reason to be in South Fulton, don’t go there.

That’s not because you are in imminent danger, but there just isn’t much to see or do here unless you are visiting friends and family.

Then they can tell you there isn’t much to see or do here.

The city is poised to someday be a retail and commerce hub if the local leaders have their dreams come true and hard work pays off.

The city is just five years old and working through a lot of growing pains and ironing out the kinks.

The city limits are scattered all over and around other cities, like Union City, Fairburn, and Palmetto.

The highest crime areas in the city are along major interstate routes and main roads, which isn’t different than other cities.

When there’s a homicide at a place called “Welcome All Park”, you really need to think about whether it’s a good idea for you to visit there.

It will help if you know someone in the area to tell you the best local restaurants, as a few looked quite delicious with names like Greedy’s and Gut Busters.

So... How Safe Is South Fulton Really?

The drug trade and gang activity drive a lot of violent and property crime.

Even though you aren’t a drug dealer or gang member (you aren’t, right?), there is still a risk of being an innocent victim of a crime near you, though the large majority of violent crime is against people who are known to their assailant.

The police department here is working with a community policing model to patrol the streets, form relationships, and have the community help with reporting issues.

The crime rates in 2021 were down in all key areas from 2020 except for homicide.

While the numbers aren’t very safe right now, there is progress being made and this kind of big reform doesn’t happen overnight.

If you are parking a car here, I implore you to follow strict safety protocol by locking the doors and rolling up the windows every time you park.

Leave valuables at home and nothing, not even the GPS stand, should be left visible inside the car.

Again, you see progress, but still, a concerning enough number to even bring that pack of gum on the center console inside with you.

Here are the risks of being a victim of crime in South Fulton:

South Fulton is a city in disrepair but rebuilding with some really incredible leaders and a ton of community support.

The downside for a tourist is that there aren’t hotels in the city and you don’t have those big attractions to see here in a metro area flooded with big attractions.

How Does South Fulton Compare?