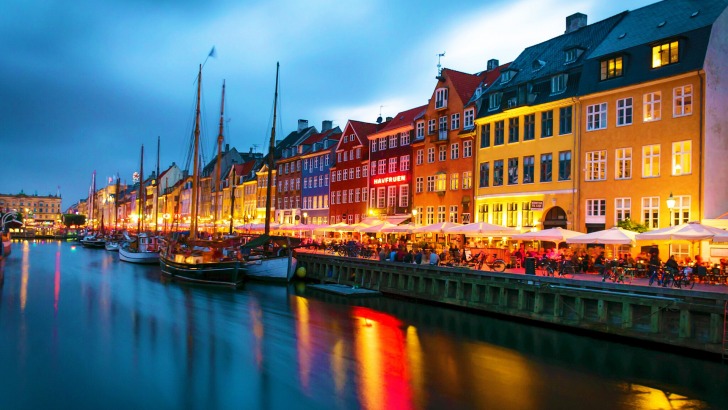 Denmark - safety as a country

Copenhagen is the capital of Denmark, a very safe and very beautiful European country.

It’s considered to be a cultural and geographic “link” between Scandinavia and Europe.

The magic of Copenhagen is that it offers it all – the best of both worlds: whatever you’re into, it’s got it.

It’s where you can listen to cool jazz and then go out and enjoy the electronic sounds blasting from Copenhagen’s basements.

Tourists usually feel like they’ve seen it all while here, but there’s a lot more to discover, and you’d be able to find new Danish gems here week through the week.

Copenhagen is overall a very safe city to visit, even compared to other capitals in Europe. However, it does have some dangers though using your common sense should get you out of any trouble.

Even though Copenhagen is not exactly crawling with pickpockets, it is, after all, a capital city and it has its share of pickpockets on the buses and trains. When they do operate, they usually do so in public transport.

Even though Copenhagen is not exactly known for pickpockets, and the rate of petty crime is low, it is still recommended to remain vigilant at all times.

There are almost no natural disaster risks in Copenhagen. Sometimes earthquakes do occur, along with mountainous and coastal cliff collapses.

Muggings do not happen in Copenhagen, nor do kidnappings. However, it is best to avoid strangers offering your drinks, or any kind of help, and be wary of people trying to distract you since it might be a trick to steal something from you.

Even though were no terrorist attacks in Copenhagen's recent history, tourist should remain vigilant and be aware of their surroundings at all times.

Copenhagen is not known for people scamming you, but tourists should be careful either way since, in any country, tourists are an easy target for scammers.

It's safe to say that there are no risks for women traveling solo in Copenhagen. You can relax, but remain careful and stay out of dangerous situations such as finding yourself alone with strange people, or in poorly lit or empty streets.

So... How Safe Is Copenhagen Really?

It is a city with almost no risk of natural disasters and unlike most other European capitals, the crime rates here are average and common sense should keep you out of any trouble.

It’s even safe to hail a cab right off the street and not worry about the taxi driver overcharging you or scamming you in any other way.

However, this city has recently experienced a rise in gang violence, especially among immigrant groups.

These incidents are typical for the main immigrant enclave of Nørrebro in northwest Copenhagen.

Other parts of Copenhagen where it is recommended to stay vigilant include Orsteds Parken, where travelers have reported being solicited by gay men.

You are also strongly advised against traveling through the western suburbs or outside the City Center.

People have described these men as large and dressed in leather, and even though they will leave you alone if you say no or walk away, their intimidating physical appearance has scared many tourists.

Since the capital is known for its nightlife, you can expect to run into groups of drunken people, but don’t worry since these instances rarely end with an incident of violence.

How Does Copenhagen Compare?