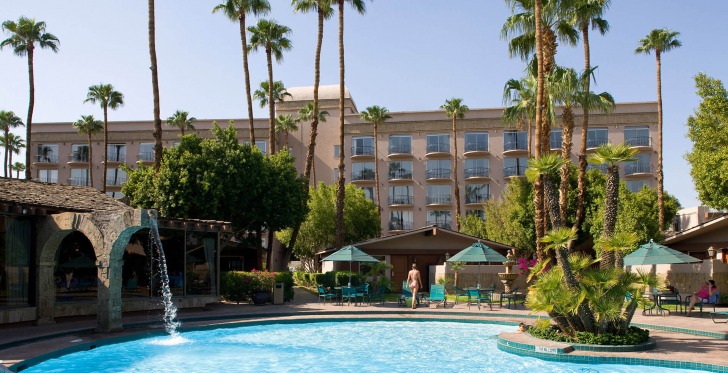 Mexicali is a city in Mexico, located in Baja California.

It is the capital of the state of Baja California and is located immediately across the border from Calexico in California.

It has a population of around 1.0 million people and the highest living standard in the country: a day of minimum wage work equals about a week of the average Mexican income.

It’s also considered to be extremely progressive for its significant investments in education and low unemployment.

Also, it always has been one of the safest border cities in Mexico, and the safest of its size.

Mexicali is a large city, with some parts very safe for tourists, and others dangerous. Just in case, you should apply all possible precaution measures, to minimize the chances of anything going wrong.

Be very careful when you ride on public transportation as this is one of the primary places where pickpockets operate. You should always try to call your reliable taxi driver instead of hailing one on the streets.

Pickpockets are a common occurrence here and bag snatching is a very common issue in Mexicali, especially in public and crowded places like bus and train stations and airports. Keep your belongings by your side at all times.

Mexicali is somewhat prone to earthquakes. They're not very common but you should still be aware of this and take necessary precaution measures in the off chance it happens.

Muggings and kidnappings have been known to happen in Mexicali, but they aren't very common occurrences. In some states up in the north, the risk of this happening may be higher.

There haven't been any terrorist attacks in Mexicali's recent history, but they shouldn't be ruled out. Remain vigilant at all times and aware of your surroundings.

Mexicali is filled with people trying to trick you and scam you into paying them. You should be very vigilant, decline all drinks sent by strangers, double-check all information and negotiate everything in advance.

Women have traveled safely to Mexicali, without having any problems. Unfortunately, many women will have a problem with being cat-called on the streets, while they might find whistles and comments directed at the offensive. Avoid parts of cities that are filled with bars and clubs. There aren't any more serious threats in Mexicali.

So... How Safe Is Mexicali Really?

Mexicali isn’t the safest city in Mexico, but it isn’t the most dangerous one either.

Nonetheless, tourists are advised to stay in populated areas, avoid poor neighborhoods, and if they do visit them, not to go out at night.

There have been reports of vicious beatings at resorts by people who have traveled alone.

The police are not much help here, according to the citizens, as they are prone to bribery and turn a blind eye to crimes as long as they’re paid.

You may be surprised to see some beggars here.

They are usually not a threat, but they are very common, especially in urban areas.

Most poor people in Mexican cities, however, opt for selling worthless trinkets or provide some kinds of services rather than beg for money.

You should avoid buying any illegal drugs in this country, and even if you buy a bunch of prescription drugs, you’ll likely get searched.

Stay away from illegal activities, by all means, since you won’t be protected just because you’re a foreigner.

Since there is a minor threat of an earthquake, in case it happens, duck and cover and stay where you are during the shaking, then go outside once the shaking stops.

How Does Mexicali Compare?