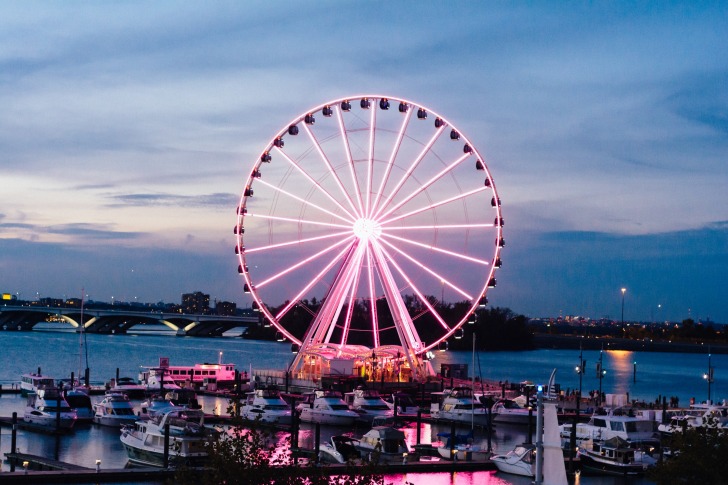 Maryland is a Mid-Atlantic state that is bounded on its north and east by Delaware, on its north by Pennsylvania, and on its east by the Atlantic ocean.

It is the 7th state in the United States, and its nickname is “The Old Line State”, though it is often called “America in miniature”.

In total, there are over 6 million people living in Maryland, and the biggest and the most populated city is Baltimore.

Maryland was named after Queen Henrietta Maria of England, whose husband, King Charles I, made Maryland one of the colonies.

Officially, Maryland became a colony in 1634.

Among all 50 states in the United States, it has the twentieth-lowest property crime rate and the eleventh-highest violent crime rate. The most dangerous cities in Maryland are Ocean City, Elkton, Cumberland, Baltimore, and Hyattsville.

Transportation in Maryland is unsafe and unreliable, especially in some cities at night. For example, it is not recommended to travel solo at night in Baltimore because of the high risk of muggings, pickpockets, and thefts.

Pickpockets are a recurring concern in the state of Maryland, especially in some areas and cities. Pickpockets are especially common on public transport during rush hour. If you travel by train or bus, make sure to keep track of your personal belongings and not leave them unattended.

Mugging is defined as an act of attacking and robbing someone in public. The chances of being mugged or kidnapped in Maryland exist in some areas and cities. For example, Baltimore is known for its high violent street crime in certain areas of the city, but these areas can be avoided.

The state of Maryland has not been the target of any terrorist attacks recently, but they should not be ruled out completely. If you travel to Maryland, it is still important to be aware of the surroundings, especially in the highly populated cities and areas of the state.

Unfortunately, there are many people in Maryland trying to scam you. The scam is especially common among homeless people, who can be quite aggressive if you do not give them money. When you visit towns and cities in Maryland, especially Baltimore, you need to be aware of people trying to distract you.

In general, Maryland is safe for solo female travelers. To minimize the risk of anything going wrong, you should follow basic precaution measures. All you need to do if you are a woman, and you decided to travel by yourself is to act as you would in any other country, state, or town.

Safest Places to Visit in Maryland

Here is a list of the safest and most interesting places in Maryland that are worth visiting.

It is a unique four-season tourist destination carved in the mountains of the western part of Maryland.

It is considered the largest freshwater lake in the state that covers almost 3,900 acres of land with over 65 miles of shoreline.

It is a popular travel destination for outdoor lovers, no matter the season.

In the summer, you can try such outdoor activities as boating or fishing.

In the fall, you can experience the fantastic Autumn Glory Festival in Oakland.

Winter is the perfect season for ski lovers who can enjoy this outdoor activity at Wisp resort.

If you decide to visit Deep Creek Lake in spring, there are also many things to do, including hiking, fishing, and cycling.

The Chesapeake Bay is an estuary – an area where a river with fresh water meets the ocean with saltwater.

It is the third-largest estuary in the world and the largest in the United States.

Today, it is one of the most popular tourist destinations in Maryland with a large number of ways to experience this location.

There are many things to do and numerous attractions to see in Chesapeake Bay.

You can do hunting on the Eastern Shore, take a Chesapeake Bay storyteller tour, visit one of the historic Chesapeake Bay towns, and do other things.

The small town of Frederick is one of the most beautiful towns in Maryland, and it will definitely impress fans of antiques.

Fredrick was founded in the 18th century and is known for its breathtaking historic atmosphere.

It has many historic homes that are worth visiting, and one of the most famous is the Barbara Fritchie House.

Another popular tourist place in Frederick is Market Street that is perfect for antique souvenir shopping.

Swallow Falls State Park is located outside of Oakland, Maryland.

It is known for being one of the most breathtaking sceneries and waterfalls in the country.

It is a popular destination for those who like spending time outdoors and in nature.

The park features numerous trails that take you to magnificent waterfalls, one of which is 50 feet tall.

It is a wonderful place for spending a day biking, hiking, or exploring.

Swallow Falls State Park is also popular for its picnic areas and wildlife that includes such unique animals as bobcat, turkey, and black bear.

It is less crowded than most beaches in the state of Maryland and Delaware.

This magnificent island is also famous for wild ponies running along the sandy dunes of the island’s shoreline.

The island also has the Dunes Trail that provides you with a wonderful experience, allows you to admire the breathtaking landscape, and listen to the waves of the Atlantic ocean.

Placess to Avoid in Maryland

Like any other state, Maryland has places that you should not visit, especially after dark.

Baltimore is among the most dangerous cities in Maryland.

Because of its high crime rate, Baltimore is listed in the top 10 most dangerous places in the United States.

According to the statistics in 2020, there have been 109 homicides in the city.

The number of violent crimes in Baltimore is also concerning – there are 18.76 crimes per 1,000 people.

Elkton is a town located in Cecil Couty, Maryland.

According to Neighborhood Scout, the violent crime rate in Elkton is higher than the national average.

Thus, in general, this town is quite dangerous, and the safest place in Elkton is its northwest part.

You can see Ocean City on many “dangerous” lists.

This city is in the 6th percentile for safety, which means that 94% of the American cities and towns are safer than Ocean City.

On average, there are about 205 violent crimes in Ocean City a year, and most of them occur in the northeast neighborhoods of the city.

Safety Tips for Traveling to Maryland

If you are traveling to Maryland, you should not forget about travel security and safety considerations.

Follow these 10 top safety tips that will help you make your trip safe and memorable.

So... How Safe Is Maryland Really?

Maryland maybe not be the safest place or state in the United States, but in general, it is quite safe.

You just need to know what places are safe to visit, and what places and cities in Maryland are better to avoid.

For example, you should be extremely careful when visiting Baltimore, Ocean City, or Elkton, especially some of the neighborhoods in these towns and cities.

However, even though Maryland sees higher violent crime rates than most of the United States, it is a safe place for tourists, if you take proper precautions in certain areas.

How Does Maryland Compare?