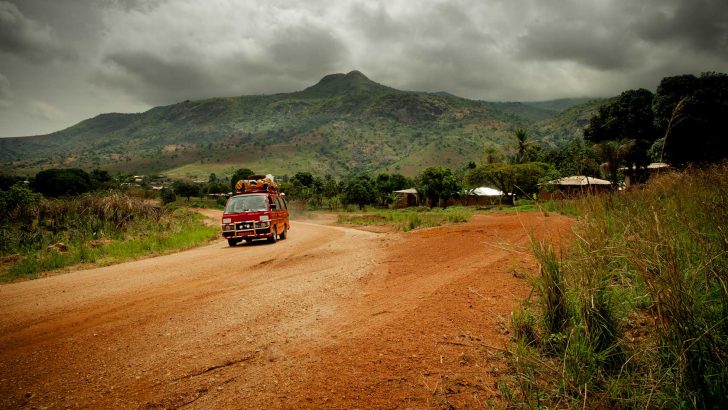 Cameroon is a country located in West Africa, sharing its borders with Nigeria to the west, Chad to the northeast, the Central African Republic to the east and Equatorial Guinea, Gabon, and the Republic of the Congo to the south.

This country, known as “Africa in miniature” unites all the typical African features such as French and English speaking portions, Muslim and Christian dominated regions, and both mountainous and rain forest regions.

Generally speaking, Cameroon isn’t a safe country. It has its fair share of street crime, terrorism, diseases and natural hazards. If you do travel there, apply maximum measures of precaution in order to lessen the chances of something going wrong.

Transportation is nowhere near safe in Cameroon. You can expect few to no traffic signs, speed limits not posted, buses and trucks being driven by reckless drivers speeding along the roads, poorly maintained vehicles of public transport, intoxicated drivers, all traffic rules being ignored and livestock roaming around roads, particularly at night, which goes for pedestrians too.

Petty crime exists in Cameroon, and you should be very careful when it comes to carrying your valuables with you. It is best to keep them inside your accommodation. Try to not look like a tourist as that might make you an easy target. Be careful in crowded places and public transport and keep your things tightly by your side.

Cameroon is susceptible to natural disasters, among which floods, storms, coastal erosion, landslides, brush fires, drought, volcanic eruptions and poison gases have been occurring during the past two decades and have killed close to 2000 Cameroonians while also leaving many others homeless.

Violent crimes are generally not too common on the streets of Cameroon, but it is still best to not go out at night, especially not in unknown areas.

Terrorists are very likely to try and carry out attacks in Cameroon, especially in the Far North region and the eastern border with Central African Republic. The main threat comes from terrorist groups including Boko Haram and Ansaru.

As in most destinations, and African countries, there’s a great risk of getting scammed. Be wary of people trying to distract you or offering you unwanted help, check your change twice and always negotiate every service beforehand.

Cameroon is not safe for solo female travelers. You are highly advised against walking anywhere unaccompanied, where it's during the day or night. Stay away from areas around bars or clubs, and try and go everywhere with at least one more person.

So... How Safe Is Cameroon Really?

When it comes to violent crimes, Cameroon is relatively safe, as violence is mostly rare, though you should think twice about wearing valuables outside.

If you do, always keep them well hidden, and be careful in crowded places and on public transport.

Risks increase at night, so be careful on the streets both during the day and night.

If you’re unsure about the area, always call a taxi.

As far as terrorist groups go, you should be aware that they operate in Cameroon and they’re probably Cameroons most dangerous aspect.

The terrorist groups active in Cameroon are Boko Haram, a Nigerian jihadist group, and other Islamists and Salafists operating in the north of Cameroon, and they have been known to kidnap Europeans, Canadians, Americans and other Westerners there.

These groups are seriously cruel, especially the Boko Haram group and have been known to use harsh forms of sharia law like amputation for theft.

Be careful on highways and roads as Boko Haram usually travel on motorbikes and in pick-up trucks.

Another aspect you should take care of before traveling to Cameroon is the diseases that are common in this country.

For instance, a Yellow Fever certificate is required if you intend to travel to Cameroon.

Malaria is also widespread though there is less to worry about in the mountains and the north, as there are fewer mosquitoes there due to lower temperatures.

Apart from these two, there are other dangerous diseases here such as dysentery, bilharzia, hepatitis, and giardia.

There have been cases of cholera outbreaks in Yaounde and Douala, but tourists haven’t been affected.

How Does Cameroon Compare?