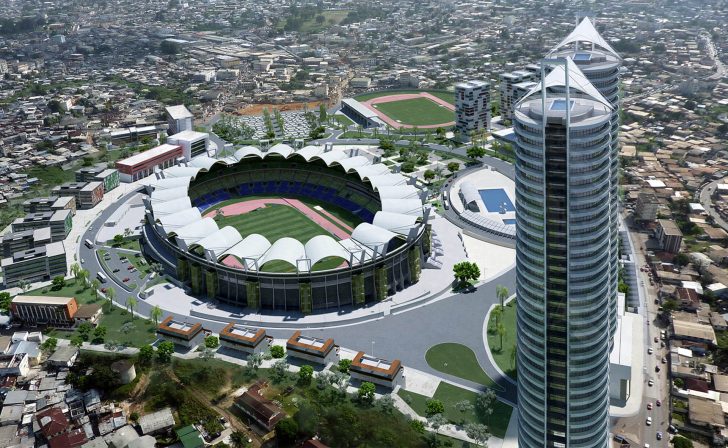 Gabon is a country located in Western Central Africa.

It lies on the very Equator, and has a coastline along the Atlantic Ocean, while at the same time being squeezed in between the Republic of the Congo to the south and east, Equatorial Guinea to the northwest and Cameroon to the north.

And though it’s a small population, Gabon has reserves of oil and minerals which has made it one of Africa’s wealthier destinations.

What this country has to offer are intact and mysterious rainforests, containing rich biodiversity.

If you’re a nature or animal lover, you can visit Chez Beti – a small safari camp near the village of Nyonie where you can rent an evening Landcruiser and wait for sunrise to go and experience the world-class safari (as they mostly are in Africa).

You can expect to see elephants, buffalo, monkeys, parrots, hornbills, and other local fauna.

Gabon is, overall, not that safe to visit. If you decide to go to Gabon, you should be aware that crime, poor road conditions, interruptions to power, and poor water quality are just some of the things tourists will have a problem with.

Transport is highly unsafe in Gabon. Public transport includes minibuses that also serve as intercity buses. Every year, passengers in these minibuses suffer from accidents, and many of these accidents are severe and even fatal. Sometimes they include taxis, and many of those minibuses lack basic safety equipment like seat belts and headlights. Keep in mind that drivers in Gabon are reckless more often than not, including drivers of minibuses that tend to make frequent unauthorized stops to pick up passengers and are known for speeding from one stop to the next.

Pickpockets are very regular on the streets of Gabon and tourists are recommended to remain vigilant at all times when on the street. Make sure you don't flash your valuable possessions on the street, be careful when withdrawing money from ATMs and of course, keep all your valuables in a safe place in your accommodation or safely by your side.

Gabon isn’t a country known for many natural disasters, but occasional floods can cause substantial material and agricultural damage.

Mugging exists and though it hasn't been directed towards foreginers, it's beginning to head into that direction. Crowded urban areas are particularly dangerous at night, but don’t think that daytime will offer you any kind of safety as incidents in the middle of the day are also possible. The presence of witnesses on the street should not be taken as a sign of any kind of security either. Walking around at night, either alone or in a group, is strongly advised against.

Although there haven't been any terrorist attacks in Gabon's recent history, they shouldn't be ruled out so remain vigilant at all times.

There have been reports of scams where thieves cause a distraction to motorists, like stepping in front of cars in tight traffic, this way creating opportunities for their partners to snatch and grab things from unlocked passenger doors. Be very careful as these incidents have happened during daylight hours. Double check your change, never pay anything upfront and negotiate everything in advance.

Women are strongly advised against walking alone anywhere in Gabon. Keep in mind that you should never be outside alone if you’re a woman traveling solo, as the streets of Gabon are dangerous for men, too. Even if you’re accompanied by someone, stay away from poorly lit and deserted streets and areas and from people that are visibly intoxicated or under the influence.

So... How Safe Is Gabon Really?

Gabon is generally not that too safe of a destination, as there are many dangers that may befall an unsuspecting tourist – both in the form of petty and violent crime.

There are pickpockets operating and every corner and petty theft such as purse snatching, armed robberies, and carjacking, so tourists should exercise caution.

Muggings and robberies at gun or knifepoint are no strange occurrences in the streets of Gabon, so be careful when walking alone along the streets of this country.

It can be extremely dangerous to walk around Gabon after dark, alone or even if you got other people with you.

It is advised for tourists to take a taxi in such situations instead of walking.

Visitors are advised to use common sense and not leave valuables in plain sight or in their car.

When it comes to violent crimes, it isn’t commonly directed towards foreigners though it has been on the rise during the last couple of years.

The most common crime reported by tourists is theft of unaccompanied items, the second one residential burglary while violent crime wasn’t at the top of this list though it has happened that foreigners were occasionally violently attacked.

Another issue in Gabon is the increasingly bad road conditions.

You can use minibusses and taxis, but they are not safe at all, with every year many people falling victims to the accidents that occur on the roads and in these minibusses, the consequences of which are often fatal.

If you plan on using public transport in Gabon, keep in mind that it usually lacks basic equipment like seat belts or even headlights.

How Does Gabon Compare?