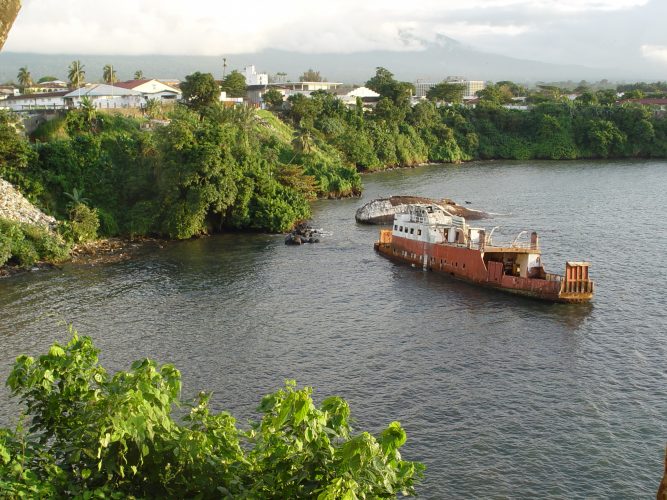 Equatorial Guinea is a small country located in West Africa, divided into two parts, the mainland, and the islands.

It shares borders with Cameroon and Gabon.

This country is one of the largest oil-producing countries in Sub-Sahara, and since it became so, the country has considerably developed economically, but to this day it remains one of the most corrupt countries in the world.

So while it is widely believed that crime in Equatorial Guinea isn’t that bad when you take into account other nearby countries, you should know that the rates of petty crime are among the worst you can expect when traveling, so this is definitely a country where you shouldn’t let your guard down.

Equatorial Guinea is, for the most part, a safe country to visit. However, it does have an extremely high crime rate, though it's mainly ridden with petty street crime. You should be vigilant and take all possible precaution measures in order to minimize the risk of getting stolen from.

Means of transportation in Equatorial Guinea are limited and not very reliable. Driving is your only way of getting around Equatorial Guinea, as public transport is scarce. The roads in Malabo are paved, but there are many in rural areas that are not, and rain can cause even more damage since it often makes roads impassable. Taxis are available, but be wary as drivers might jack up prices for tourists. Always negotiate the price before your ride. Mini-buses exist, but can be crowded and unsafe.

There is an extreme threat of petty crime. Pickpockets are an everyday occurrence, so you should be extremely careful when handling your valuables and never carry your money in a purse or a pocket. Never carry all your money in the same place, and be aware of your surroundings at all times.

When it comes to natural disasters, Equatorial Guinea is periodically subject to flooding and violent windstorms, but these could not cause severe consequences.

Violent crime is common in Equatorial Guinea so be extremely careful when handling money and around ATMs. These are often the target for muggings and robberies. It is recommended to avoid walking around Malabo and Bata or driving at night in order to avoid the prime time of attacks. If you stay alert and tend to remain unnoticeable with your dress code and mannerisms, you should be just fine.

There haven't been any recent terrorist attacks in Equatorial Guinea's recent history, but they shouldn't be ruled out. Be aware of your surroundings at all times.

Scams are an everyday occurrence in this country. There is a number of scams performed on tourists, however the thing to be aware of is that officials may try to get you to bribe them, and this happens all the time. If you find yourself in such a situation, ask to for a ticket with detailed explanation of your offences so you can pay it at a local court.

Equatorial Guinea isn't the safest place for a woman to be visiting alone. If you do, be sure to avoid remote streets, both during day and night, and do not flash your belongings or handle money in public. Stay out of the streets at night and be vigilant for any possible dangers at all times.

So... How Safe Is Equatorial Guinea Really?

While Equatorial Guinea is significantly developed due to its oil-producing, and its people are generally friendly and kind, it is a country with extremely high crime rates, corruption, and diseases.

You should not let your guard down upon entering this country.

Westerners looking wealthy are unfortunately main targets on the streets of Equatorial Guinea.

Petty theft is extremely high, and even violent robberies may happen, so the best thing to do is not to look wealthy! Keep all your valuables in your hotel and don’t flash anything valuable on the streets.

It is also not advisable to carry a camera with you or photograph important buildings because chances are that it is strictly forbidden.

Another issue you may encounter in this country is that the situation may escalate if you speak about politics or criticize the president of the currently ruling clique.

If you see that you are being dragged into a political conversation, or if you are asked for your opinion regarding local politics, politely exclude yourself from the conversation.

The third problem you should be aware of when planning a trip to this country is the fact that malaria is so widespread that it is the number one cause of death in Equatorial Guinea.

It is advised that visitors consult their doctor for malaria tablets or shots.

How Does Equatorial Guinea Compare?