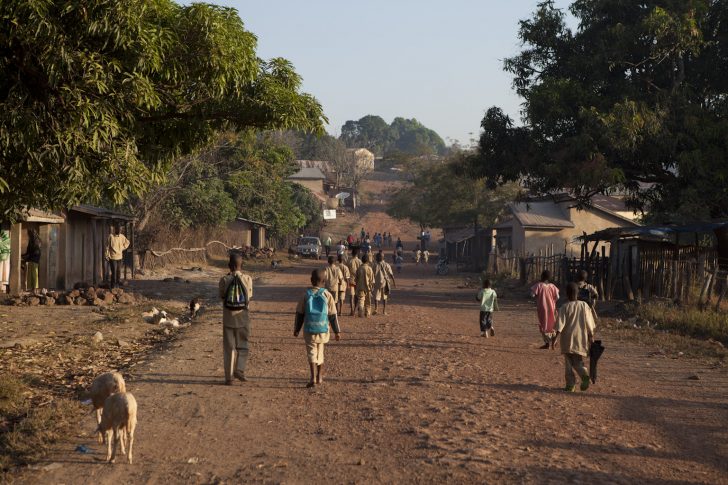 Guinea is a former French colony located in Africa and sharing its borders Guinea-Bissau and Senegal to the north, Mali on the north and north-east, Côte d’Ivoire to the east and Liberia and Sierra Leone to the south.

Though this country, roughly the size of the United Kingdom, isn’t actually brimming with infrastructure and has little to boast, Guinea is a remarkable country with very warm, welcoming and genuine people.

And though this country has extremely large amounts of natural resources, its quality of life is extremely poor.

Having said all this about its poor infrastructure and way of living, it still should be noted that outside of Conakry, the capital of Guinea, there are many attractive tourist destinations for the adventurers.

Outside of the capital, there are basic places with limited electricity powered by generators where you can still stay and have an excellent time.

You can enjoy the music in Guinea which is one of the best cultural attractions of this country, and you can also find many bars offering live music where you can relax and enjoy every bit of this country.

Generally, even though it’s had a reputation of one of Africa’s unstable countries, the safety in Guinea is of the same level as it is in other countries of West Africa. Both petty and violent crime exists here and there are no authorities that you can trust. They are often the perpetrators. So don’t trust anyone and apply maximum precaution measures.

Transport in Guinea is extremely unreliable and dangerous. You can count on road bandits if traveling by bus and even by taxi. Renting bush taxis if you plan on traveling from city to city is just a little bit safer than going by bus, but it is still dangerous because of extremely poor road conditions, unreliable vehicles, reckless drivers and bandits. If travelling by taxi remember that departure times are never what they say. If you scheduled a taxi for early in the morning, don’t be surprised if it picks you up hours later. Get used to a loose schedule in Guinea.

Since Guinea is ridden with poverty and disease, it’s actually to be expected that all Westerners and tourists are targeted by pickpockets. Just refrain from flashing any expensive belongings in public and crowded places with foreigners. Excessive vigilance is recommended.

As for natural disasters, this country is prone to many catastrophic disasters, some of which are floods, earthquakes and tsunamis. To add insult to injury, it has also been known to battle numerous epidemics and diseases, such as Ebola outbreak in 2015.

Armed robbery, muggings, and assaults are the most common violent crimes in Guinea. Be extremely cautious from the get-go: as soon as you arrive at the airport practice vigilance as criminals have been known to target foreigners at the airport and then follow them and attack them. Hotels and markets are also places where assaults happen.

Terrorist groups are likely to try and carry out attacks in Guinea. This country contributes to the UN peacekeeping initiative in Mali which makes it a legitimate target by Jamaat Nusrat al-Islam wal Muslimeen (JNIM) and its associated groups.

Do not accept any unsolicited offers of help and be wary of anyone offering to help you with anything as it is often just a scheme to get to your money. Corruption is the norm in Guinea and officials will try and get you to bribe them whenever they can. They may even try and confiscate your belongings at checkpoints in order to extort money from you.

Guinea is not a safe place for women to travel to alone. It is not safe for anyone to travel unaccompanied, really. However, if you’re a woman and you plan on visiting Guinea alone, you are highly advised to follow every possible rule of precaution. Try avoiding dark alleys, walking alone along dark, poorly lit or deserted areas.

So... How Safe Is Guinea Really?

Guinea is, overall, an unsafe nation, and in Africa’s history, it has always been one of the unstable countries of this continent.

Police shouldn’t be trusted; any authority officials are the ones involved in crime, and targeting foreigners, so it is basically a country ridden with crime and lawlessness where no one can be trusted.

Be careful right after arriving at the airport, as this is the most common place where you can be targeted and followed by criminals.

Also, places, where you should practice extreme vigilance, are traditional markets and areas near hotels and restaurants frequented by foreigners.

Homosexuality is illegal in Guinea and penalties range from fines to a 3-year prison sentence, so if you’re a member of the LGBTQ community, avoid traveling to Guinea or just avoid any public displays of affection.

Bear in mind that the medical system in Guinea is in an extremely poor condition, while the country itself is susceptible to epidemic outbreaks and diseases.

There are no ambulance or emergency rescue services in Guinea.

Also, keep in mind that poverty in Guinea is crushing, so there are many scams and scammers trying to take advantage of you.

Avoid unsolicited offers of assistance or help at the airport and hotels because it might easily just be a scheme with an intention to steal luggage, purses, or wallets from you.

Always arrange for hotel personnel, family members, or business contacts to meet you at the airport.

How Does Guinea Compare?