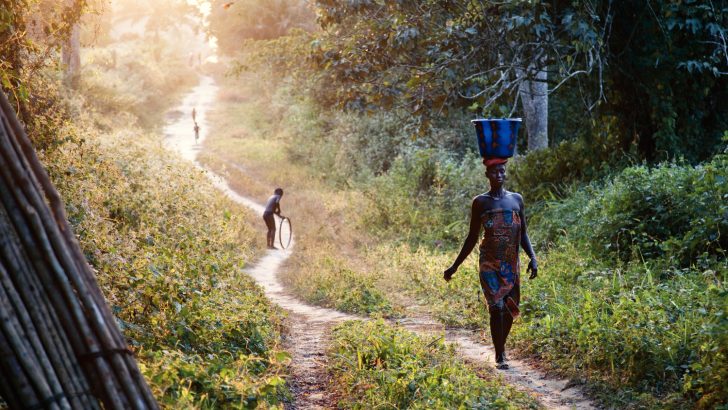 Sierra Leone is located on the West Coast of Africa, sharing its borders with the Republic of Guinea to the north and northeast, Liberia to the east and southeast, while the Atlantic Ocean is to the west and south.

The country boasts 402km of coastline, and the Freetown peninsula, the star attraction of this country’s industry is 40km long and 17km wide with a mountainous belt.

If you’re longing for nature, look no further than the Banana Island, offering natural beauty unlike anywhere in the world and a bunch of underwater and water activities.

Sierra Leone is naturally both rich and diverse.

Visit some of its gorgeous beaches that boast a rare colonial heritage and offer a fantastic scenery, climb its mountainous region, or walk along the Freetown peninsula’s deserted and splendid coastline, with beaches so perfect they could be described as world-class – but you will probably be most enchanted by this country’s warm and welcoming people that are known for doing the impossible just to make tourists feel comfortable.

Though many say it is the friendliest African country, the government of this country stands by their attitude that Sierra Leona is not the safest country to visit. It has extremely high crime rates, of both violent and petty crime. You should be vigilant and take all possible precaution measures in order to minimize the risk of something wrong happening.

Transportation in Sierra Leone is not too safe, due to poor maintenance of roads, and getting to and from Freetown in one piece is a serious success! Buses aren't reliable and though they cost less than taxis, they're far slower. Be wary of pickpockets in public transport.

There is an extreme threat of petty crimen since the poverty in Sierra Leone is extreme. Pickpockets are an everyday occurrence, so you should be extremely careful when handling your valuables and never carry your money in a purse or a pocket. Never carry all your money in the same place, and be aware of your surroundings at all times.

Sierra Leone is susceptible to flooding and mudslides. The most recent one took about 200 lives and left massive material damage behind. There are also diseases and epidemic outbreaks: in 2014 there was a tragic Ebola outbreak in this country.

Mugging is also an issue in Sierra Leone though it's not as common as petty crime. Still, be extremely vigilant when it comes to handling money and valuables, and avoid walking alone at night.

There haven't been any recent terrorist attacks in Sierra Leone's recent history, but they shouldn't be ruled out since Sierra Leone contributes to the UN peacekeeping initiative in Mali. This may lead to it being targeted by Al-Qaida and its associated groups.

As in any country, there's a risk of getting scammed. Be wary of people trying to distract you in order to steal from you and of taxi drivers overcharging you for a ride. We advise you to be extremely careful when handling money and around ATMs.

Sierra Leone isn't the safest place for a woman to be visiting alone. If you do, be sure to avoid remote streets, both during day and night, and do not flash your belongings or handle money in public. Stay out of the streets at night and be vigilant for any possible dangers at all times.

So... How Safe Is Sierra Leone Really?

Sierra Leone is, according to some, the friendliest place in Africa, yet according to the government warnings, it’s a country riddled with crime, corruption and is dangerously unregulated.

However, what definitely is true, is that it’s one of the poorest nations on earth, not just in Africa, and until recently was being slowly destructed by raging civil war.

It is only now starting to see signs of economic growth.

As expected, where there’s poverty, there are also high levels of crime, so you have to be very cautious when traveling to this country and bear in mind that going here is more of an adventure than a holiday experience.

Keep in mind that traveling anywhere outside Freetown is dangerous since the roads are extremely bad, poorly maintained and ridden with potholes, and the other drivers don’t help much – they mostly drive vehicles that aren’t in driving condition and the roads are filled with bandits.

Also during the rainy season that lasts from May until October, the rural roads can be extremely difficult to use, even if you’re driving a car suitable for travel on badly-rutted, unmade roads.

Another issue to keep in mind when it comes to traffic is that sometimes you may encounter illegal roadblocks put up by youths, who sometimes ask for a small “donation” in order to mend the road, all the while carrying weapons.

How Does Sierra Leone Compare?