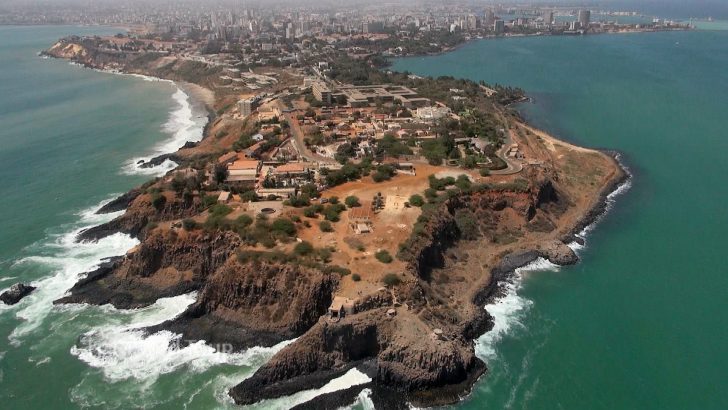 Senegal is a country located in Western Africa, that shares its borders with Guinea-Bissau to the south, Guinea to the southeast, Mali to the east, and Mauritania to the north, and it has a coastline on the Atlantic Ocean to the west.

Senegal has a reputation of being West Africa’s most stable country, but that doesn’t make it a boring destination, though.

Expect to have a wild time in the capital’s dizzying atmosphere and vibrant nightlife, and then just sink into the relaxing life and serenity of nearby Île de Gorée and the beaches of Yoff and N’Gor.

In northern Senegal, the gorgeous city of Saint-Louis, known for its unique colonial architecture is a Unesco World Heritage Site.

It is also very nearby Senegal’s picturesque national parks, and this isn’t something you’d want to miss as one of the things Senegal is actually known for is its astounding biodiversity, including hundreds of bird species.

Generally speaking, Senegal is not the safest country to visit. It has extremely high crime rates, of both violent and petty crime. You should be vigilant and take all possible precaution measures in order to minimize the risk of something wrong happening.

It is advised that you avoid public transport in Senegal due to high levels of crime and armed robberies in crowded places such as bus or train stations, and on public transport as well. Always opt for hiring a taxi from a reputable company instead of hailing one on the streets.

There is an extreme threat of petty crime in Senegal, as in the majority of countries in West Africa. Never carry your money in a purse or a back pocket. Never carry all your money in the same place, or flash your credit cards around ATMs. Many thieves have a tactic of grabbing you by your leg while the other one takes your wallet out of your pocket, so if you feel someone grabbing your clothes, focus on the person on the other side.

Violent crime is common in Senegal so be extremely careful on the streets. Robberies and armed roadblocks are also known to happen. You might run into violent street vendors who will follow you for a few blocks. Be wary of people claiming that they have met you before. Many tourists have been led somewhere else and then robbed.

Terrorists are likely to try and carry out attacks in Senegal, as Senegal contributes to the UN peacekeeping initiative in Mali, which makes it a legitimate target by terrorist groups including Jamaat Nusrat al-Islam wal Muslimeen (JNIM) and their associated groups. You should be aware of your surroundings at all times.

Be extremely careful with your cash while bargaining. There have been cases of street vendors quickly taking the cash out of your pocket and then claiming it is theirs. You have no way to prove that they're lying so this is a particularly tricky situation. Be wary of people trying to distract you in order to steal from you and of taxi drivers overcharging you for a ride.

Senegal isn't the safest place for a woman to be visiting alone. If you do, you should know that women are often targeted when alone on the streets or at beaches. Avoid remote streets as much as you can, both during day and night. Stay out of the streets at night and be vigilant for any possible dangers at all times.

So... How Safe Is Senegal Really?

Apart from the fighting going on in the Casamance region of Senegal, between the government and the MFDC or Mouvement des forces démocratiques de la Casamance, which is why it would be wise to avoid this area, there is serious reason to be extremely vigilant on the streets of Senegal, as petty theft and violent crime are a severe issue in this country.

As for petty theft, pickpocketing, purse-snatching, and theft have been known to happen both on the street and in taxis, but you should be wary of pickpockets as such incidents can turn violent.

Violent crime is also something Senegal is notorious for and many tourists have reported being victims of an armed robbery at knifepoint.

When it comes to the places where crime is most prominent, you should be extremely careful on the streets of Dakar and the airport as well as areas such as Place de l’Independence, the Western Corniche and the central part of the Plateau.

Apart from those, Dakar’s restaurant district, called La Petite Corniche, and St.-Louis’ restaurant area, are all known for muggings and robberies.

Travelers are strongly advised against going out alone and must be extremely cautious of suspicious-looking strangers.

How Does Senegal Compare?