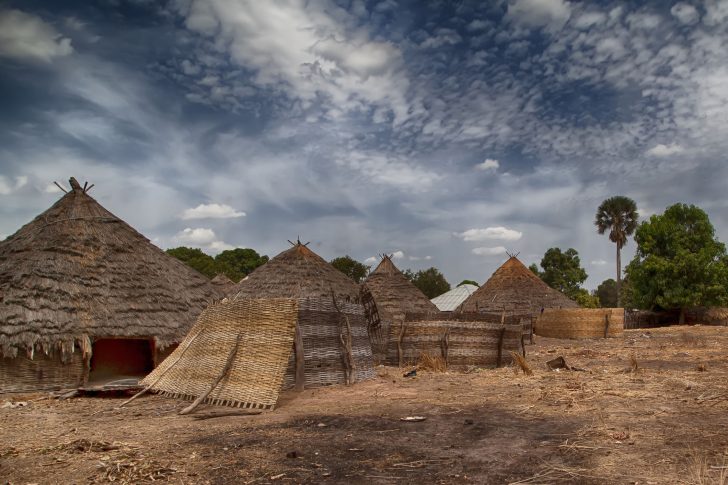 Guinea-Bissau is a former Portuguese colony, located in Africa, and bordered by Senegal to the north and Guinea to the south and east.

It was once a part of the Kingdom of Gabu, which was a part of the Mali Empire, and Europeans came to claim it around the 18th century.

This country’s coasts and rivers were among the first places colonized by the Portuguese.

The country has once seen as a huge potential for development but has since deteriorated and have become one of the world’s poorest nations.

That is not to say that there isn’t anything for travelers to see: Africa’s only archipelago – Bijagos is the first on the list.

It has some twenty tropical, beautiful islands.

On one of the islands, called Orango, you might see hippos, and on some other islands, it’s even possible to see turtles nesting grounds.

These are only a few of many other eco-tourism aspects this archipelago offers.

You can also visit the Cantanhez Natural Park, where you can see chimpanzees if you’re lucky.

Overall, when crime is concerned, Guinea-Bissau is not as dangerous as you might think, but it still has its issues and it is advised that you plan your trip well before venturing to this country. Exercise maximum precaution measures.

When it comes to transport, it’s not reliable, to say the least and you can count on poorly maintained roads and extremely low driving standards, while during the summer many roads can become completely useless. It is hard to find public transport in the afternoons and evenings as most locals travel early in the morning.

You might run into pickpockets while on The Bandim Markets which are a trove of the black market by-products of drug and gun smuggling. You can actually find many interesting and weird here. Just keep your things tightly by your side. The same goes for all other markets and crowded places.

Among natural disasters that hit Guinea-Bissau, the most prominent ones are heavy rainfalls causing flooding that brings severe damage to the country’s infrastructure, agriculture, and public health as well as severe droughts.

Violence is generally not too present in this country, due to the general lack of tourists. However, there are dark corners to avoid and don’t feel too safe at night.

Though there haven’t been any terrorist attacks in Guinea-Bissau, they can’t be ruled out since this country contributes to the UN peacekeeping initiative in Mali and therefore may be considered a legitimate target by Jamaat Nusrat al-Islam wal Muslimeen.

As in almost any countries, there is a great risk of getting scammed in Guinea-Bissau, too. Always check everything twice and negotiate everything in advance. Taxi drivers might try to trick you into paying more, giving you wrongful information about the price of the ride.

Guinea-Bissau isn’t safe for women. Apply basic precaution measures - avoid wearing purses and do not walk alone or roam around deserted or poorly lit streets and areas. Women are advised against going to beaches alone or entering buses without someone to accompany them.

So... How Safe Is Guinea-Bissau Really?

There isn’t much tourism in Guinea-Bissau, so consequently, there aren’t many tactics aimed at tourists, or there are but they aren’t very elaborate.

Nightlife is mostly safe but you should still remain extremely vigilant at all times.

Precisely because of the lack of tourists, when there are any, they are easily spotted, so refrain from flashing your belongings and don’t stroll about as you would in your own hometown.

There are many streets and corners to avoid, despite this country being relatively safe when it comes to crime.

Guinea-Bissau has had complicated political history, followed by dozens of coups and attempted coups as well as numerous assassinations of officials and military leaders.

Political tensions are extremely present here, and though political violence is generally not aimed at tourists you should, by all means, avoid political demonstrations or any other kind of display of political unrest in the country.

Any kind of military presence on the streets means that you should scoot over to some other area.

Another issue in Guinea-Bissau is that it is a known major port for drug shipments into Europe.

Apart from this, the authorities are extremely corrupt and probably involved in drug trafficking.

However, the good news is that drug smuggling is generally localized to the open sea and harbor, and drug lords have too many things to do to be bothering tourists and travelers.

How Does Guinea-Bissau Compare?