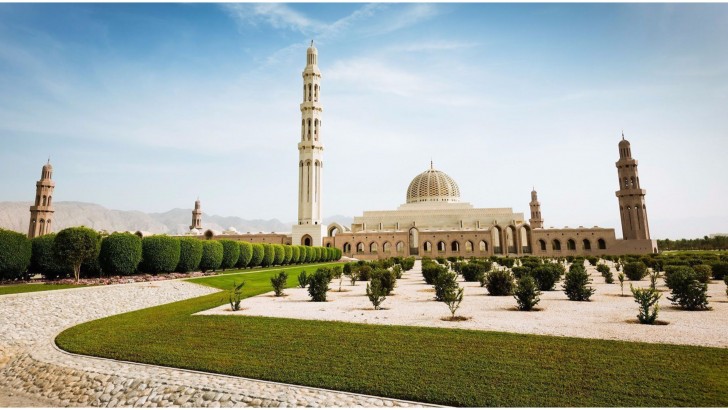 Located in the Middle East, Oman rests on the southeastern end of the Arabian Peninsula.

Its neighbors are the United Arab Emirates in the northwest, Saudi Arabia in the west, and Yemen in the southwest.

Apart from that, within Oman are two exclaves, separated from it by the United Arab Emirates, the Musandam Peninsula, and Madha.

It is the oldest independent state in the Arab world.

Oman is regarded as one of the more traditional countries in the Gulf region and as such, tourists are expected to respect their beautiful and unique culture, and in turn, Omani people treat them very kindly.

Omanis are warm and friendly people, some even say they are the friendliest people in the world and tourists are always welcome in their country.

Consequently, since this is a religious and traditional state, a crime of any kind is strictly punishable, which makes Oman a very safe country for any tourist.

Overall, Oman is a very safe country. It is highly friendly and warm toward tourists, and the crime rate is fairly low, so apart from petty crime on the streets, there isn't too much to worry about.

Public transportation is available but not very reliable in Oman. Some buses can go from A to B and from B to C, but not from C to A which makes it easy to get lost or stranded somewhere without a way back. However, the buses are comfortable, cheap and very safe. You can easily get ripped off when taking a taxi, since they're not metered, so be careful and negotiate your ride in advance.

Even though pickpockets are not the primary cause for concern in the Middle East, pickpocketing does happen, and this applies to Oman, too. Be careful in crowded places and markets, and leave your jewelry and passports at home. Some passport thefts have been reported as well as wallets. Never keep all your money in the same place.

Tropical storms are fairly common in Oman and while its climate is generally dry, heavy rains do fall, usually during winter. Flash floods are also known to happen and they can even cause injuries and deaths. Cyclones coming from the Indian Ocean occasionally make landfall in Oman during summer.

The crime rate in Oman is low, and consequently, cases of mugging and kidnapping are rarely, if ever, reported.

There are a couple of scams that can happen in Oman. Sometimes the expiration dates on food and drinks in supermarkets get "prolonged" by the merchants so the people would buy them even though they are no longer consumable. Vendors may either try and charge more or give the wrong change, and taxi drivers might try to rip you off. However, these scams are not that common and should be easy to detect.

Traveling as a woman in Oman is easy and safe. As long as you respect their culture, dress appropriately and are friendly, you will have no problem. Apart from standard safety rules, you should apply (not walking alone at night, not finding yourself alone with strange men, not taking taxis in isolated areas at night) there isn't much to worry about.

So... How Safe Is Oman Really?

Given that this country is known for its friendly and kind people and strict laws, it is no wonder that the crime rate in Oman is low.

Occurrences of serious crime are fairly rare in this state and the Royal Oman Police is known to be highly efficient and not prone to bribery.

However, petty crime including theft of property does happen and you should be vigilant when handling your valuables.

Another safety issue in Oman is driving.

Driving in this country requires the highest level of attention and you should really use all your senses and expect the unexpected: Oman has the second-highest death rate from traffic accidents in the world.

When outside of the cities, Omanis are notorious for driving very fast.

Driving at night is especially dangerous as many drivers don’t even turn their headlights on.

Another thing that happens is that camels often walk straight out on the road even when they see cars approaching, and these encounters often end fatally for both camels and drivers.

The current political situation in the Middle East is such that, at the moment, Oman has a higher degree of political tension in the state.

Be wary of large gatherings and demonstrations.

Even thought they are usually peaceful, those that occur near the United Arab Emirates border can turn violent and even have fatal consequences.

Apart from these precaution measures, follow your common sense and your trip will go smoothly because unlike some of its neighbors, Oman is open towards visitors.

How Does Oman Compare?