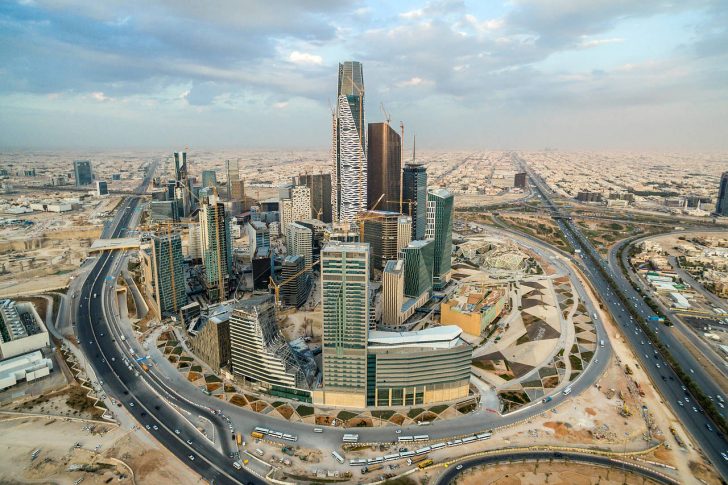 The biggest country in the Middle East, Saudi Arabia occupies the biggest part of the Arabian Peninsula and has coastlines on the Persian Gulf and the Red Sea.

The holy Muslim cities Mecca and Medina are located in this very country, the cities all physically and financially able Muslims are obliged to visit at least once in their life, while the non-Muslims are forbidden from entering here.

However, even though Saudi Arabia has the second-largest reserves of petroleum in the world, and strong government controls over its major economic activities the rate of unemployment in this country is high, due to, most of all, reluctance to take on many jobs.

The unemployment situation on the side, this country is brimming with tourists, although the major part of those tourists is the religious pilgrims visiting Mecca and Medina.

And just like its neighbors, Saudi Arabia boasts wonderful architecture, breathtaking sandy beaches, and a plethora of historic, religious, and cultural landmarks.

Saudi Arabia is mainly safe but there are extremely unsafe areas, particularly near the border with Iraq and Yemen. Some of the biggest concerns for tourists in Saudi Arabia should be disrespecting their moral codes, as this is followed by severe punishments.

Reckless drivers are a major concern in Saudi Arabia. Accidents on the road occur frequently. If you're visiting Saudi Arabia as part of a pilgrimage, be prepared for extreme traffic jams and severely overcrowded public transport. The roads outside of the main cities vary in quality from well maintained to extremely poor. Vessels operating in the Northern Arabian Sea, Gulf of Aden and Gulf of Oman are at risk of a pirates' attack.

Pickpocketing is relatively common in Saudi Arabia despite the constant presence of police on the streets. Pickpockets are especially active during pilgrimages. Avoid wearing purses and keep your money in a hidden place, not easily accessible by pickpockets. Also, be wary of people trying to distract you, it might very well be a way to take your money.

Near the aforementioned borders, muggings or kidnappings might be a concern, though generally, they aren't common in Saudi Arabia.

Terrorists are extremely likely to try and carry out attacks in Saudi Arabia. The main threat comes from Daesh that was formerly referred to as ISIL. Remain vigilant and aware of your surroundings at all times.

Except for credit card frauds, expect virtually no scams in the territory of Saudi Arabia.

There are some risks for women traveling to Saudi Arabia, especially if they're not respecting their codes of morality, like wearing an abaya at all times. Apart from that, women should apply basic precaution measures.

So... How Safe Is Saudi Arabia Really?

Probably the main concern for travelers in Saudi Arabia is the situations they can get themselves into in cases of disrespecting Islamic codes of morality, which are definitely a lot stricter than anyone outside of UAE can imagine, and what you may see as minor or non-relevant, may get you into serious troubles.

Women, for example, whether local or foreign, need to wear an abaya, a long and loose black robe.

And even though a headscarf is usually enough for foreign women, you are advised to at least bring one with you.

Another strict law in Saudi Arabia prohibits all LGBT activities in the country.

Anything LGBT related is illegal in Saudi Arabia.

It is, in fact, one of the least homosexual friendly countries in the world.

For first offenses, you can get prison sentences of several months to life, and physical punishments like whipping/flogging, chemical castration, torture, vigilante killings, and public execution.

Second offenses invariably lead to an execution. If you’re a member LGBT community, you are advised to stay out of Saudi Arabia.

As far as crime is concerned, the biggest danger for tourists in Saudi Arabia is the Fahateen: bad drivers.

You have to be very careful when picking your drivers and always wear a seatbelt.

Saudi Arabia has one of the lowest crime rates in the world as the police are regularly present on the streets, but there’s always a small degree of petty theft like pickpocketing and purse snatching.

How Does Saudi Arabia Compare?