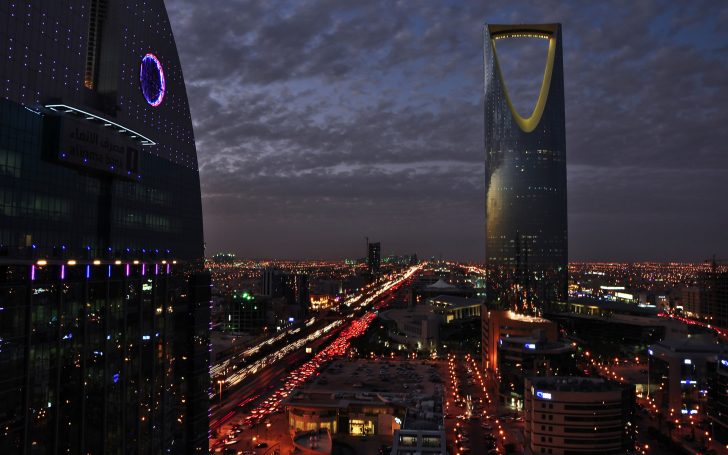 Riyadh is the capital of Saudi Arabia, biggest country in the Middle East, and it’s also the biggest and most urban city in this country.

And despite it has all virtues of any other similar cosmopolitan capital in the world, it is still very conservative, with strict religious views and laws.

Women are expected to be covered from head to toe whenever in public, and demeanors of its residents are under a close eye.

Most forms of entertainment are banned here, so it’s mainly considered a business destination.

There are few sights of interest, but with its brutal climate, it isn’t a destination coveted by tourists.

Though it’s so strict, and the tourists aren’t too common in Riyadh, English is spoken by most Saudis and you can find many of them dressed in westernized clothing.

Riyadh is mainly safe but there are extremely unsafe areas, as in most major cities of the world. Some of the biggest concerns for tourists in Riyadh should be disrespecting their moral codes, as this is followed by severe punishments.

Reckless drivers are a major concern in Riyadh. Accidents on the road occur frequently. The roads outside of Riyadh vary in quality from well maintained to extremely poor. Vessels operating in the Northern Arabian Sea, Gulf of Aden and Gulf of Oman are at risk of a pirates' attack.

Pickpocketing is relatively common in Riyadh despite the constant presence of police on the streets. Pickpockets are especially active during pilgrimages. Avoid wearing purses and keep your money in a hidden place, not easily accessible by pickpockets. Also, be wary of people trying to distract you, it might very well be a way to take your money.

As for natural disasters in Riyadh, you can expect extremely high temperatures, reaching as high as 50C. This is why it is highly recommended that you always carry water with you and maintain hydrated. Sandstorms and thunderstorms are also common.

Muggings or kidnappings might be a concern, though generally, they aren't common in Riyadh.

Terrorists are extremely likely to try and carry out attacks in the capital of Saudi Arabia. The main threat comes from Daesh that was formerly referred to as ISIL. Remain vigilant and aware of your surroundings at all times.

Except for credit card frauds, expect virtually no scams in the territory of Riyadh.

There are some risks for women traveling to Riyadh, especially if they're not respecting their codes of morality, like wearing an abaya at all times. Apart from that, women should apply basic precaution measures.

So... How Safe Is Riyadh Really?

Probably the main concern for travelers in Riyadh is the situations they can get themselves into in cases of disrespecting Islamic codes of morality, which are a lot stricter than anyone outside of the UAE can imagine.

What you may see as minor or non-relevant, may get you into serious troubles.

Women, for example, whether local or foreign, need to wear an abaya, a long and loose black robe.

And even though a headscarf is usually enough for foreign women, you are advised to at least bring one with you.

Another strict law in Riyadh prohibits all LGBT activities in the country.

Anything LGBT related is illegal in Saudi Arabia.

It is, in fact, one of the least homosexual friendly countries in the world.

For first offenses, you can get prison sentences of several months to life, and physical punishments like whipping/flogging, chemical castration, torture, vigilante killings, and public execution.

If you’re a member LGBT community, you are advised to stay out of Saudi Arabia.

As far as crime is concerned, the biggest danger for tourists in Riyadh is the Fahateen: bad drivers.

You have to be very careful when picking your drivers and always wear a seatbelt.

Riyadh has one of the lowest crime rates in the world as the police are regularly present on the streets, but there’s always a small degree of petty theft like pickpocketing and purse snatching.

How Does Riyadh Compare?