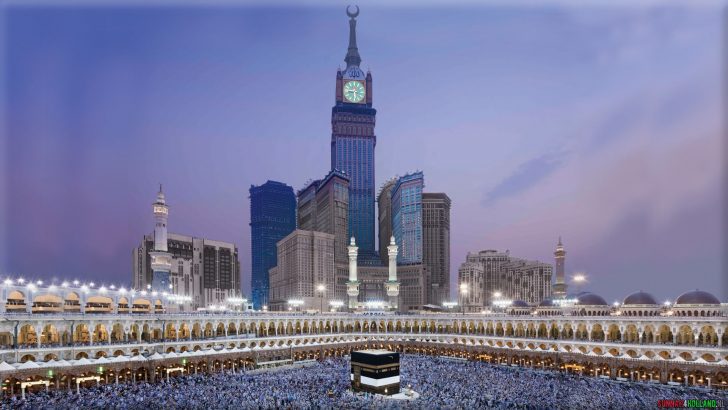 Mecca, the holiest city in Islam, is located in western Saudi Arabia, the biggest country in the Middle East.

It is a city that all physically and financially able Muslims are obliged to visit at least once in their life, while non-Muslims are forbidden from entering here.

In the city of Mecca, during prayer times, streets near the Mosque often get crowded with mosque goers since most Muslims having a preference for praying at the Sacred Mosque.

The major part of tourists that visit Saudi Arabia is the religious pilgrims visiting Mecca or Medina, so the city of Mecca is economically important for Saudi Arabia, too.

Mecca is very safe as this is the holy safe city in Saudi Arabia. Some of the biggest concerns for tourists here should be disrespecting their moral codes, as this is followed by severe punishments.

Accidents on the road occur frequently in Mecca. If you're visiting Mecca as part of a pilgrimage, be prepared for extreme traffic jams and severely overcrowded public transport. The roads outside of the main cities vary in quality from well maintained to extremely poor.

With more than 15 million visits annually, pickpocketing is relatively common in Mecca. Pickpockets are especially active during pilgrimages. Avoid wearing purses and keep your money in a hidden place, not easily accessible by pickpockets.

Muggings or kidnappings might be a concern, though generally, they aren't common in Saudi Arabia.

Terrorists are extremely likely to try and carry out attacks in Mecca. The main threat comes from Daesh that was formerly referred to as ISIL. Remain vigilant and aware of your surroundings at all times.

Not only in Mecca but in the entire territory of Saudi Arabia, except for credit card frauds, expect virtually no scams.

There are some risks for women traveling to Saudi Arabia, especially if they're not respecting their codes of morality, like wearing an abaya at all times. Apart from that, women should apply basic precaution measures.

So... How Safe Is Mecca Really?

Probably the main concern for travelers in Mecca is the situations they can get themselves into in cases of disrespecting Islamic codes of morality, which are a lot stricter than anyone outside of UAE can imagine.

What you may see as minor or non-relevant, may get you into serious troubles.

Despite strict crowd control measures, during the month of the Hajj overcrowding and stampedes are extremely common and represent major hazards, killing dozens of people.

Mina, Jamrat and the bridges that lead to them are known to be particularly dangerous, although this is being worked on, and four parallel bridges are built, along with the route that is now unidirectional.

During the month of Hajj, pickpockets are a real issue

By all means, avoid bringing any valuables with you when moving through the crowds.

Saudi Arabia, in general, has one of the lowest crime rates in the world as the police are regularly present on the streets, but there’s always a small degree of petty theft like pickpocketing and purse snatching.

How Does Mecca Compare?