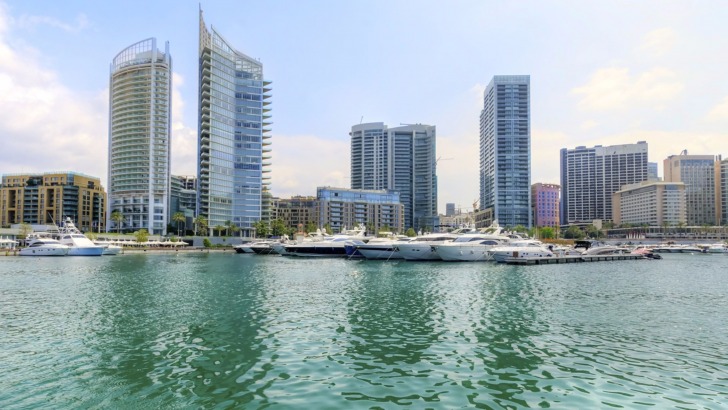 Lebanon - safety as a country

Beirut is the capital city of Lebanon and by far its biggest city (and since Lebanon is small, it’s always had the reputation of being the only truly cosmopolitan city in the country).

Beirut, just like any other city in the world, has its rich and poor areas.

A lot of traffic during the day, with absolutely no respect for the road and driving laws.

The city has an amazing culture and is a multi-confessional city.

People are less conservative and more business-oriented than the rest of Lebanon.

Lebanon has one of the best nightlife scenes in the country.

Clubs and pubs are all around you.

Generally speaking, Beirut is mostly a safe city to visit. You shouldn't have any problems if you apply common sense and use caution as you would anywhere else.

Generally, the roads in Beirut are in good condition, but the problem is the number of reckless drivers. Traffic jams are also the norm in Beirut. Use caution when on public transport because that's where pickpockets operate.

Pickpockets do operate in Beirut and tourists are commonly the victims of pickpocketing or bag snatching. Be careful in crowded places such as bus and train stations and keep your valuables in your accommodation.

Beirut is susceptible to several natural disasters, among which the most prominent one is the danger of earthquakes. The 551 Beirut earthquake occurred on 9 July, triggered a devastating tsunami and caused a lot of deaths.

You should be somewhat careful when it comes to violent crime in Beirut, although most of the violent crimes don't affect foreigners. Still, use extra caution at night.

There is a high risk of a terrorist attack in Beirut. Even though it's far from the border-towns, Beirut has suffered from car bombings and terror attacks in 2012, 2013 and 2014. The most recent terrorist attacks were car bombs, that occurred in the Beirut suburb of Bourj el-Barajneh in 2015 and in the suburb of Hamra in June 2016.

Scams exist in Beirut and you should use your wits while in this country. Double-check your change, never pay anything upfront and negotiate everything in advance. Be very careful around ATMs and be wary of people trying to distract you.

Beirut isn't dangerous for women particularly, but it is advised for tourists in general, regardless of their sex, not to roam around unaccompanied by someone who knows the safe and unsafe parts of the country.

So... How Safe Is Beirut Really?

For the time being, Beirut is pretty safe on both counts.

And, just like any other city in the world, is has its rich and poor areas.

As long as you stay in there main areas away from Palestinian and Syrian camps and of Hezbollah Hezbollah in southern suburbs.

And of course, you are strongly advised to stay away from any border area with Syria (which is pretty far from Beirut)

Another thing visitors keep complaining about is the roads and driving.

The roads are crazy.

There are no speed traps, red-light cameras, or even police monitoring road behavior.

Drivers take full advantage, doing whatever it takes to get to their destination as fast as possible.

When walking alongside the road, it’s very important to walk in straight lines.

Drivers often come very close to pedestrians, so an unexpected movement could be problematic.

These drivers have an incredible eye, though, because they don’t hit anything on the sides of the road that they tiptoe.

People are super friendly in Beirut.

Ask anyone for directions and they can take you all the way there.

However, they do ask you a lot of personal questions.

How Does Beirut Compare?