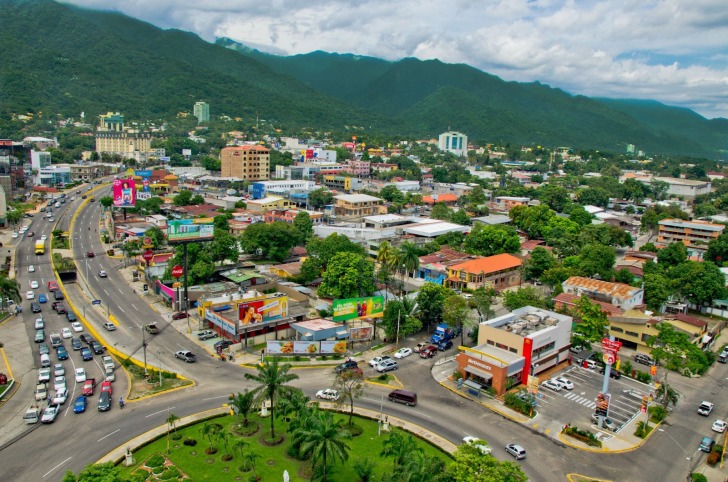 Honduras - safety as a country

San Pedro Sula is a city in northern Honduras.

It is the second-largest city in Honduras after the capital Tegucigalpa.

Though it has a very bad reputation for being a dangerous city, it also offers gastronomic and cultural diversity at its best.

Another plus is the fact that the beaches are nice and they are about an hour or two away from the city, so you can come and go the same day and have a great time in San Pedro Sula.

The people of San Pedro Sula, like most Hondurans, are friendly warm people. Just be aware of your surroundings at all times.

San Pedro Sula is unsafe to visit, and has many dangers. You should be aware that tourist hotspots, public transportation and some streets are places where most thefts and pickpocketing occur, and that violent crime exists on the streets, too.

Public transport is highly risky in San Pedro Sula. There have been robberies in public transport and buses are sometimes stopped while the robbers attack or harass the passengers. Be wary of unlicensed taxis since you might get kidnapped and robbed.

As for pickpocketing and bag snatching, it is a recurring concern on the streets of San Pedro Sula, so be careful and hold your bags tightly by your side. Make sure you don't flash your valuable possessions on the street, or better yet, leave them in your accommodation.

As for the natural disasters in San Pedro Sula, the rainy seasons that last from May to November bring many disastrous threats such as floods, hurricanes, and landslide. Apart from that, Honduras is located in an active earthquake zone so tremors can be expected.

Mugging is also an issue in San Pedro Sula. In such a situation, hand over all your possessions immediately and do not resist. Armed bandits often attack minibusses and vans loaded with tourists traveling from the airport to their hotels in San Pedro Sula. Avoid poorly lit and deserted areas.

The risks of terrorist attacks in San Pedro Sula are low, but since they shouldn't be ruled out, you must remain vigilant at all times and aware of your surroundings.

As in almost any city, there is a great risk of getting scammed if you're a tourist. Always check everything twice and negotiate everything in advance. Taxi drivers might try to trick you into paying more, giving you wrongful information about the price of the ride.

Many women have traveled alone to San Pedro Sula and haven't had any problems at all. However, this country isn't the safest in terms of females traveling solo, especially at night and you should exercise precaution measures at all times.

So... How Safe Is San Pedro Sula Really?

Though its residents (and many tourists) say that San Pedro Sula is a gorgeous city, you should keep in mind that it has extremely high rates of crime.

The most common form of crime is petty theft, pickpocketing and purse snatching occurring all the time on the streets of San Pedro Sula.

This means that you should keep your valuables in a concealed place and avoid going out with jewelry and flashy objects.

Be aware of your surroundings at all times.

Streets of San Pedro Sula are known for robberies that happen both during day and night, often carried out by two-man teams on motorcycles that snatch items from pedestrians.

Violent crime is a serious issue in the entire country, with crimes such as kidnappings, rape, assaults, and murders.

Armed robbery is a common problem, with armed bandits attacking minibusses and vans loaded with tourists traveling from the airport to their hotels in San Pedro Sula.

Sometimes they even stop the buses to rob and assault the passengers and drivers.

Murder rate may be the biggest concern for foreigners.

During the period between 2010 and 2015 Honduras had the highest murder rate in the entire world.

Because of this, visitors are strongly advised against discussing the details of their travel plans and accommodation in public.

How Does San Pedro Sula Compare?