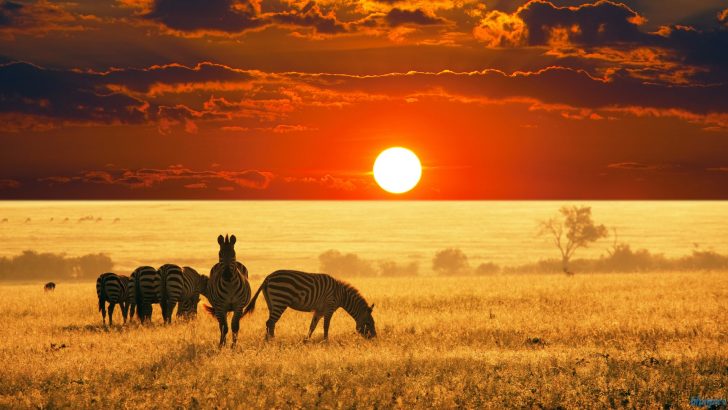 Rwanda is a relatively stable country located in East Africa, easy to get to know.

It is a landlocked country, sharing its borders with Uganda to the north, Tanzania to the east, Burundi to the south, and the Democratic Republic of the Congo to the west.

The country is relatively safe and traveling there will make for a great experience.

Another quality of Rwanda is that it is rich in flora and fauna and seeing its green savannah is truly breathtaking to experience.

The biggest attraction for tourists is its fauna, as it is home to some rare species of animals like the silverback mountain gorillas.

There are also many unique species of birds and insects in the tropical forest of Nyungwe so this country truly is a paradise for any nature lover.

There are plenty of things to do and see in Rwanda, the first thing on the list being Parc National des Volcans, which is the home of the mountain gorillas: it’s even possible to visit it as a day trip from Kigali.

Generally speaking, Rwanda is one of the safer countries in Africa to visit. This isn’t to say you should relax and let your guard down. Be vigilant at all times as this country has its dangers too.

Transportation is highly unsafe in Rwanda. All aspects of it are dangerous: the drivers are reckless, the roads are in bad condition, the vehicles are poorly maintained and to top it all off, there are many additional factors that represent a danger for drivers, like children running out on the road, people walking on roads and taxis driving recklessly.

Petty theft like pickpocketing, purse-snatching, and theft of other valuables and electronics exist and you should be very careful when carrying them with you. It is best to leave them in your accommodation, but if you must carry them with you, be especially careful in crowded places like bus and train stations.

Natural disasters that have been known to hit this country are numerous, some of which include drought, torrential rains, floods, landslides, earthquakes, volcanic eruptions, and epidemics.

Most crimes committed in Rwanda are non-violent. However, don’t stroll about as you would in your own country as there are still dark streets and deserted corners that are best avoided.

There haven't been any terrorist attacks recently in Rwanda, but they shouldn't be ruled out. Remain vigilant and aware of your surroundings at all time.

There are no known widespread scams to U.S. Embassy Kigali. As in most countries, you should always check everything twice and negotiate everything in advance. Taxi drivers might try to trick you into paying more, giving you wrongful information about the price of the ride.

The situation for women isn’t too dangerous, and they will probably feel pretty safe in Rwanda. Still, they are advised to apply all precaution measures they would in any other country. Do not find yourself in dark or deserted streets or poorly lit areas, don’t roam around at night unaccompanied and avoid bars and clubs altogether.

So... How Safe Is Rwanda Really?

Generally speaking, Rwanda is often described as safe for tourists and they are commonly welcomed warmly in Rwanda.

However, crime levels can’t be described as low, but rather as medium.

The socio-economic factors in Rwanda are slowly improving, the incomes of its people rising, especially in Kigali, so the attempted robberies, break-ins, carjacking, pickpocketing, purse-snatching and similar crimes, though they still occur, are much rarer than they used to be.

The greatest danger of living in Rwanda is probably driving and traffic conditions.

Drivers could be described as reckless, speeding all the time with disregard to other people’s safety, ignoring safe driving procedures and signs and taking unnecessary risks while on the road.

The vehicles are another issue as they are in poor condition and barely maintained in any way.

The quality of roads is also poor since they are unpaved and poorly lit.

To top it all off, there are additional road hazards like a motorcycle and van taxis driving erratically, children darting into the road and the general population often walking out on the road both during the day and night.

There is also some political turmoil in Rwanda as the Congo-based Democratic Forces for the Liberation of Rwanda rebel group still operates along Rwanda’s western border and has been linked to grenade attacks throughout Rwanda, including Kigali.

Apart from this, the terrorist group Al-Shabbab is active in the region, but Westerners haven’t been targeted so far.

How Does Rwanda Compare?