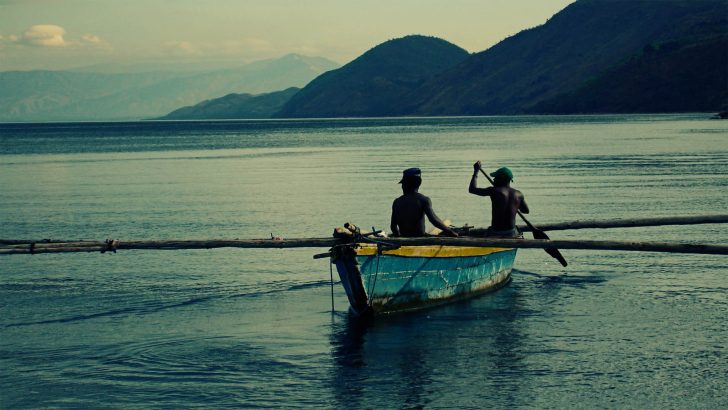 Burundi is a small country located in East Africa, with some cultural and geographical ties connecting it with Central Africa.

It is squeezed in between Rwanda, Tanzania and the Democratic Republic of the Congo.

Though it is not a common destination for most travelers that go to East Africa, if you have it in you to bear the risks of visiting Burundi and the means for it, you should definitely consider traveling here.

It has many risks to it – for example, traveling outside the capital of Bujumbura is a risky move, especially after nightfall.

However, if you’re an adventurer, you really might have a good time here, as you will mostly run into friendly people – just be sure to get vaccinated against malaria and to drink plenty of water.

You should also bear in mind that Burundi is still recovering from a natural disaster that occurred in 2014.

It is also shaken by political turmoil over the next elections.

If you do visit, be sure to visit the Nile Sources near Rutovu, and bring your swimsuit and swimming gear: the hot springs with picturesque surroundings are a heavenly experience for tourists.

Burundi isn't a safe destination for travelers. You should know that many governments advise their citizens not to travel to the country as it is considered very high risk. Be very aware of your surroundings at all times. Both petty and violent crimes are normal here.

Transportation isn't too safe either. Roads aren't exactly known for being catastrophic but they can be rather dicey at times, and traveling after dark can get dangerous due to incidents of armed robbery that have happened. Keep in mind that buses and public transport is where pickpockets and thieves operate.

As you would expect, petty theft and pickpocketing is widespread in Burundi. Make sure you don't flash your valuables and generally don't look like you're wealthy. Dangling cameras, flashing money or credit cards or expensive jewelry is strongly recommended against. Be particularly careful in crowded areas.

There are many natural disasters that hit Burundi commonly, like earthquakes, landslides, river floods, and water scarcity. There are factors in Burundi that heighten the country's susceptibility to these disasters, like soil degradation, deforestation, high poverty levels, and population density.

Petty crime is not the only problem in Burundi - violent crime rates are high throughout the country, and you can expect muggings, burglaries, carjackings and armed banditry on the roads. These occurrences are common and the risk increases after dark, so avoid going anywhere after nightfall.

Though Burundi hasn't been attacked recently, terrorist attacks shouldn't be ruled out and the biggest threat is coming from Al Shabaab group that has made public threats against Burundi because of its support to the African Union peacekeeping mission in Somalia.

There are many scams in Burundi, like in most poor and dangerous countries. Be wary of people trying to distract you in order to steal from you and of taxi drivers overcharging you for a ride. We advise you to be extremely careful when handling money and around ATMs.

Burundi is definitely not safe for solo female travelers. They are advised, if it is absolutely necessary that they leave their accommodation at night, to go out accompanied by someone. Be sure to avoid remote streets, both during day and night, and do not flash your belongings or handle money in public.

So... How Safe Is Burundi Really?

Burundi isn’t safe at the time and is currently in a state of unrest.

It is still shaken by the military coup that occurred in May 2015 and is recovering from the consequences of disastrous flooding that occurred in 2014, so tourists are strongly advised against traveling to Burundi.

Those that are currently in Burundi are encouraged to plan their departure from this country as soon as they have the opportunity to.

Though democracy has shown its face in Burundi during the recent past and with it, something resembling normalcy has returned to much of the country, travelers are still not safe here.

The biggest threat for both tourists and locals is the rebel group called Forces Nationales de la Libération that persists in attacking government forces, locals, civilians, and foreigners.

Apart from that, you will encounter incidents related to banditry, armed robbery, petty crime and other forms of violent crime, so avoid going anywhere after dark.

Due to threats on the streets, many roads, villages, neighborhoods, embassies, and organizations have curfews.

Monitor the situation closely and consult your embassy if anything goes wrong.

Bear in mind that in 2009, the Burundian government criminalized homosexual acts between males, so if you’re a member of LGBTQ community, stay away from Burundi.

There are some other issues to bear in mind, concerning your health in Burundi: avoid eating foods on kiosks and generally on the street and never drink non-boiled tap water.

Do not go to Burundi, if you haven’t been vaccinated for diseases and epidemics characteristic for this area.

HIV infection is also widespread, with some sources suggesting 18.6% in the cities have HIV and 7.5% in the rural areas.

How Does Burundi Compare?