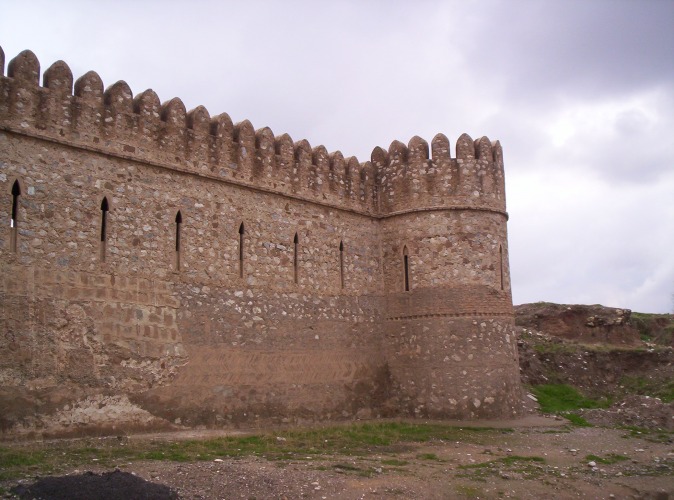 Since 2017, Kirkuk has been occupied by Iraqi forces due to the small battle that took place there.

Although Iraqi forces control the city, there have been several terrorist attacks in Kirkuk, including suicide bombings, vehicle explosions, and gunfire, which killed many innocent witnesses.

The city is not recommended for travel.

However, if you need to visit this city, you can visit Baba Gurgur (Eternal Flame)- that has been there for more than 4000 years.

Kirkuk Citadel – considered the oldest part of the city.

The citadel stands on an artificial mound 40 m high located on a plateau across the Khasa River.

Kirkuk is not safe for travelers; you can only move around in groups and preferably with paramilitary security. It is not recommended to walk alone. If possible, it is better not to go to this city at all.

You can move around the city only in your car, while it should be armored and guarded. If you use taxi services, be extremely careful, and do not drive alone. Cars in the city are often attacked. Take increased security measures.

Pickpockets operate in crowded places in Kirkuk, in bazaars, and near mosques. It is better to keep personal and precious things in the hotel safe, do not carry a lot of cash with you, and do not flash with jewelry. Compared to other problems in the city, pickpockets will not worry you much.

Armed robberies are prevalent here. For your safety, do not travel alone, stick to groups. If you were attacked, give what you are required to save your life. Do not go out into the streets of the city at night; it is incredibly unsafe. There are cases of kidnapping in order to obtain a ransom.

Street beggars and poor people can turn to tourists. They should not be trusted and should be avoided. Try not to chat with strangers. In crowds and crowded places, watch your pockets.

Women are not recommended to travel to Kirkuk themselves. It is even more dangerous to appear on the streets of the city at night. If you need to go to this city, then take care of the company, preferably men. Wear only modest clothes and do not attract too much attention.

So... How Safe Is Kirkuk Really?

In terms of crime, Kirkuk can be considered a reasonably safe city.

Here, the low crime index for all types of crime.

However, due to the high risk of terrorism and hostilities in the region, the city cannot be considered safe for travel.

The city is known for the case of kidnapping.

Most often, the victims of kidnapping are careless tourists for the sake of obtaining a ransom.

It is strictly not recommended walking around the city alone.

Better to move around in groups.

For travel, it is better to have an armored car.

It is a good idea to take care of paramilitary guards while traveling around Kirkuk.

There may be increased attention on Western nationals and interests in Iraq.

If you’re in Iraq or decide to travel, make sure you have robust security arrangements and contingency plans in place and keep these under review.

You should keep up to date with the latest developments across the country, including via the media and this travel advice, avoid any rallies, marches or processions, and follow the instructions of local authorities.

Before your trip here, carefully consider all options for the development of events and plan a safe stay in this city.

How Does Kirkuk Compare?