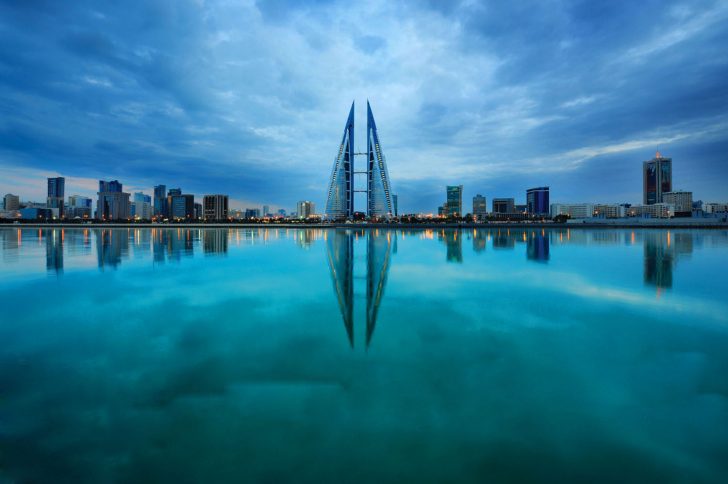 The Kingdom of Bahrain is a Middle Eastern archipelago located in the Persian Gulf, nearby both Saudi Arabia and Qatar.

The country is famous for its petroleum-based economy, but it also boasts a relaxed, cosmopolitan culture that doesn’t exist in its neighboring countries.

It has a social layer to it that sits well with the middle class, which is unheard of in Qatar, for example, a country inhabited only by the rich elite.

If you decide to visit Bahrain, rest assured you will have many things to do.

First of all, the beaches offer warm water all year round, even during winter. The water in Bahrain’s beaches is world-known for being very clear.

Bahrain also offers cultural and historical heritage with many forts and a plethora of museums such as Bahrain Al Oraifi Museum in Muharraq, Beit al Quran in Hoora (famous for its rare collection of Islamic manuscripts).

Visit the famous Tree of Life, special because of its location in the middle of the desert, among all the oil wells and the infrastructure of the petroleum industry.

Even though crime rate in Bahrain is generally low, the petty theft is a real concern in this country. Burglaries have also been known to happen, so it is necessary to remain vigilant.

Apart from the piracy that is a risk for anyone traveling by sea in the Gulf, tourists should bear in mind that transport in general isn't too safe in Bahrain. The roads are filled with reckless drivers who cause accidents regularly, even though the roads are very good. Especially at night, never go driving, because other, local drivers, tend to drive without the headlights on.

Pickpockets are a serious problem in Bahrain, like in the majority of destinations frequented by tourists. Be careful, keep your eyes open in public, crowded areas such as train stations and airports, and keep your valuables close by your side.

Muggings and kidnappings haven't been known to happen in Bahrain.

There is moderate risk of terrorist trying to carry out an attack in Bahrain, as there were numerous terrorist attacks in the Gulf region in recent years. Remain vigilant and aware of your surroundings at all times.

There aren't any known scams performed on tourists regularly in Bahrain, though visitors are still advised to negotiate everything in advance, double check your change and never pay anything upfront.

Women, as well as other visitors, should keep in mind the cultural differences in this country, and dress accordingly. However, Bahrain seems to be very safe for solo female travelers. Just apply basic precaution measures to minimize the risk of anything going wrong.

So... How Safe Is Bahrain Really?

Generally speaking, Bahrain is safe to visit, as crime rates in Bahrain are relatively low and violent crime is rare.

And even though this is the case, you shouldn’t let your guard down and relax completely because burglary, petty theft, and robberies are the most common forms of crime in this country.

When outside of your accommodation, it is very important not to wear expensive jewelry or flash around items such as hi-tech devices and cameras on display.

Visitors should always know where their belongings are and if it’s possible, it’s always smart to use the hotel’s safe for any valuables.

Since pickpocketing and other forms of petty theft are so widespread in Bahrain, tourists should consider using a money belt and be particularly careful with passports and other documentation.

When you reach your accommodation, check the lock: when you leave your hotel at night, it’s important to make sure that you are able to lock your hotel door as some hotels have discos that attract fishy faces.

Many tourists have reported their room being burgled so that’s why it is essential that you keep your valuables in the hotel safe or that you make sure your lock works.

Make sure you only use reputable taxis to get around Manama and other towns in Bahrain, as there have been reports of unlicensed cab drivers harassing women at night.

How Does Bahrain Compare?