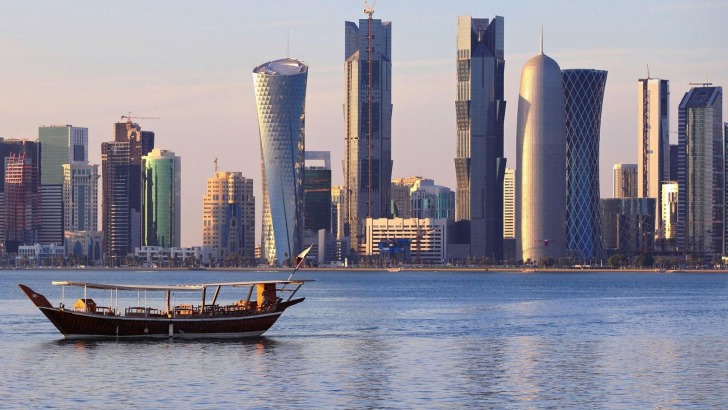 Qatar - safety as a country

Doha is an extremely fast developing capital of Qatar, a country that’s rapidly becoming more and more relevant in every way.

There aren’t many landmarks here, though, and it’s a bit less developed than Dubai or Bahrain.

Here, you’ll see a lot of resorts, restaurants, malls, and other recreation and other spots.

The people living in Doha are usually those that just work here, and they spend money elsewhere, apart from the obvious tourists that are known to visit Doha during their travels around the world.

At the pace it’s developing, Doha will become one of the most successful cities in the Gulf in a short while.

Doha must be one of the safest cities in the world. Apart from some natural threats to watch out for, you should have no worries about your safety. Crime rates are low and few precaution rules should go a long way.

There is a heightened risk when it comes to transport in Doha. Drivers may maneuver their vehicles erratically sometimes, and there are even some aggressive drivers driving at high speed.

Since it's a tourist destination, it is expected that there is some pickpocketing in public places. You should remain vigilant in crowded places and public places near tourist landmarks.

Keep in mind that temperatures can be extreme in Doha, reaching as high as 50C. Haze, dust storms and sandstorms are common and even severe thunderstorms may occur.

Mugging and kidnapping is also a very rare occurrence in Doha, so it shouldn't be on your list of worries. You can walk around the city all day, and not find one mugger or a violent incident.

There have been terrorist attacks in the Gulf region, in general, and the possibility of another attack is heightened. Attacks could occur anyplace, even at locations frequented by foreigners.

Even though Doha is not known for scams, when visiting any tourist destinations you should always be cautious when receiving change, negotiating rides or any kind of services, and also never pay for anything upfront.

For solo women travelers, the city is very safe. Although you will not find local women out of their home in late evenings, tourist women are behaving normally here and have no fear. However, women should ensure that they follow their customs and dress appropriately.

So... How Safe Is Doha Really?

Its crime rates are low, including violent crimes that are extremely rare, especially towards foreigners.

That isn’t to say that there’s absolutely no petty crime: petty theft exists, but it is not common although there have been some reports concerning credit card scams, so avoid using ATMs outside.

People here wear gold, LV bags, branded cars, high-end mobiles and in doing so – nobody gets harmed: this applies to the tourists, too.

Western women might experience some harassment, but the harassment will probably just be annoying and won’t represent a danger for anyone.

Bear in mind that, since Doha is an Islamic city, prostitution is strictly illegal, so it’s best to avoid it while staying here.

The police presence is very low, but the crime rate is almost non-existent and traffic rules are strictly observed through cameras.

There are only two dangers here: the roads – since middle eastern drivers have been known to drive recklessly; and the problems you can get into when you consume alcohol.

What might be seen as someone who’s just drunk and being a bit silly doesn’t go well in a culture that frowns upon alcohol.

Another issue for tourists in Doha is that homosexuality is illegal, and can be punishable by 5 years in prison.

Public displays of affection are also frowned upon.

If there’s an area to avoid here, it’s the slums on the outskirts of the city, where extremely poor people live.

How Does Doha Compare?