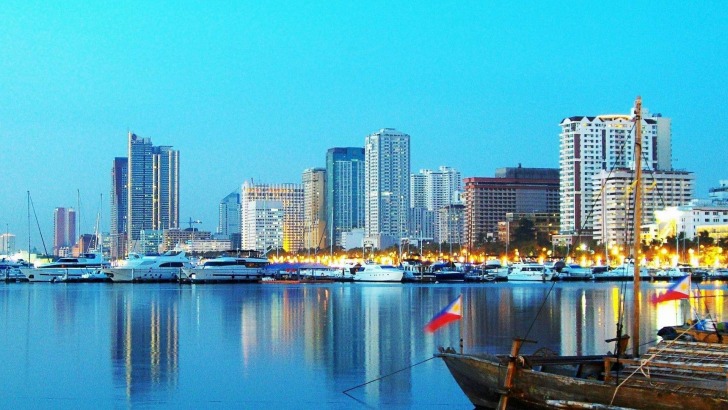 Manila is the capital of the Philippines and also the country’s educational, business, and transportation center.

Metro Manila is the most populous metropolitan region, composed of the city of Manila and surrounding cities.

It’s a shame that Manila is oftentimes overlooked by tourists and treated as merely a stop-over, because it’s an interesting city that’s rapidly developing, and offering its multi-cultural heritage and sprawling, bustling vibe.

Poverty, however, is very visible and heartbreaking.

If you drive around you will generally see street children begging or selling items on the road.

Most people are friendly to foreigners and will try to help you if you get in trouble or need assistance.

The criminal activity in Manila has been on the rise during the past couple of years, and though it's still a popular tourist destination, it has many dangers and is ridden with crime. You should be aware that tourist hotspots are places where most thefts and pickpocketing occur, and that violent crime exists, too.

Transport is not the safest and the most reliable in Manila. Count on taxi drivers trying to rip you off, extremely annoying traffic jams that Manila is notorious for, intolerant and reckless drivers, roads being inaccessible due to flooding and taxi drivers working without meters.

Though the risk of petty theft exists due to the popularity of this destination, and many pickpockets are operating around the beaches and popular tourist hotspots, the level of petty crime is low compared to many European capitals.

Manila susceptible to typhoons, floods, landlines, tsunamis, while volcanic eruptions are also becoming a serious issue in the country and threaten to endanger the city,

While there isn't much petty crime, the real concern for tourists here is the violent crime. Assaults, robberies, and kidnappings are very common in Manila and extreme vigilance is recommended.

There have been numerous terrorist attacks in the Philippines' recent history. Explosions occurred in the Quiapo area of Manila on 28 April and 6 May 2017, with many fatalities. The motive for these attacks is still unclear. It is best to remain vigilant at all times.

Be wary of people lurking around ATMs or anyone trying to distract you. Taxi drivers might try to trick you into paying more, giving you wrongful information about the price of the ride.

During a recent couple of years sexual assaults against women have increased in number, so it is advised that women avoid walking alone after dark. Apply all precaution measures at all times and avoid dark and empty streets and locations.

So... How Safe Is Manila Really?

Although the Philippine people living in Manila are known as friendly and welcoming, you should keep in mind that this is a poverty-ridden country, and this can be noticed especially in major cities

You’ll find them at villages, offices, malls, and yes, at corner 7-11s.

Most of this security is just a deterrent.

You don’t typically hear about security guards discharging their weapons.

Also, the police won’t help: for instance, the majority of the local community is so undisciplined that everybody and anybody can park their vehicles where ever they want, and the police who are supposed to implement the law, are the ones taking charge of breaking it.

You can often see police vehicles parked underneath “No Parking” signs.

Traffic enforcers are no exception – they enjoy the power of extorting money from anybody.

In the poorest neighborhoods, which make up a significant portion of the city, safety is a big concern.

Drugs are a problem, maybe not as rampant as the police would like you to think, but it’s still a major issue.

The police are regarded as the most untrustworthy government institution.

Although the city has undergone a huge improvement, the problems that plague the population remain.

How Does Manila Compare?