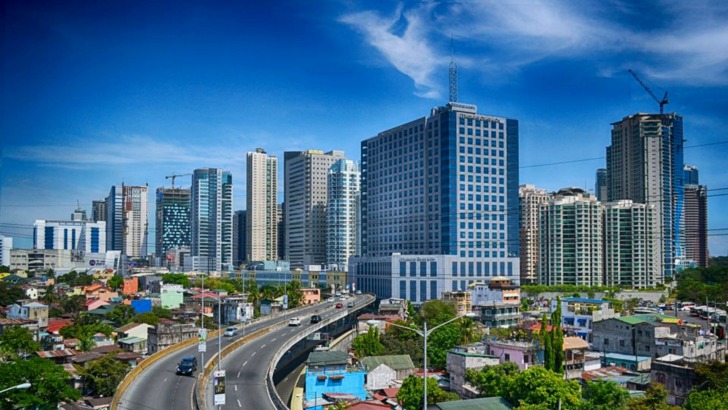 Cebu City reigns in a group of islands that comprise the Visayas region of the central Philippines.

It’s one of the most popular destinations in all of the Philippines that tourists adore visiting, with the busiest seaport in the Philippines and the second largest air hub.

The city has just recently started flourishing and in every aspect, too, due to increasing foreign investments.

Rapid economic growth has caused the emergence of a modern urban skyline and the development of a widening middle class.

Tourism here is also thriving from all over the world, especially Australia, United Kingdom, South Korea, Japan, and China.

In spight of the huge poverty of the city, it's still pretty safe here and foreigners won't have any problems if they just apply common sense.

Be wary of everyone and anyone (and their hands) sitting next to you on public transport and cover with your hands all pockets on backpacks and bags you're carrying.

Your biggest concern should be pickpockets and snatchers, most of whom are young children as Philippine law exempts them from jail time. Always leave your valuables home and keep an eye out for everything around you.

Cebu City is susceptible to many natural disasters. It survives about 20 tropical storms each year and has active seismic faults where earthquakes and volcanic eruptions occur.

Despite the poverty in this city and the liberal gun laws, Cebu City is a relatively safe city by Western standards where violent crime towards foreigners is rare. Still, apply caution and avoid poorly lit and deserted areas.

There have been numerous terrorist attacks in the Philippines' recent history. Explosions occurred in the Quiapo area of Manila on 28 April and 6 May 2017, with many fatalities. The motive for these attacks is still unclear. It is best to remain vigilant at all times.

Always carry small bills with you. Vendors will try and make you buy more things by saying they have no change for large bills. Apart from that, be wary of people lurking around ATMs or anyone trying to distract you. Taxi drivers might try to trick you into paying more, giving you wrongful information about the price of the ride.

Even though many women haven't had any problem in Cebu City, it is advised that women avoid walking alone after dark. Apply all precaution measures at all times and avoid dark and empty streets and locations.

So... How Safe Is Cebu City Really?

Cebu City is overall a safe city but it has many downsides and its dangers.

Although the Philippine people are known as friendly and welcoming, you should keep in mind that this is a poverty-ridden country, and this can be noticed especially in major cities like Cebu City.

What comes with this situation is, unfortunately, crime.

As an experienced traveler, you know that you should keep your belongings in a safe place, not to flash your valuables, especially parts of expensive technology, in public places, and not to carry all your money with you.

Pickpockets are mostly kids because Philippine law exempts them from jail time.

Even though Cebu City is crawling with pickpockets, it is not known for robberies and violent crimes.

If you do find yourself in a dangerous situation, unfortunately, you cannot rely on the police. In many cases, you should be wary of them as they can be easily bribed and might even try to scam you.

The following parts of Cebu can be unsafe at night: some parts of downtown Cebu, areas along Colon Street and surrounding areas, Mango Square and the Fuente circle where most of the city’s homeless live.

Another thing to remembers is that unfortunately, Cebu City and the province have been a hotspot for human trafficking and sexual exploitation by foreigners.

How Does Cebu City Compare?