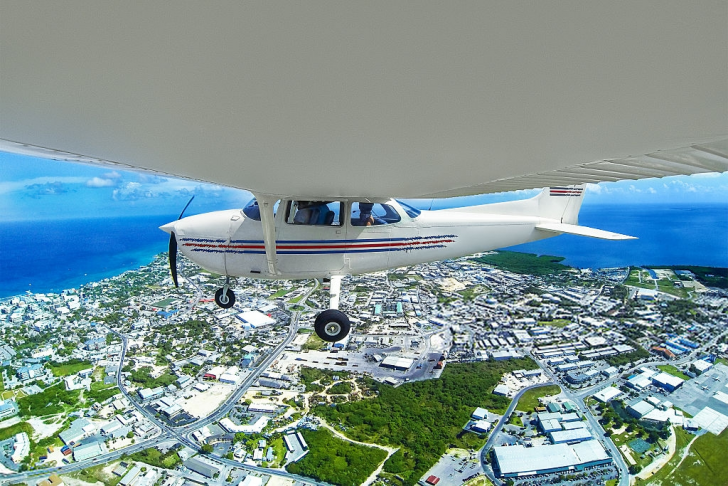 The Cayman Islands is considered to be an overseas territory of the United Kingdom which is located in the Western Carribean Sea, south of Cuba and northwest of Jamaica that is composed of three islands – Grand Cayman Little Cayman, and Cayman Brac.

Even if the islands have historic and political dependence upon the United Kingdom and one-fifth of the population is mainly of British provenience, the lifestyle, as well as culture, is closer to the American one.

It is often claimed that this territory is a haven for tourists due to both its natural beauty and favorable climate for diving and chilling on its clean shores.

The foreign investment in the banking system and tourism made islands to further develop and become one of the preferred attraction for Americans as well as hundreds of other tourists.

Overall the Cayman Islands are considered to be safe for tourists as there is little criminal activity that could somehow affect tourists. Even though, public authorities advise all the tourists to keep an eye on their personal belongings as well as always keep their doors and windows locked in order to avoid any cases of robberies.

You will not be using taxi services very often, but still, it is better to get a phone number of the person who drove you once if the delivered service was good enough than always to be looking for another one. Also, what is really interesting is that the prices are set by the government, so in this case, you are not at risk to be fooled.

Pickpockets are often met here as it is believed to be a relatively expensive touristic destination, but the police are currently fighting with this. Still, this does not mean that you should be careless, but instead, this is a nudge to be more attentive.

The is a well-known hurricane season in the are which is believed to be from June to November. If you are planning to go in this period on one of the islands do take into account all the evacuation orders and the advice of the local authorities. Also, there are earthquakes often registered in previous years, but these were harmless.

There are really few cases of mugging that are well-known to the public authorities, but still, this does not mean that we should be fearless. Do not walk alone in dark and not populated places in order to avoid any cases of violence.

Even if there is no historic data of any terrorist attack happening on the islands, there is still a chance for this to take place as this could be motivated by the conflict in Iraq and Syria.

As it is considered to be a safe place for all travelers, no differentiation between sexes needs to be done, but it is still advisable for females as it is everywhere in the world not to travel alone. If this is happening then try to make friends and tell them about your plans in order for them to know if something had happened.

So... How Safe Is Cayman Islands Really?

Even though there are records of robberies, it is more than safe to travel to the islands, since there is a lot of police protection provided to travelers.

Just as always while travelling keep in mind to take care of your belongings and do not walk alone in not so populated or dark places.

Political and Economic situation of the territory is more than stable, which means that public forces are well-functioning structures of the state and could take care of their citizens as well as of their tourists.

This makes the island a safe place from all points of view for all its inhabitants.

How Does Cayman Islands Compare?