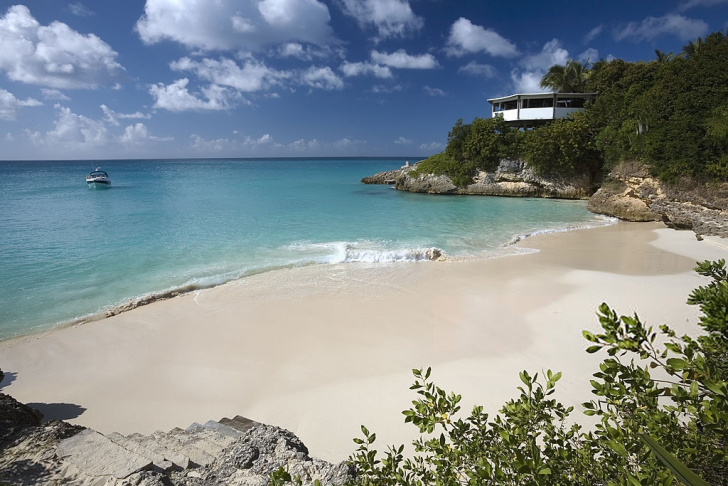 Anguilla is an overseas territory of the United Kingdom located in the eastern part of the Carribean sea which consists of the main island with the same name as well as a lot of other smaller ones that are uninhabited but instead often visited by tourists.

The majority of the island population is of African provenance as after the emancipation of slaves have been declared European platers migrated and all the land was either bought or taken by ex-slaves which made them became a society of farmers, fishermen or sailors.

Even if it was considered an agrarian island nowadays it became more focused on the development of the tourism and banking industries, due to not so favorable conditions for framers, unlike all other Carribean islands.

There is no overall risk that can affect citizens as well as tourists of Anguilla, but as in almost all touristic destinations, there are chances for crimes. The difference is that public authorities have developed a very secure portal where you will be both announced in case of some unusual circumstances as well as get help in case of necessity.

On the island, transportation is not so well-developed, as Anguilla is considered to be a small island and therefore almost all taxi drivers are known there by name and as a result, it reduces considerably the risk of insecurity. There is no bus route on the island, instead, the boat mean of transportation is very popular from one beach to another and very safe.

Even if it is considered to be an island with a low level of pickpocketing registered cases, there are some. These should be taken into account and as a result, became more attentive as well as always keep an eye on your belongings.

There is a well-known hurricane season which is believed to be from June to November, but the advice of public authorities is to keep an eye on the weather updates provided by National Hurricane Center that will predict the disaster. As a result, governance will take the necessary actions in order for everyone to be safe.

It is well-known that Anguilla is one of the safest Carrabian islands, which means that the risk of mugging is very low, but still, there are some registered cases of violence. This means that all the precaution measures should be taken in order to avoid such incidences.

Even though no historical data of any terrorist attack happening on the islands can be found, a chance for this to take place exists and this could be motivated by the conflict with Iraq and Syria.

As in almost all touristic areas, there are scammers, but this could be easily avoided by using common sense and trying no to be easily manipulated.

As all over the world women are advised not to travel alone, Anguilla is also a place that should be considered. Common pieces of advice are not to walk alone in dark places, always keep changing your route and discuss it with someone from the hotel administration.

So... How Safe Is Anguilla Really?

Taking into account all the factors discussed above, it can be stated that it is more than safe to travel to the island as from the majority of characteristics there can be observed a low level of insecurity.

A piece of advice that should be remembered by everyone while traveling is to take care of themselves as well as their belongings as even though the public authorities are considered to be well-functioning, this does not mean that all the cases will have a happy end.

Also, it is believed that all the precious things that one has should be kept by the hotel staff and not brought to the shore.

If you will fallow all the given advice we are more than sure that you will feel safe on the island.

How Does Anguilla Compare?