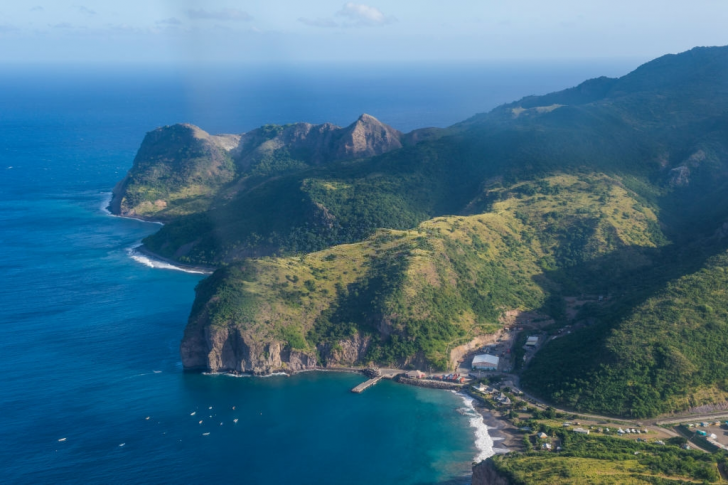 Montserrat is an overseas territory of the United Kingdom that is located in the Carribean and is considered to be part of the Lesser Antilles chain.

Their culture is considered to be a great mixture of influences from African, North American as well as European cultures which of course is interesting to be discovered.

Tourists are mainly interested in the natural disasters that have dramatically affected the island which is why it is far not safe to travel there in unknown areas without a guide as one could enter the so-called exclusion zone.

Even if it is claimed from the perspective of crime and theft to be safe, you should always take the same well-known and commonly known precautions measures.

There are two main means of transportation, minibusses, and taxi cars that in most cases have a green license plate which indicates that these ones are the safest ones on the island from the governance perspective.

Pickpockets are rarely met here but still, this does not mean that you should be careless, but instead, this is a nudge to be more attentive and keep a close look on your belongings.

The area around the well-known volcano of the island is considered to be vulnerable to volcanic hazard and as a result, more than half of the island is considered to be Exclusion Zone, which means that people there are not advisable to walk without guidance. This area is also a maritime exclusion zone. There is also a hurricane season that can affect the island that runs from June to November. Taking all of this into account, it is still believed that local authorities can ensure the safety of their inhabitants in case of an emergency.

There are really few registered cases of mugging but still, this does not mean that we should be fearless but instead be more attentive.

Even if there is no historic data of any terrorist attack happening on the islands, there is still a chance for this to taking place, but in any case, one piece of advice would be to follow local authorities' advice.

There are scammers on the islands but these could be easily avoided through using your common sense and trying not to be easily influenced.

It is considered to be a safe place for all travelers and this is why it is as well should be one for the women if following all pieces of advice.

So... How Safe Is Montserrat Really?

Montserrat is considered to have a really low level of crime as well as violence, but in any case, you are advised to keep a close look at your belongings, do not walk alone at night and use your common sense in any cases as this one will surely keep you out of trouble.

The main risk that you can encounter on the island is the risk of natural disasters that can put your safety in danger, but still, it is believed that local authorities can ensure that everything is going to be totally fine.

This is due to the fact that on the whole island it is installed a siren that will be working in case of emergency and if the case there are two radio posts that will make sure you will hear all the pieces of advice.

They also daily provide on that posts daily updates regarding the activity of the Vulcano and remind you of all the actions that should be taken just in case.

If you will be following all the recommendations given by public authorities, your guide or even locals you will for sure have a safe holiday on the island.