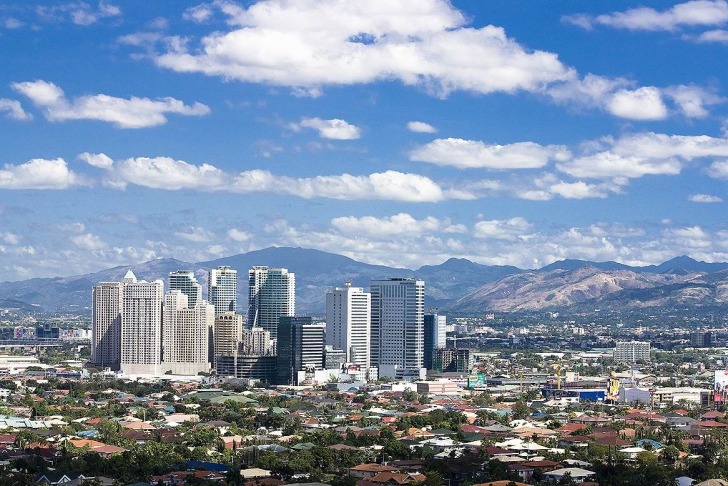 It has a population of about 2.7 million people.

Recently, it has become the hub of information technology as well as its entertainment industry in the Philippines.

Travelers come here to visit several fascinating landmarks such as Quezon Memorial Circle – it’s a national park and shrine with a mausoleum containing the remains of Manuel L. Quezon, the second President of the Philippines.

In the city, there are a lot of churches and museums.

If you avoid the remote areas of the city and do not walk alone late at night - the city can be quite safe. Do not leave your things unattended; always watch your pockets and bags. Cars must remain in a guarded parking lot.

Using public transport is not recommended - it often operates pickpocketers and is generally not very safe. Taxis are reliable but use only licensed services. If the car does not have a taximeter, discuss the price of the trip in advance.

Pickpockets in the city are not uncommon. Most often, they operate in promising vehicles or at stops. In crowded places, you also need to be careful. Do not carry large amounts of money.

The Philippines has been identified as one of the most vulnerable countries to climate-related disasters. Quezon City region is prone to flooding, earthquake, fires, and epidemic. Before you travel here, you should carefully consider the possibility of these risks.

Terrorism is a major social issue in the Philippines. Therefore, in Quezon City, there is a high probability of terrorist attacks. Examine the local political situation prior to your visit to the city and avoid crowds in the streets.

Most scams are connected with online fraud and SMS distribution. But tourists are more likely to touch scams with their bank cards. Be careful about your surroundings and withdraw money only at ATMs at banks and with security.

Women traveling alone are strongly discouraged from being alone on the streets of Quezon City. High probability of assault and sexual harassment. Don't be alone in bars and don't walk the streets after sunset.

So... How Safe Is Quezon City Really?

Quezon City is no safe place in the Philippines.

The level of crime is moderate to high.

Also, in the city, there is a high level of bribes and corruption.

The risk of kidnap is especially hazardous for visitors because terror groups target travelers from overseas for the high profile publicity and the high ransom they can obtain from relatively wealthy families.

But these crimes are not widespread.

To avoid this risk, you need to move around the city only in groups, do not walk around the town late at night, and avoid areas distant from the center.

Robberies often occur in the city.

Therefore, it is not recommended carrying a lot of cash, valuables, and jewelry.

Women are not recommended to travel around the city alone. Cases of sexual abuse have been reported. Do not linger late in bars, and returning home at night, use a taxi.

If you are traveling in your own or rented car – be sure to close it and park in a guarded parking lot – cases of hacking and car theft are quite common.

Use common sense and increased security measures to spend in Quezon City a good time.

How Does Quezon City Compare?