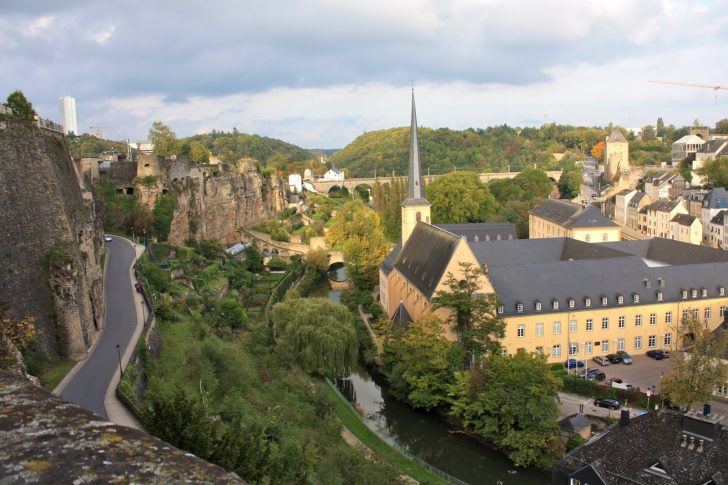 Moldova is a small country located in Eastern Europe, north of the Balkans, squeezed in between Romania to the southwest, across the Prut river, and Ukraine to the northeast.

Moldova doesn’t have a good reputation with tourists, and during the last decade it was famously called the ‘least happy place in the world’ in the bestseller The Geography of Bliss: One Grump’s Search for the Happiest Places in the World, and apart from that, it’s considered to be one of the poorest countries in Europe.

However, in the past couple of years, Moldova managed to start shedding that bad reputation, and more and more tourists are considering this picturesque country as a charming weekend destination.

Green hills and picturesque landscapes with woods, vineyards, and villages, are ideal for biking.

When you go to Moldova, you can also visit its monasteries, wineries, and nature reserves.

It’s got its safety issues but generally, it’s a rather safe place to travel to.

Overall, Moldova is a relatively safe country to visit. Not too popular with visitors, it is a country where tourism is only starting to develop. Moldova has its issues concerning crime rates and organized crime, but it is mainly safe and if you apply the basic precaution measures, you will minimize the chances of something going wrong.

The most reliable means of transportation is the bus - it will get you to most parts of the country. Chisinau is the main transportation hub for the country. There are three bus stations that serve every city and town in Moldova.The fastest form of transport is small minibusses which seat around 15 people. Larger buses also exist and are safer, because they travel at slower speeds.Be aware that taxis from the airport may charge more than originally expected. Tourist should only use official "yellow taxis" to avoid getting overcharged.

The biggest threat to travelers is petty theft, such as pickpocketing and bag snatching. This generally occurs in the usual areas of risk like crowded city streets in Chisinau and on buses and trains. Some tourists have even reported items missing from accommodations, so use common sense and be wise when handling money.

Moldova is located in a seismically active area and small earth tremors can happen; they are recorded throughout the year without consequence. The last significant earthquake occurred in 1986, causing fatalities and damage to buildings.

It is known that some Moldovans dislike minorities and will verbally and sometimes physically harass them. Some tourists of other races have even reported being denied entrance into certain clubs and restaurants or harassment by the police. Violent theft is rare, and so is kidnapping but you should stay away from unlit parks and dark alleys when muggings could occur.

There haven't been any terrorist attacks in Moldova's recent history, but they shouldn't be ruled out. Be aware of your surroundings at all times.

Watch out for taxi drivers and restaurant or bar staff overcharging you for everything. Negotiate everything in advance and never pay upfront. Always ask to see the menu prices in writing before ordering.ATM scams have also started happening with tourists reporting unauthorized transactions, most likely from skimming devices or hidden cameras stealing pins. The solution for this could be to never use an ATM on the street but to get your money from the ATM inside the bank.Unfortunately, police officers might also try to extort money from tourists. It's common for them to ask to see your passport; you can show it to them, but try to avoid handing it over. It might be expensive for you to get it back.

Moldova is not the safest option for solo female travelers. Use your common sense and be aware of your surroundings at all times. Avoid wearing purses and do not walk alone or ride in taxis at night.

So... How Safe Is Moldova Really?

Moldova definitely has its safety issues since it’s been, for a long time, the least visited country in Europe.

However, it’s slowly starting to shed that reputation even though these problems call for precaution measures.

Many say that Moldova people are very friendly and warm, but Moldova’s per capita alcohol consumption rate is among the world’s highest.

Running into drunks especially at night is common.

Most are friendly but they often come off as aggressive, trying to invade your personal space.

This can be scary the first couple of times, but if you politely walk away and try to ignore them, they probably will too.

When it comes to crime, there is some petty crime in Moldova, as well as violent crime, but it is also infamous for organized crime.

Organized crime groups in Moldova are responsible for human and drug trafficking, and there are even some reports that more than 400,000 women have been trafficked from Moldova since the country’s independence in 1991.

It is also the main shipment point of drugs into Western Europe.

There isn’t much the authorities are doing concerning this issue, however.

They do care but the lack of adequate equipment prevents them from implementing thorough investigations.

Even though bribery and police corruption are still problems in Moldova, the situation is improving.

It is recommended that tourists have the number of their embassy with them as well as the contact information of where they are staying.

Tourists have also reported that it’s possible to pay your way out of traffic violations in Moldova, be it real or imagined by the responding officer.

How Does Moldova Compare?