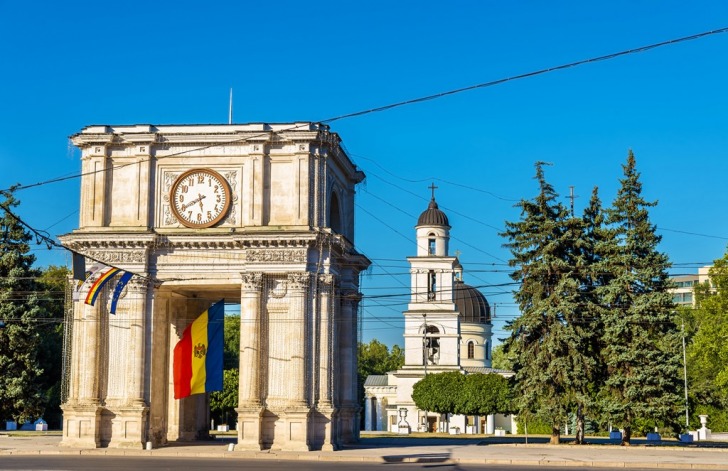 Moldova - safety as a country

Chisinau is the capital of Moldova, with a population of over 800,000 people.

Chisinau is very much a post-Soviet city, with both the good and bad qualities associated with it.

On the other side, you’ll see many modern and significant buildings of steel, concrete, and glass.

Tourists can see some of the city’s attractions, such as Cathedral Park, Stefan Cel Mare Monument, Rose Valley, Botanica Park – The most beautiful and the largest in Chisinau, located near the Gates Of The City; The Chisinau City Museum.

In Chisinau, there are many restaurants and cafes with national cuisine, and it is worth trying local dishes.

They are inexpensive and have a vibrant and unusual taste.

The city is safe enough day and night. Although at night it is recommended not to sit up in bars and not to walk along dimly lit streets, especially if you have a drink. It is always better to carry a photocopy of documents with you. Keep track of your personal belongings and use common sense throughout your trip.

Public transport is safe to travel but beware of pickpockets, especially in crowded buses. Taxi is secure, but do not catch the car from the street. It is better to take a licensed taxi or call from the application on your phone. Make sure that the price of the trip is agreed in advance or a cab with a taximeter.

There are many pickpockets in Chisinau, but if you watch your things and are careful in a crowd of people, this crime will not affect you. Pickpockets often wield in pairs and try to distract you so that another will pull out your wallet. Do not carry a lot of cash and jewelry.

Chisinau is exposed to many natural hazards, including droughts, early frost onset, earthquakes, floods, hail storms, and landslides, and severe weather patterns. Learn the current situation with this risk before your trip to this city.

Armed severe robberies are rare in Chisinau, but be careful. Most dangerous can be in areas remote from the center and in poorly lit streets. Be vigilant with those who offer you drinks at the bar; sometimes, by throwing a drug into your glass, the criminal will rudely rob you.

Although there’s no recent history of terrorism in Moldova, attacks can’t be ruled out. You should be aware of the global risk of indiscriminate terrorist attacks which could be in public areas, including those visited by foreigners.

ATM scams have hit the country, with travelers reporting unauthorized transactions, most likely from skimming devices and hidden cameras stealing pins. Some travelers advise never using an ATM on the street, to get money from the ATMs inside banks instead. Sometimes email and SMS fraud also occur to trick your card details.

Women in Chisinau can quickly move around without feeling dangerous. However, it is not recommended to walk alone at night. It is also better to use a taxi to return to your hotel. And don't wear defiant clothes.

So... How Safe Is Chisinau Really?

Chisinau is a reasonably safe city.

The crime rate here is from small to medium.

Most of the problems are related to petty theft, vandalism, and bribery.

Many streets of Chisinau are not lit or have poor lighting

At night, it is recommended to carry a flashlight. And look carefully under your feet.

Often the roads may be out of order.

Crossing the road should also be cautious – not every driver passes pedestrians even at a pedestrian crossing.

In bars, you should be careful with strangers.

There are times when they can add drugs to your drink to rob.

The police in the city tend to extort bribes from tourists.

Having taken your passport, they may require money to return it.

Carry a photocopy of your documents with you and do not give the original.

The most significant risk to travelers remains petty theft, such as pickpocketing.

This generally occurs in the usual high-risk areas like crowded city streets in Chisinau and on buses and trains, especially international ones.

Some travelers have also reported items missing from accommodations.

And use common sense.

Stay away from unlit parks at night and dark alleyways when muggings could occur.

How Does Chisinau Compare?