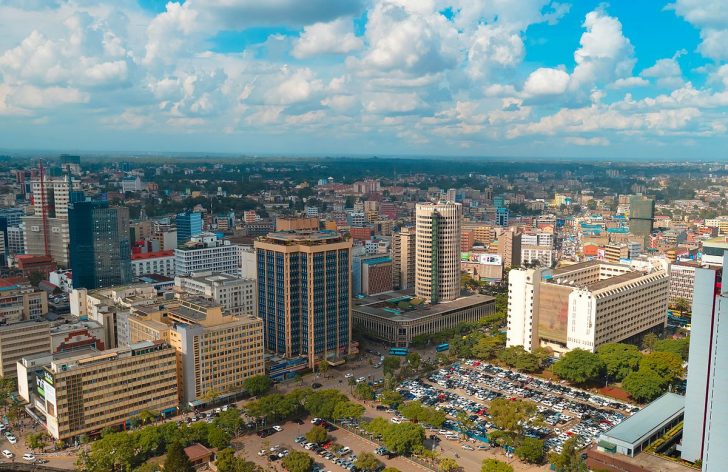 Kenya - safety as a country

Nairobi is a huge city located on the Nairobi River, with a population of three million people. It is considered one of the largest cities in Kenya and Africa.

The city was founded in 1899 as a swamp area but grew very fast due to administration and tourism businesses.

What tourists visit most are numerous churches, mosques, temples, such as the Cathedral Basilica of the Holy Family, All Saints Cathedral, Ismaili Jamat Khana, and Jamia Mosque.

They can also enjoy a range of restaurants offering nyama choma, which is a local term for roasted meat.

Today, Nairobi is an active and modern city that tends to meet everyone’s tastes.

The capital city of Kenya is not a safe place to travel, especially if you are not vigilant enough. You can easily become prey to robbers, muggers or pickpockets. The city is generally safe during the daylight, however, going to some parts at night alone is too risky. Be ready to protect yourself from violent robbery, car-jacking, and kidnapping throughout Nairobi.

What you need to know when coming to Nairobi is that Matatus, the minibusses that people use to travel around the city are frequently stopped by criminals. If you decide to drive, be aware that Nairobi has bad traffic, due to the lack of road signs. Only use a licensed taxi which is the best way of getting around the city, since walking is not generally considered safe for foreigners.

Once in Nairobi, prepare yourself to encounter pickpockets everywhere, especially in public transport. Bag snatching is common and armed robbery occurs regularly. Even though travelers are rarely targeted, there have been reports about incidents of violent crime against foreigners.

There are not too many dangers related to naturals disasters in Nairobi, but the rainy seasons might cause flooding. Earthquakes are also possible in Nairobi. However, they are not too severe.

Violent crime is usually followed by kidnapping and mugging. Nairobi is a city where you can easily be kidnapped to give them money and valuables. You need to get familiar with the danger zones to know what to avoid. The kidnapping of westerners became more common in Kenya. Kidnapping is usually operated by armed groups based in Somalia.

Even though terrorism is a worldwide threat, Kenya has a moderate probability of a terrorist attack. The threat from extremists linked to Al Shabaab exists and many attacks in Kenya happened in recent years. The police are patrolling the city and it prevented numerous attacks. Usual targets are places like churches and mosques.

Unlike violent risks, scams risk almost does not exist in Nairobi. You may not encounter beggars, but some people will try to talk to you, to distract your attention and steal something from you.

Women cannot feel completely safe in Nairobi since there were numerous reports of sexual assaults against women. High safety precautions are advisable and solo females should never walk through dangerous areas, especially at night.

So... How Safe Is Nairobi Really?

Nairobi is a city full of thieves and robbers.

The level of overall crime is high, which thus leads to the importance of being vigilant and practice common sense while in Nairobi.

The best advice for a tourist is to stay in the city center, not to carry large quantities of money while on the street, and do not accept help or drinks from strangers.

Also, slums should be avoided and make sure that you do not need to walk alone after nightfall.

Police are doing its best to protect tourists, but still, the level of crime does not decrease.

How Does Nairobi Compare?