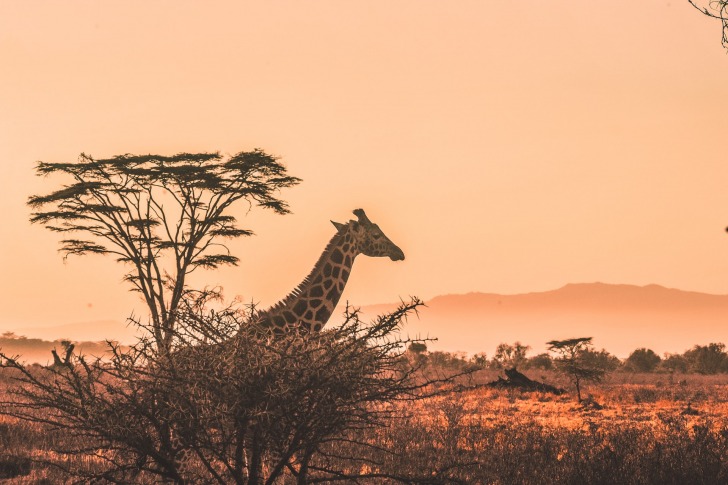 Kenya is a country located in Eastern Africa.

Apart from having a coastline along the Indian Ocean, it shares its borders with Ethiopia and South Sudan to the north and Uganda to the west.

Although it may come as a surprise to some, Kenya is the most powerful economy of East Africa, and although tourists have lately become more common in many parts of Kenya, you can expect hearing children shouting “Mzungu! Mzungu!” (which in Kiswahili means: “white person”).

As for sights and attractions in Kenya, what you shouldn’t skip in this country are some world-class reserves where you can see some of the finest African flora and fauna.

Kenyan national parks offer safaris unmatched in the entire world and are famous for lions, giraffes, elephants and huge herds of zebras, wildebeests, and buffaloes.

Apart from safari, Kenya offers gorgeous beaches for the lovers of summer activities, and several of them are located along the coastal regions and the city of Mombasa.

After 2008 post-election violence that emerged in Kenya, things have quieted down and the situation is now safe for tourists. However, it is still a rather dangerous country and it is highly advised that you remain extremely vigilant at all times.

Armed robberies on freeways and roadway robberies are common occurrences in Kenya. This is why it is best to avoid public transport in Kenya. For anything you need, you can order a taxi, and by no means should you walk on the streets at night.

By all means, avoid any displays of wealth in public. Never flash anything valuable, your money, credit cards, hi-tech equipment or jewelry. Pickpockets are regular in this country.

Kenya is susceptible to many natural hazards, out of which the most common that hit this country hard have to do with the weather. Floods, droughts, landslides, lightning/thunderstorms, wildfires, and strong winds regularly cause substantial damage to Kenya. You should also be aware of the widespread existence of HIV/AIDS.

Violent crime such as robberies, muggings, armed car-jacking, armed road-blocks is all regular occurrences in this country. If you get mugged a good tactic is to wave your arms and scream at the mugger. This is not good advice for situations where the muggers are armed. In such a case, surrender all your belongings immediately and don’t resist. Kidnappings are common in areas around South Sudanese, Ethiopian and Somali borders.

Terrorists are likely to try and carry out attacks in Kenya, as it has been the target of many attacks in recent years, particularly in Garissa, Lamu and Mandera counties and other areas close to the Somali border, most of which were attributed to Al Shabaab. Remain vigilant at all times.

There are no known scams specific for Kenya, but you should still be very cautious when it comes to street vendors or people offering you any kind of help that you didn't ask for.

Kenya isn’t the safest option for women traveling solo. If you do decide to venture into this country, be prepared as there have been reports of women being assaulted. Avoid walking anywhere unaccompanied, especially at night.

So... How Safe Is Kenya Really?

Although it is the most powerful economy of East Africa, you should be aware that petty theft and violent crime are a serious issue in this country.

Merely walking or driving through Nairobi may have severe (or some) dangers, so it would be best to have a guide with you at all times.

You shouldn’t relax even during the day, as daylight robberies and muggings in the crowdest of places occur commonly, particularly in the CBD (Central Business District, Nairobi).

When it comes to violent crimes, robberies and muggings aren’t the only things to watch out for.

There are carjackings and home invasions, burglaries with fatal consequences and they can occur any time, any place.

Avoid walking around during night and always take a taxi or a bus if you can’t afford a taxi.

Of course, as an experienced traveler, you know by now to avoid open displays of wealth and property, and flashing objects such as hi-tech equipment, mobile phones, laptops, MP3 players, etc.

Kidnappings are also common in Nairobi, so keep an eye out for anyone, at any time.

The violence that ensued after the elections in 2008 is certainly adding to the altogether discouraging rise of crime, with thousands of unemployed and displaced Kenyans are turning to crime in order to make for a living on the other side of the law.

How Does Kenya Compare?