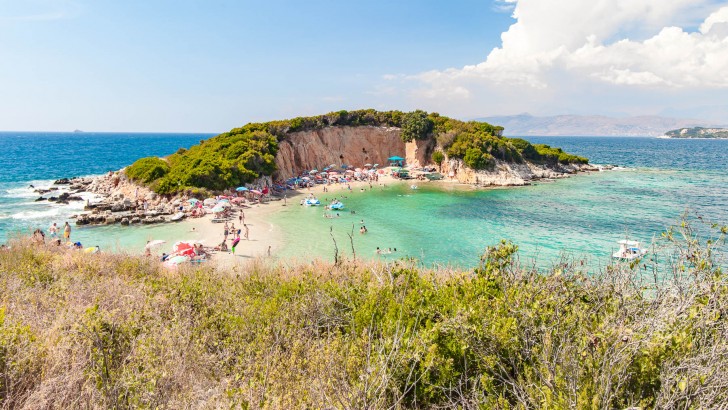 Albania is a country situated in Southeastern Europe, bordering Greece, the Republic of Macedonia, Serbia, and Montenegro, with a coastline facing the Adriatic and Ionian seas within the Mediterranean Sea.

The country counts for about 3 million people and its capital is Tirana.

Albania is a place that offers a real unique European adventure to any tourist.

Albania is one of those countries where you never know what you’re going to get, it is full of surprises and located a bit off the beaten track, and all this together makes way for a unique experience.

When it comes to Tirana, it is a colorful European capital, much more bright and green than people usually expect.

Unfortunately, Albania has a bad reputation in Europe as a crime-ridden nation.

However, in spite of this bad reputation, it is relatively safe to travel to Albania.

Albania is a relatively safe country to travel to. There are mild threats, nothing that should stop you from traveling there. In the main cities (Tirana, Durres, Vlore) there are no major issues, and the only area you should avoid is Albania's border with Kosovo.

Means of transportation are various in Albania but not very reliable. Just because there is a schedule, doesn't mean there actually is a schedule, so you can count on waiting for buses, trains, etc. However, it is mostly safe, but be careful of pickpockets on buses and trains.

Albania lies in a seismically active zone, and minor earthquakes and tremors are common. Serious earthquakes are less frequent but do occur.

Mugging, cell phone thefts, and carjacking do happen, however, these cases are not too common. Albania is not known for kidnapping, so you should be fine, but use common sense and be vigilant for any dangers at all times.

There haven't been terrorist attacks in Albania's recent history, but they shouldn't be ruled out.

Albanians are mostly warm and hospitable people, but there's always the risk of getting scammed if you're a tourist, and this also applies to Albania. Tourists have been overcharged for beers and street food, or given the wrong change, so try to avoid street vendors and negotiate everything in advance and check your change twice.Credit card fraud is also an issue in Albania and visitors should exercise caution by not letting the card out of their sight. As a tourist, be vigilant for strangers looking over their shoulders at the PIN number or for any interference with the machine itself that could indicate a camera or some kind of a scamming machine inside the ATM.

It is safe for women to travel alone in Albania, and most people will probably go out of their way to help in any way, but you should avoid walking in remote areas and alone at night.

So... How Safe Is Albania Really?

Albania’s bad reputation is hard to shake, although it is really a relatively safe place to visit.

This country does have some issues but they are mainly in the north of the country, on the border with Kosovo (a part of Serbia), since, over the years there have been many political incidents and quarrels with Serbia regarding the territory of Kosovo.

Albanians are mainly considered heavily armed people, so this is the reason why it is not safe to travel to those parts of the country.

Also, there are some unexploded mines left over from wars and conflicts in the region, so don’t go wandering around unmapped areas.

Another danger in Albania is that it is a country with around 100,000 tons of piled up munitions in various warehouses and depots.

These warehouses and depots represent a serious danger from an explosion and are not sufficiently monitored and dealt with.

In 2008 there was an explosion on a motorway near Tirana originating from one of these depots.

As for petty crime, pickpocketing and cell phone theft, as well as luggage theft are the most common forms of a crime you’ll find on the streets, and they are relatively common.

Carjacking is rare in Albania but vehicle theft is common so be sure to lock your vehicle before leaving it, and do not leave any valuables in a visible place in the car.

How Does Albania Compare?