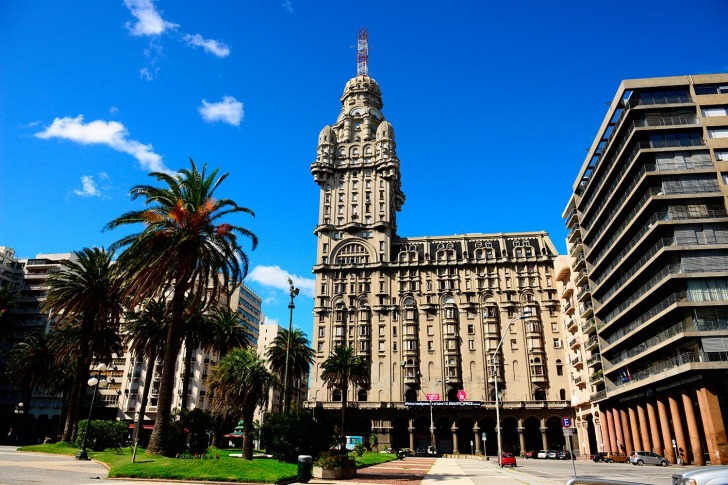 Uruguay - safety as a country

Montevideo is the capital city of Uruguay, a country in South America.

It is the southernmost capital city in South America.

The skyline is low, which makes for a mostly sunny city and trees are found on almost every street.

The general pace of the city makes it feel like a small town, yet here you can access the same variety and quality of services that you can find in any other capital city of the world.

It is a relatively pleasant and safe town (though people here will tell you otherwise, as the crime rate has been rising recently), but it is probably still the safest medium-big city in Latin America).

Montevideo is the capital of a country that is very safe, the safest country to visit in entire Latin America. It is economically and politically stable but the crime rates here are higher than in the rest of Uruguay because it's the capital.

Taxis and means of transportation in Montevideo are reliable and safe. You don't even need to negotiate the price of the ride because all taxis use taximeters.

If you look like an affluent tourist, that might be dangerous since you'll be an obvious target for pickpockets. The crime rate is low, but pickpocketing and bag snatching does happen.

Montevideo is known for floods and droughts altering during the entire year. You should pay close attention to the weather forecasts, and act accordingly, following the advice of local authority in cases of flooding or drought.

Mugging and kidnapping are also very rare in Montevideo, but it does happen at times, in less luxurious areas and parts of the city stricken with poverty. You should exercise caution and remain vigilant for possible dangers.

There haven't been any terrorist attacks in the recent Montevideo history, but even so, they shouldn't be ruled out, and you should stay vigilant for any strange behavior in your vicinity.

Scams are also not probable in Montevideo, but it is recommended that you follow common sense all the same. Be cautious upon running into strangers acting strange or trying to distract you by tapping you on your shoulder, spilling something on you, or running into you.

Montevideo is mostly safe for women to travel to. If you are a woman traveler, you should exercise caution and avoid empty, isolated and poorly lit streets and areas.

So... How Safe Is Montevideo Really?

Given the fact that Uruguay is one of the most economically developed countries in South America with a low level of corruption and a high living standard, it’s surprising that the crime rates have gone up in its capital, Montevideo.

However, the situation isn’t too serious and a little precaution will go a long way.

Caution and using common sense are always recommended as well as taking special care of your valuables and not leaving them in plain sight.

Petty crime such as pickpocketing and mugging, bag snatching and cell phone thefts still happen, and you should be aware of your surroundings at all times.

Transportation is mixed here when it comes to safety and reliable means of transport: there is a wide network of buses connecting all parts of the city, although tickets are expensive and the bus system is not easy to understand for newcomers.

Also, when handling money, do it cautiously, in secure places such as shopping malls and banks.

You should avoid dark, poorly lit and empty backstreets and areas, or going alone at night, in the entire country of Uruguay and especially here, in the state’s capital Montevideo where, naturally, most of the street crime happens.

How Does Montevideo Compare?