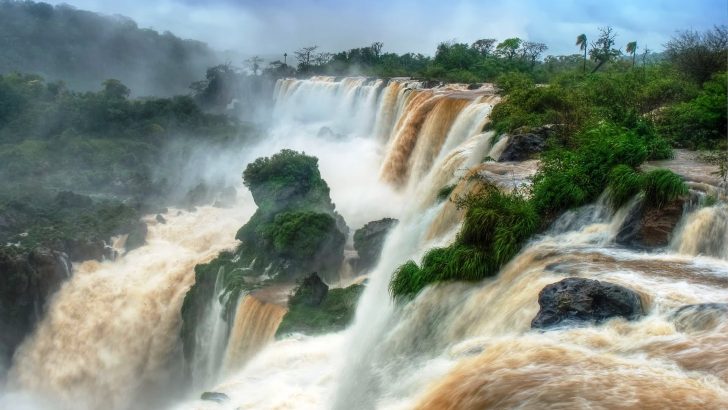 Argentina is a country located in the southern part of South America and it borders with Bolivia, Brazil, and Paraguay to the north, Uruguay to the northeast and Chile to the west.

In the east, Argentina boasts a gorgeous coastline.

Argentina is also known for its vast natural landscapes, rich wetlands, mountains that take your breath away, deserts, steppes, and massive ice fields as well as rich forests, and what tops it all off is the city life, namely Buenos Aires, which is like suddenly finding yourself in a moving train.

Despite the fact that Argentina is a very popular tourist destination, crawling with visitors (and pickpockets along with them), this country is among the safest ones in South America.

Overall, Argentina is a country where you should mostly feel safe. Follow general rules of precaution and your common sense, and your trip should go smoothly. Argentina's main issue is petty crime on the streets, since its rate is pretty high.

Transportation in Argentina is mainly convenient and safe, you can travel by trains, buses, so-called "colectivos" and taxis. Just be careful and pre-order a taxi instead of hailing one down on the street, since you might get overcharged for the ride. 'Radio Taxis' are easily spotted – they are black and yellow in the Capital, and white with blue letters in the Provinces. They are the safest option when it comes to taxis, especially in the capital. Airport taxis in Buenos Aires are white and blue.

As mentioned, pickpockets and purse snatching are very common in Argentina, it is actually a constant risk. Cell phone snatching also happens so you should keep all your valuables out of sight. Avoid wearing purses and keep your money in a hidden place, not easily accessible by pickpockets. Also be wary of people trying to distract you, it might very well be a way to take your money.

Unfortunately, Argentina is exposed to various natural disasters such as earthquakes, volcanic eruptions and storms (pemperos) that can cause enormous flooding (usually hitting the pampas and the northeast). Volcanic activity is also typical for the Andes, near the border with Chile (the Copahue volcano, still active and sometimes causing evacuation of the residents).

Even though violent crime is not common it does happen. Since muggings are not a rarity, if you do not cooperate when in such situations, the muggers might not hesitate to use force in order to take your valuables. This is why you shouldn't resist if such situation occurs. Hand over everything you own. Also, express kidnapping can occur, where tourists are taken for a few hours and forced to withdraw all their money from an ATM, and then released, usually without being harmed.

There haven't been any terrorist attacks in Argentina's recent history, but they shouldn't be ruled out. Be aware of your surroundings at all times.

As in any other tourist destination, scams in Argentina are a regular occurrence. Double check your change, since you might get tricked, negotiate everything in advance to prevent being ripped off, and avoid hailing taxis on the street since you might get overcharged in an unlicensed taxi.

For a female solo traveler, Argentina should be generally safe. You should know that in the evenings you might receive some unwanted attention and whistles by men, so you should probably avoid areas near bars and clubs, and go by taxi, not on foot. Avoid walking alone in poorly lit and deserted areas. Other than that, you should encounter no problems.

So... How Safe Is Argentina Really?

Argentina is generally a safe country to travel to, it is actually among the safest ones in entire Latin America.

However, by no means does that imply that you should be carefree when visiting this country.

You have to be very careful when moving across Argentina, especially larger cities since its rate of petty theft are very high.

Most crimes in Argentina are in the form of petty theft, pickpocketing and bag snatching.

Unsuspecting tourists are targeted in restaurants or crowded places such as Buenos Aires bus station, Retiro.

You should always be aware of your surroundings and keep your belongings close to you or in a deposit box.

The places to avoid when in Buenos Aires are La Boca, San Telmo, Florida St., Congreso, and Retiro, since there have been many reports of robberies going on there.

Another safety issue in Argentina is unregistered taxis that pick you up when you hail them down on the street and then charge an enormous fee.

These are the general issues when it comes to safety on the streets of Argentina, but even after taking them into account, Argentina can be considered a safe country compared to some of the others in its vicinity.

How Does Argentina Compare?