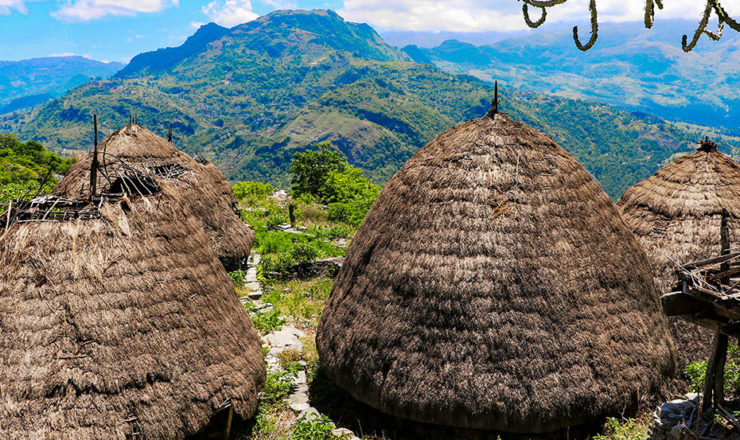 The Democratic Republic of Timor-Leste, otherwise known as East Timor, is located in Southeast Asia.

It is positioned northwest of Australia in the Lesser Sunda Islands at the eastern end of the Indonesian archipelago.

East Timor also stretches over the eastern half of the island of Timor, the Oecussi region located on the northwest portion of Timor, and the small islands of Atauro and Jaco.

Tourists are a very rare occurrence in East Timor, so if you do visit it, you can count on spending a couple of days simply enjoying the feeling of being a very interesting and a very welcome stranger.

The locals will probably try to start up a conversation with you since it’s not that common that they get to see a tourist.

East Timor’s location at the end of the Indonesian archipelago, and at the base of the Coral Triangle, enables those rare tourists to enjoy the highest diversity of coral and reef fish species on earth.

This country also offers a rich cultural heritage way back from the Portuguese and Indonesian colonial periods, and if you’re a more adventurous kind, you can immerse yourself in East Timor’s world-class trekking.

If you go and visit East Timor, you might have no negative experiences or incidents. However, it is a country where you should be vigilant and take all possible precaution measures in order to minimize the risk of something going wrong.

Public transportation is not the safest or the most convenient option: you are highly advised to call your reliable taxi driver instead of hailing one on the streets and be aware that public transport is where the pickpockets and thieves operate.

There is an extreme threat of petty crime in East Timor. As in any developing country, you should be extremely careful when handling your valuables and never carry your money in a purse or a pocket. Never carry all your money in the same place, and be aware of your surroundings at all times.

There are plenty of natural disaster risks in East Timor. This country is susceptible to floods, landslides and prolonged dry spells causing insect infestations, diseases, and food insecurity. Apart from that, East Timor is located in a high-risk area for earthquakes and tsunamis.

As far as muggings go, it is relatively common, as well as armed robberies. Cases of intruders breaking into homes inhabited by foreigners have been known to happen. It is best to be cautious at all times.

Even though there haven't been any terrorist attacks in East Timor's recent history, they shouldn't be ruled out. Tourists are advised to remain aware of their surroundings at all times.

Again, as in other developing countries, you should be aware that people will probably try to scam you. Be wary of anyone using tactics in order to distract you. Double-check your change and negotiate everything in advance.

Women should be particularly cautious if traveling alone to East Timor. Harassment and violence against women have been reported, even in areas near the Christo Rei (the statue of Jesus which overlooks the capital). Stay out of the streets at night and be vigilant for any possible dangers at all times.

So... How Safe Is Timor-Leste Really?

East Timor is a developing country and visiting it has its dangers since it is a country where crime and poverty are widespread.

Any tourist should bear in mind that robberies and muggings do occur, oftentimes at gunpoint.

Tourists have also reported their bags being snatched and having been assaulted.

Bear in mind that crime-related incidents are most common in Dili and around the beaches surrounding the capital.

All types of petty or violent crime are a common occurrence in this country.

‘Smash and grab’ thefts from vehicles can happen, so never leave your things unattended even if your vehicles are locked with windows rolled up, especially since there were occurrences of rocks having been thrown at vehicles, particularly during the early evening and at night.

This is also the reason why you should avoid traveling on foot or by car after dark, altogether.

There have also been reports of intruders breaking into homes where foreigners reside.

Gang-related violence is also not rare in East Timor, and with it cases of violence, robbery, arson and vandalism in major towns such as Dili, Maliana, Suai, and Same.

Apart from gangs, avoid armed groups of people, roaming around both Dili and the surrounding districts.

When it comes to women, they should be particularly cautious, since harassment and violence against women have been reported, included the area near the Christo Rei (the statue of Jesus overlooking the capital).

Criminals are also known to operate in the vicinity of Dili’s Comoro airport and at food storage warehouses.

How Does Timor-Leste Compare?