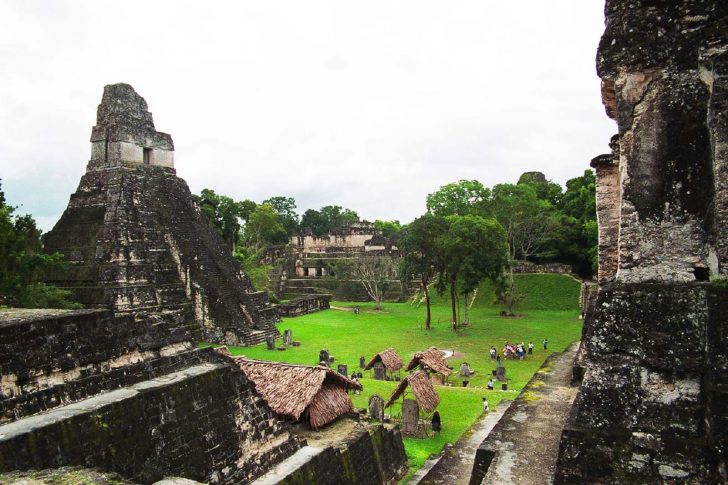 Guatemala is a country located in the Central American region.

It boasts two coastlines: a Pacific coastline in the southwest and a tiny patch of Caribbean coastline in the east, so apart from historically-motivated tourists, Guatemala is the perfect place for summer lovers.

It’s rich in culture and history stemming from Spain and the native Maya people which calls for hordes of tourists each year.

But apart from Maya ruins that are the main attractions of this gorgeous country (the most memorable of which are El Mirador, considered to be the cradle of Maya civilization, and Tikal), this country is rich in natural diversity and beauty.

Guatemala is popular for having a lot of volcanoes, many of them over 3,000 meters high.

For example, volcán de Pacaya (2500m) is an active volcano about 30 minutes outside of Antigua, and sometimes it is not even accessible as the volcano may be too active to observe safely.

Guatemala is not the safest country to visit. It has extremely high crime rates, of both violent and petty crime. You should be vigilant and take all possible precaution measures in order to minimize the risk of something wrong happening.

It is advised that you avoid public transport in Guatemala due to high levels of crime and armed robberies in crowded places such as bus or train stations, and on public transport as well. Always opt for calling a taxi from a reputable company instead of hailing one on the streets.

There is an extreme threat of petty crime. Pickpockets are an everyday occurrence, so you should be extremely careful when handling your valuables and never carry your money in a purse or a pocket. Never carry all your money in the same place, and be aware of your surroundings at all times.

When it comes to natural disasters, there are threats from forest fires from November to June. Then from May to November there is the risk of flooding that is caused by the rainy season. The volcanoes Fuego, Pacaya and Santiaguito have a moderate activity. Hurricanes and earthquakes also occasionally hit this country.

Violent crime is common in Guatemala so be extremely careful when handling money. One of the biggest risks in Guatemala is having your child kidnapped and then sold for adoption on the black market. Places to avoid are Volcan de Agua, trails around Lago de Atitlan, and Volcan de Pacaya.

There haven't been any recent terrorist attacks in Guatemala's recent history, but they shouldn't be ruled out. Be aware of your surroundings at all times.

As in any country there's a risk of getting scammed. Be wary of people trying to distract you in order to steal from you and of taxi drivers overcharging you for a ride. We advise you to be extremely careful when handling money and around ATMs.

Guatemala isn't the safest place for a woman to be visiting alone. If you do, be sure to avoid remote streets, both during day and night, and do not flash your belongings or handle money in public. Stay out of the streets at night and be vigilant for any possible dangers at all times.

So... How Safe Is Guatemala Really?

Guatemala is somewhat safe to visit.

Markets, public transport, and other crowded places are best to be avoided because tourists are easy targets in big crowds and Guatemala is a country of skilled pickpockets.

Areas such as the famous market of Chichicastenango are notorious for this, where pickpockets just discreetly razor-cut your clothes until they reach your wallet pocket.

Solola markets are also places where you should watch out for pickpockets.

It’s advised to avoid showing any wealth, so dress modestly and leave the jewelry and valuables at home.

If you think it would be safer to leave your things in your car – wrong again.

Guatemala has had many reports of car break-ins, and some tourists have had their car broken into while parked at the gas station.

Everything inside was stolen.

As you can see, petty crime is a serious issue in this country and you are advised to watch over your things very closely.

But Guatemala is known for violent crime, too.

As a tourist, you could easily encounter threats of weapons such as guns, knives and even grenades.

There have been several reports of tourists being robbed at gunpoint while climbing the volcano at Volcan de Agua, and a mother and daughter were shot at in July 2010 when they ran from their attackers, but they were, luckily, not injured.

Watch out when in public transport, as tourist buses and shuttle buses are places where many have been robbed at gunpoint.

How Does Guatemala Compare?