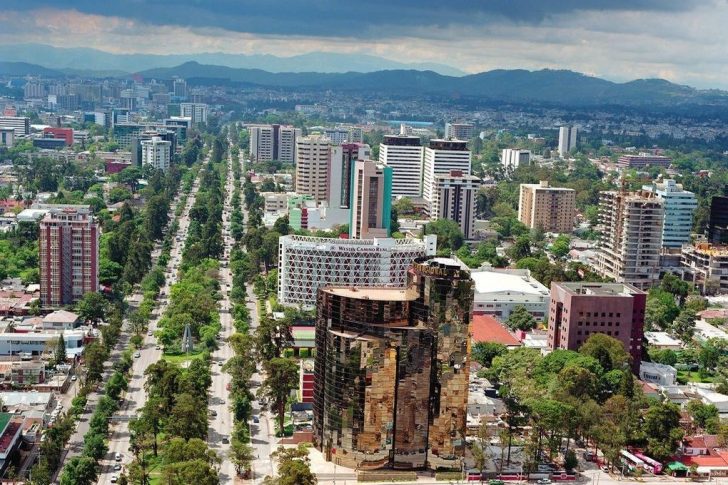 Guatemala - safety as a country

Guatemala City is the capital city of Guatemala, Central America.

It is the largest and most populous city here, with around 3 million people.

It can be interesting to visit it due to its modernity, plenty of attractions and nice restaurants.

One of the greatest experiences when visiting Guate, as it is called by its citizens, is Sunday evening gatherings when hundreds of local people come and meet at the main plaza.

As opposed to the size of the whole county, Guatemala City has numerous activities to offer to a craving tourist, starting from the antique churches, like Catedral Metropolitana, Calvario, and Iglesia de Santo Domingo, special historic and architectural buildings, to various adventurous happenings.

When the overall crime risk in Guatemala City is in question, it reaches the highest level. There have been reports of recent crimes against foreigners. The possible criminal acts include carjackings, robberies, and assaults of tourists, especially in public buses. Nevertheless, most visits to Guatemala are trouble-free, because tourists know where they come and are well prepared to act properly.

Traveling on public buses is not advisable for security reasons. Armed attacks on bus drivers and conductors, ending with serious injury or even death, often happen in Guatemala City. The attacks are usually performed by local gangs. Buses might be the cheapest but are the least safe way to travel within the city. The best solution to get around the city is by taxi. One type is the metered taxi, while in the other ones you have to negotiate a price and be prepared to pay higher prices.

The best way to avoid becoming the prey of pickpockets, which usually operate in markets, is to have as little cash as possible with you and not to boast with the latest technological gadgets in public. Volcan de Agua and Volcan de Pacaya are areas famous for robberies. Being in a group during the day might decrease the risk of being attacked, but that is not always the case.

Of all the possible natural hazards, Guatemala is prone to volcanic eruptions, hurricanes and occasional earthquakes.

Taking into consideration the fact that Guatemala is the most violent city in Latin America, kidnapping and mugging are possible and frequent. The best advice, if you happen to be the victim, is to give the criminals what they want, since they are usually after money, credit card or passports. Tourist guides often advise staying inside during the night, since there is no part of Guatemala City that is not dangerous.

The recent history does not record terrorist attacks in Guatemala City, but that can never be predicted. British nationals might be attacked by groups or individuals motivated by the situation in Iraq and Syria. Travelers should avoid being part of demonstrations.

The most common scam is when renting a car in Guatemala. Rent-a-car companies tend to accuse foreigners of damaging the vehicle and ask for money. Before you rent it, you should carefully check the car. Fake police officers are operating in Guatemala City and tourists became victims of theft and even sexual assault by people pretending to be the police.

Over the last year, there have been reports on female tourists becoming victims of brutal sexual assaults, where victims have been killed or seriously injured. Such attacks can occur at any time of the day, so women are not advised to travel alone.

So... How Safe Is Guatemala City Really?

Like any other big city, crime in Guatemala City is a great problem.

No parts of it are free from crime, and that is a big concern for travelers that are eager to visit this city.

Due to the fact that the city is popular among tourists and many of the visits pass without any issues, the best advice is to avoid areas known for the drug activity, use common sense when choosing a hotel, since there are cheaper hotels in more dangerous zones of Guatemala, which must be avoided, and not to use buses at night.

If you are an experienced traveler who is vigilant enough, you can still enjoy this beautiful city and what it has to offer.

How Does Guatemala City Compare?