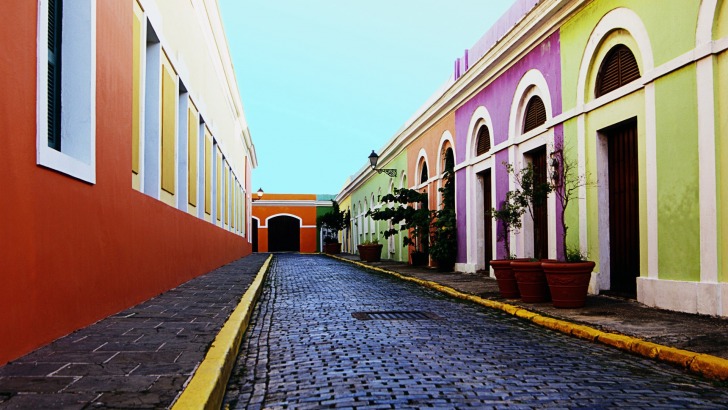 Puerto Rico - safety as a country

San Juan is the capital of and largest city in Puerto Rico.

The city itself is a messy mixture of everything you want – and don’t want – to encounter in a large city: you will drive along pothole-ridden roads and bask among touristic places, a charming set of old-world new-world buildings made by the public sector and other historic places.

People in their majority are warm and welcoming always eager to smile even if they don’t know you.

Puerto Ricans are party animals and almost everywhere you go, you will find some sort of town festival or party.

Many say that the city is a mix of Europe, New York City, and Latin America.

San Juan is somewhat safe but you should take precaution on the streets since it's the capital and as such, much more dangerous than the surrounding cities. Especially do so after dark.

Streets are always busy in San Juan and traffic jams are unpredictable. Be careful when riding a bicycle around the city because the roads are often crowded and unpaved. Pedestrians should also be careful in Old San Juan: the streets there are narrow, as well as sidewalks, sometimes crowded, with occasional trip hazards.

Be wary of pickpockets and bag snatching and keep your valuables safe by your side - San Juan isn't safe when it comes to petty theft. Never carry all your money in one place or leave your valuables in plain sight in a car or at a beach when swimming.

Although the island has survived a major hurricane problem, San Juan's biggest problems are constant heavy rainings and floods.

Mugging is not altogether uncommon on the streets of San Juan. In such a situation, hand over all your possessions immediately and do not resist. Avoid poorly lit and deserted areas.

Terrorist attacks are likely to happen in San Juan because Puerto Rican terrorists have been active in the United States and Puerto Rico for more than two decades. Due to the island's political status, separatist violence will likely continue. Remain vigilant at all times.

Traveling to San Juan isn't too safe for solo women; bear in mind that you should always walk in the company, never alone. Stay away from poorly lit and deserted streets and areas and from people that are visibly intoxicated or under the influence.

So... How Safe Is San Juan Really?

Unfortunately, San Juan couldn’t be described as a particularly safe city to visit.

Namely, like in the rest of Puerto Rico, there is the presence of the mosquito-borne Zika virus.

While Zika causes very mild symptoms, if any, in most people who become infected, women who are pregnant or planning to become pregnant in the immediate future are in danger.

Old San Juan is very safe and entertaining but it’s filled with tourists.

If you’re thinking of visiting San Juan, try to stay near the Condado area which is a very nice neighborhood.

There is a lot of police presence in San Juan that makes one feel comfortable.

Just avoid any areas that are not very well lit, have clusters of youth, seem decrepit and run down, or make you feel uncomfortable in any way.

All in all, the most important thing is that you try to keep yourself home at night rather than hanging out in bars where people get drunk; if you are a night owl, rather visit hotels and well-known restaurants.

How Does San Juan Compare?