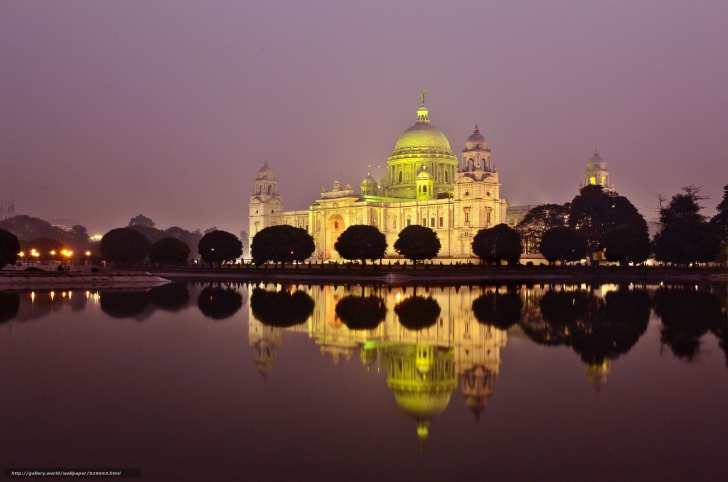 Kolkata is the capital of West Bengal and the second-largest city in India, right after Mumbai.

The city has a good sense of appreciation for art, culture, and food.

It is home to some of the best variety of sweets that will leave you with your mouth watering and compel you to reach out for more.

The infrastructure in this city surpasses any other in India and compared to most other Indian cities it is a very well-thought-out and structured city.

Kolkata has sky-touching tall buildings to lure you as well as the old traditional houses of the ’90s to make you emotional.

Though Kolkata is considered a generally safe city, there are more dangerous areas and less dangerous ones. You must remain vigilant at all times while spending time in Kolkata.

Be wary of pickpockets in public transport, and taxi drivers (as well as tuk-tuk drivers) trying to rip you off. Be especially careful in the overnight buses or trains. Keep in mind that driving is dangerous because of poor road conditions and the fact that India follows the left-hand driving system.

Pickpockets operate everywhere in Kolkata. Be careful not to get your pockets picked and bag snatching is another very common form of petty theft. Pickpockets are especially common in public transport.

The main threats to Kolkata when it comes to natural disasters are earthquakes, floods and severe storms that commonly hit this beautiful country causing great damage.

Muggings and kidnappings aren't at all common in Kolkata so you can relax.

India keeps being targeted by terrorists so there is a great risk of them trying to carry out an attack again. Anti-Western terrorist groups sometimes operate in India, including Islamist extremist groups.

This is a serious issue in Kolkata, India in general. If you're a first-time traveler here, you will most certainly get scammed as this country is notorious for scams performed on tourists. Taxi scams with taxi drivers convincing you to take other accommodation are very common, as are those where vendors give you less change than they should. Whatever service anyone offers you - you find out how much it costs first, because they will try to sell everything.

Sexual assaults are on the rise in Kolkata, and it is dangerous for women to travel alone in this country, whether by day or night. Always strive to be accompanied by someone when outside. Move-in groups and avoid poorly lit and deserted streets.

So... How Safe Is Kolkata Really?

Kolkata is among the safer cities in India, so if you came prepared for India and all its dangers, you’ll be just fine in the city of Kolkata.

Violent crime isn’t common in this country, especially not against foreigners, while petty theft does exist but it is more prominent in areas frequented by tourists.

Thieves have been known to break into accommodations and rooms where tourists reside.

Be prepared that people are going to try and scam you or extort money from you, even the police, though the situation with corruption has improved during the last couple of years.

India follows the left-hand driving system, which can cause difficulties for tourists wishing to rent a car.

If you plan on driving in India, bear in mind that Indian roads aren’t in the best condition and that Indian drivers can oftentimes be reckless when behind the wheel, and don’t forget that you might run into wandering livestock on the road.

How Does Kolkata Compare?